Banshee Tree has a sound as eclectic as its own members, spanning the dimensions of music in a brave new way. The band’s style is unique in how it crosses the boundaries of rock, punk, swing, and Django jazz—named after Belgium-born French guitarist Jean “Django” Reinhardt, who remains one of the most relevant European jazz guitarists of all time.

Lead guitarist and frontman Thom LaFond delivered some lightning-fast lead licks and captivating vocals supported by some sweet melodic electric violin riffs by Nick Carter. Lafond released a solo album titled “the Moon Leans In” earlier this year, you can check out his solo work here.

But Banshee Tree’s sound, as described by its members, can’t be pigeon-holed within the confines of the genres mentioned above.

“Django jazz-influenced for sure, but you can crank it up to a higher tempo and turn it into dance music, kind of like Golgol Bordello,” said Michelle Pietrafitta (drums/vocals).

Of course, a band doesn’t discover its own sound overnight. Through switching lineups, experimentation, and openness to change, Banshee Tree has finally come to a sound that had the Fort Collins audience dancing for their entire set. 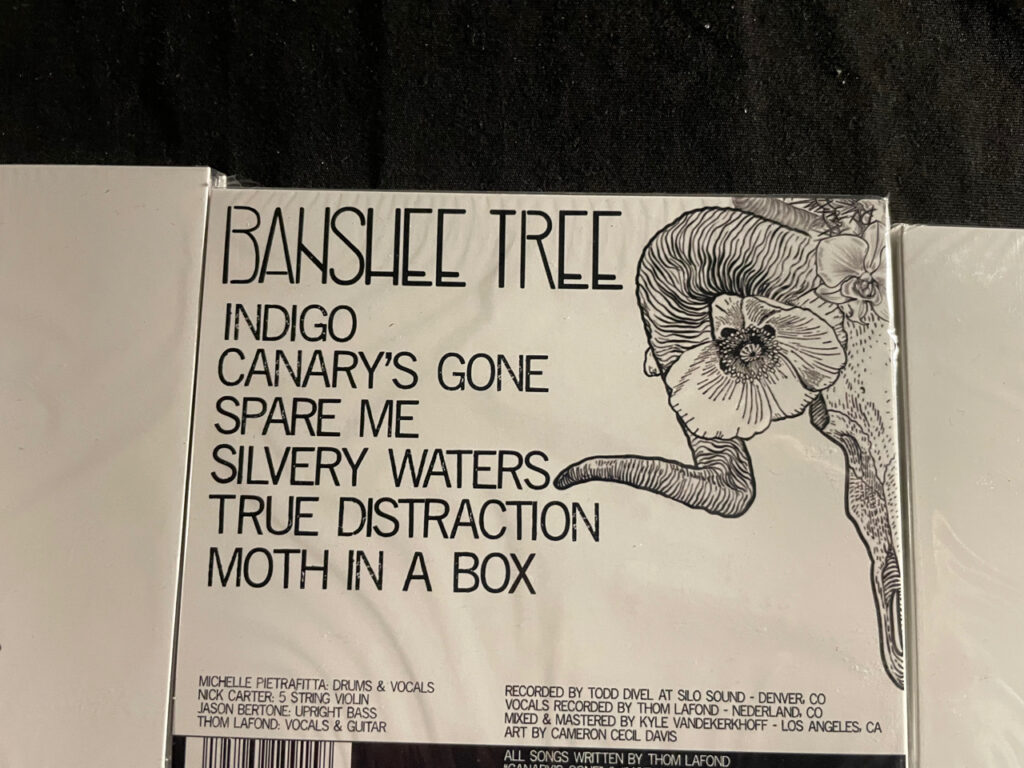