Hey, all you hepcats and dogs (and whatever else you might respectfully identify as), just wanted to bring your attention to an amazing show headed to the Aggie Theatre tomorrow (Friday) night.  There are shows and there are shows, but then there is THIS SHOW…the show of all shows, the show all other shows wishes and strives to be like! I strongly encourage each and every one of you to show up to this show because it’s going to surely be a show for the ages! (But that doesn’t mean it’s an all-ages show.) I’m, of course, talking about Buffalo Nichols with Houndmouth!!!

Now, I’ll warn you in advance, when you go to the Aggie Theatre website it’s going to say “Houndmouth with Buffalo Nichols,” which might be a bit confusing because my headline reads the reverse of that, “Buffalo Nichols with Houndmouth.”  So, let’s be clear, Houndmouth is headlining the show and Buffalo Nichols will be the opener, but here’s the thing, I didn’t talk to no Houndmouth, okay?  I talked to Buffalo and I talked to him for a long time, SO long, in fact, it was too long to run in this edition, BUT stay tuned for like the next edition because that is where my review/interview with the latest and greatest, up and coming artist Buffalo Nichols will be featured in its entirety; we talk musical origins, we talk Austin, Texas, we talk about the Black Keys and Jack White profiting off blues music while those who largely inspired them did not, we talk fedoras and plenty more!

As for the pertinent details regarding this Friday’s show, the doors are at 7 pm, the show starts at 8 pm, and tickets are ON SALE NOW.  Despite not having spoken to Houndmouth, I feel it’s unfair to hold that against them, so, here’s a little background information on these dudes so you can know what to expect.  Formed in 2011, they’re an American alternative blues band based out of New Albany, Indiana and the lineup consists of Matt Myers, Zak Appleby, and Shane Cody.  They signed with legendary indie label Rough Trade Records just one year after getting started and since that time they’ve become world-famous, appearing on David Letterman and working with famed producer Dave Cobb, as well as working with other famous Dave’s and David’s along the way.  They’re playing the Thalia Theatre in Chicago on February 26, which you can watch on live stream and tickets are currently ON SALE. 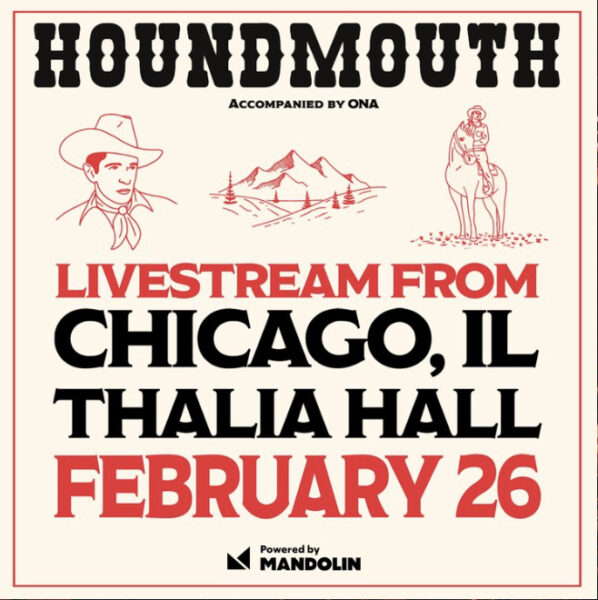 Buffalo Nichols has recently released his self-titled debut album with yet another legendary indie label, Fat Possum; Buffalo is Fat Possum’s first solo blues act signing in nearly 20 years!  More on all of that to come in next week’s edition when I write a full review on Friday’s show and get more into my in-depth conversation with the man himself.  But don’t just wait for my review, go check out the show for yourself this Friday and write your own mental review, and then compare it to the one I write!