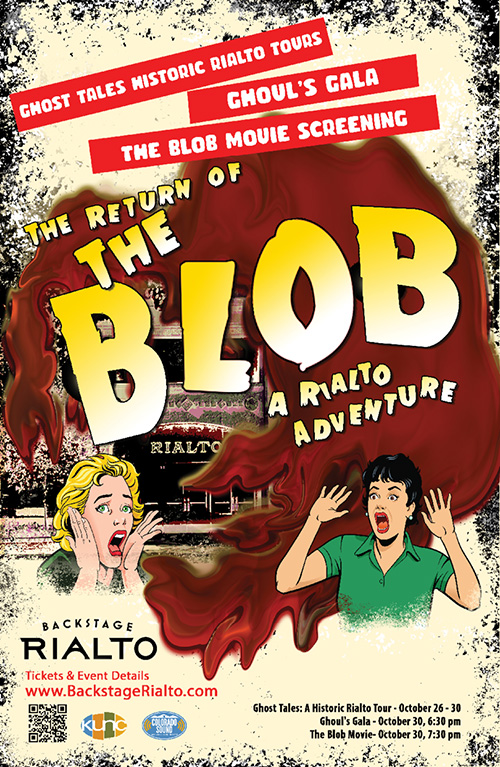 Proceeds raised from The Return of The Blob: A Rialto Adventure Event will go to supporting the theater programming and upgrades to the facility. The historical ghost tours will feature guided walking revealing the haunted history and legends.

There will also be a virtual version of the tour for patrons who cannot use stairs and prefer to stay home.

Dates and times for the Ghost Tales Historic Rialto Tour are as follows:

The Ghoul’s Gala will feature party-of-six packages priced at $240 and party-of-four packages for $160. The Gala will consist of assorted small bites and spooky charcuteries along with masked Halloween entertainment followed by the screening of The Blob. Those attending the Gala are encouraged to bring friends and wear costumes.

For more information regarding The Return of the Blob event, Backstage Rialto, or other upcoming events at the Theater, visit: https://www.backstagerialto.com/events or call the Theater at 970-962-2120