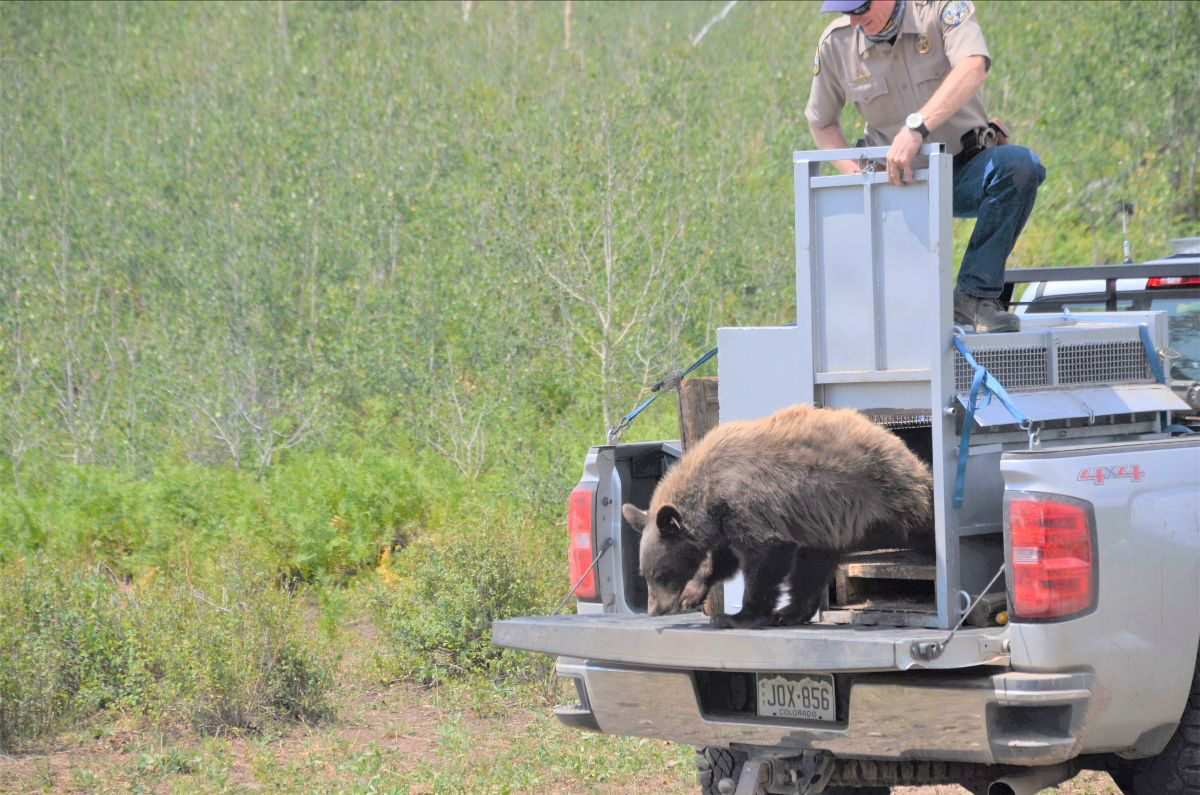 Officers with Colorado Parks and Wildlife have released a bear injured in a fire west of Durango in June back into the wild Monday, August 24 as it has now healed.

The bear was taken to and released at a remote location close to where it was originally found. Additionally, the bear was hesitant for a minute when entering its new surroundings but eventually jumped from a container and ran into the aspen forest.

“Now he’s got food, he’s got water, he’s got everything he needs,” said Wildlife Officer Steve McClung. “I hope I never see him again,” Steve said.

The bear was reported to the Colorado Parks and Wildlife (CPW) Durango office to be injured Tuesday, June 16 by firefighters at the East Canyon fire. Furthermore, the bear was tranquilized and taken to CPW’s Frisco Creek wildlife rehabilitation facility in Del Norte.

The bear was two-years-old, a male and was just 43 pounds with badly burned feet. Its paws were cleaned, received salves and had its feet wrapped to treat the burns. Additionally, the bear was kept in a pen with concrete floors to ensure the wounds would stay clean.

“He was a good patient,” said Michael Sirochman, veterinary technician and manager of the Frisco Creek facility.

The bear’s bandages were changed a total of 16 times from June to July and were placed in a regular pen with trees to climb and places to hide once its paws were healed. Currently,  the bear weighs 110 pounds and its paws are healthy and strong.

“He is now about the weight he should be for a two-year-old bear and is in good shape for going into the fall,” Michael said.

For more information regarding Colorado Parks and wildlife, visit: https://cpw.state.co.us