Q: In analyzing the data from bear interactions in Colorado, how would you classify the 2020 bear season (normal, below average, above average)?

A: Unfortunately I would classify 2020 as a fairly “normal” year for bear activity. “Unfortunate” is in reference to the still substantial number of conflict bear calls across the state. Compared to 2019 statistics it appears that human bear conflict numbers have decreased and the situation is improving. However, wildlife managers are hesitant to draw conclusions from a comparison between two years. As with many aspects of wildlife management, managers look to identify trends in data over several years to ensure that change is persistent and meaningful.

Q: What do wildlife managers do with this data from the bear reports?

A: As previously mentioned, these data sets are used to assess worsening or improving trends which can help wildlife managers identify specific areas that need to be addressed. Often wildlife managers use these numbers to articulate to municipalities, counties or land management agencies need for regulations or restrictions aimed at reducing conflicts such as trash ordinances.

Q: Seeing that trash was an attractant involved in one-third of the bear reports for each of the past two years, should more trash ordinances be enacted across Colorado? For the places they already exist, should they be enforced more strictly?

A: Trash continues to be the number one cause for human-bear conflict in Colorado. Ordinances can be effective when properly exercised and enforced. Many communities that have standing ordinances have reaped the benefits they can bring when accompanied by sound public messaging and strict enforcement. We have shown that it is beneficial when trash ordinances are consistent between nearby municipalities and the counties they lie within.

Q: What is the penalty for people who do not remove the attractants that lead to bear conflicts? Should those be more stringent?

A: Penalties for not removing attractants can vary by location and ordinance (if applicable).  CPW has a statewide regulation which makes it unlawful for somebody to fail to avoid conflict with black bears. Wildlife officers can issue a citation which results in a $100 fine (plus surcharges) and suspension points toward hunting and fishing privileges. Many local municipal or county ordinances have stricter penalties which can escalate with subsequent violations. The

effectiveness of fines is often tied to the consistency of enforcement and the community’s perception of the problem.

Q: 2020 was a hard year with drought and fire. What effects did that have on Colorado’s black bears?

A: Drought has been a part of black bear management in Colorado for decades. Typically drought equates to failed natural food production and increased conflicts. 2020 saw unprecedented wildfires across the state. How drought and fire affect black bear behavior is heavily dependent on the geographic location where these hardships occur and pre-existing human-bear conflict in that area. Both drought and wildfire are natural phenomena. In settings with minimal human development or influence there are stronger biological impacts to bears such as abandonment of cubs or sows not becoming pregnant due to delayed implantation. In areas where human-bear conflict already exists, loss of natural food sources often lures bears into seeking human-related food sources (trash, bird feeders, fruit trees), which can offset food shortages and mitigate the natural biological checks that control bear populations.

Q: There is a high number of bears entering homes and dwellings. Is this a product of diminishing habitat, bears losing their natural fear of humans, or both?

A: The number of bears entering homes and dwellings is a result of many factors. As listed, decreasing habitat and a loss of fear of humans likely both contribute to this increasing number. Additionally, human perception of what is “conflict” also plays a role in what humans are willing to tolerate and allow. In many places, humans choose to not recognize nor mitigate mild conflicts, which result in both humans and bears establishing an increased tolerance. This perpetuates conflict in various forms and over time increases the frequency and severity of conflict to where the behaviors pose a higher risk of injury or death to both bears and humans.

Q: What would you say to people who are afraid to report bear issues to wildlife officials because they think that all CPW will do is kill the bear?

A: Every year CPW receives calls from people that are hesitant to report bear conflicts because they are afraid that it will lead to the euthanization of the animal. CPW does have a policy that guides response to bear conflicts, but much of the policy is aimed at preventing or mitigating conflict before it becomes severe enough to warrant euthanization. The goal of every Wildlife Officer in Colorado is to perpetuate the wildlife resource, not eliminate it. Mitigating conflict or changing bear behavior is easiest when it first begins. When conflicts first start, the number of tools available to both the public and Wildlife Officers is significantly higher and much more successful. After conflicts have persisted and gone unchecked, it is more difficult to change the behavior or untrain the bear. If people want to see a happy ending for bears, it is crucial for them to play an active role in addressing the nuisance bear behaviors early, when conflict starts and isn’t serious. By reporting bear conflict early on, CPW staff can provide suggestions on how to curb issues and can recognize areas of conflict that need more assistance.

Q: Does Colorado have a stable bear population?

A: Most locations in Colorado are seeing an increasing number of bears. As previously mentioned, bears have learned how to use humans and human-related food sources as a crutch that helps them thrive in even poor natural food years. As the number of bears in Colorado increases so has the number of people. With a finite amount of room and increasing numbers of both humans and bears it is inevitable that there will be more conflicts.

Q: If I’m a resident and want to get involved to help Colorado’s bears, what can I do?

A: The best way to learn how to get involved is to contact your local CPW office. There are various opportunities across the state from Bear Aware programs to citizen advocacy groups and grassroots coalitions that retrofit trashcans to make them bear proof. Find what works for you and benefits your neighborhood and help to be a part of the solution.

Colorado Parks and Wildlife is providing additional resources to assist with your media coverage on being Bear Aware in Colorado this fall, so residents can work towards keeping our bears wild. 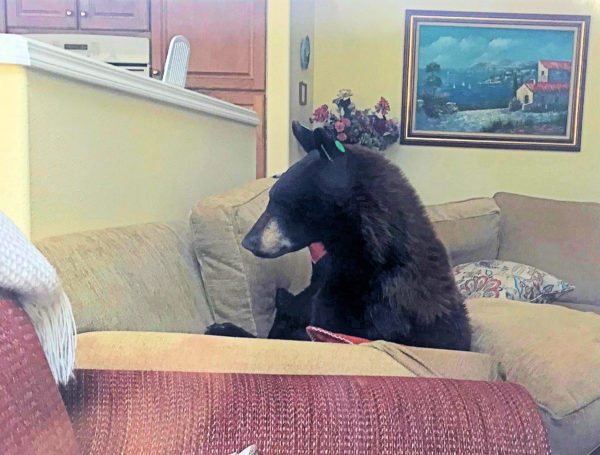 The link below will open a folder containing: 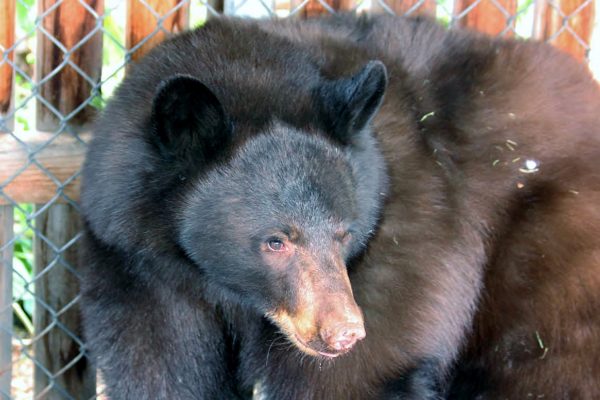 If you need additional images or to schedule an interview, please contact your regional Public Information Officer.

Thank you for helping CPW spread the word on the importance of being Bear Aware and making small adjustments to your home and outdoor routines to keep wildlife in mind.