Confirmation of pest near Berthoud is first in county

National and state experts have confirmed the presence of emerald ash borer (EAB) – an invasive, highly destructive tree pest – near the Town of Berthoud, in Larimer County. This detection represents the first-ever in the county and the third confirmation of EAB in Colorado outside of a federal quarantine in less than two months. 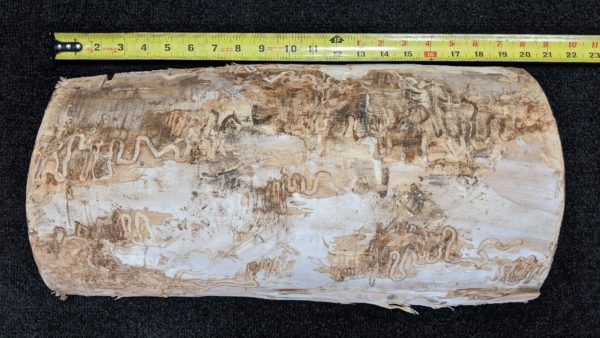 An estimated 15 percent or more of all urban and community trees in Colorado are ash species susceptible to being killed by EAB – and a majority of these trees are on private land. EAB attacks and kills both stressed and healthy ash trees and is so aggressive that trees typically die within two to four years after becoming infested.

It is unknown whether this pest arrived in Larimer County by natural spread or via accidental human transport, such as in firewood or other raw ash material. Staff with Larimer County and the City of Loveland recently helped to obtain insect samples gathered near Berthoud, after an arborist brought an ash log containing the insects to the Loveland recycling center. A Colorado State University Extension agent delivered the insects to an EAB expert on campus, who first confirmed it as being the pest; it was then confirmed a second time this week by a national EAB expert in Brighton, Mich.

The infested ash was located on private property in unincorporated Larimer County, less than three miles southwest of Berthoud. Foresters are now in the process of conducting field inspections of ash trees on other properties in the vicinity, to determine the extent of observable EAB infestation.

This detection, like the other most recent Colorado detections in Broomfield and Westminster, occurred outside the existing EAB quarantine. The state quarantine boundaries will not change, however, due to plans for its repeal. The quarantine, which primarily encompasses Boulder County, was established six years ago in an effort to prevent or slow the insect’s spread via the movement of ash nursery stock, firewood and other wood that may contain the pest. The Colorado Department of Agriculture (CDA) and USDA Animal and Plant Health Inspection Service are now preparing to repeal it at the end of the year, with a formal process beginning last month.

The repeal is largely due to the insect’s ability to naturally spread to new areas, without the movement of infested wood is the sole means for population expansion. CDA is also removing the quarantine to allow already-affected communities more options for the disposal of removed trees, and because other means are now in place to help slow the spread of EAB in Colorado. These include the presence of chemically treated trees in affected communities and biocontrols that prey on EAB now having established populations in Boulder.

EAB was first confirmed in Colorado in 2013, in the City of Boulder. Since then, the pest has been confirmed in several other municipalities in Boulder County within the quarantine, as well as in Broomfield in late August, and Westminster in September. Experts have now detected EAB in four Colorado counties – all along the northern Front Range.

Many Front Range and Larimer County communities have been managing for EAB before its arrival, including Berthoud, Fort Collins, Loveland, and Windsor. Approximately 22 percent of all public-area and street trees within Berthoud are ash (Fraxinus spp.), but there is no current data on the percentage of private property ash in town. In preparation for EAB, Berthoud began selectively removing and replacing undesirable ash trees approximately three years ago, in addition to treating highly valuable ash. Town staff are advising Berthoud residents to act now; residents should first determine if their property has any ash trees and if so then evaluate the condition of each tree now and in the upcoming spring. They also should decide whether to have ash trees treated next spring, or removed and replaced.

Larimer County also has been preparing for EAB. The county forester previously identified ash trees on county rights-of-way, which were later removed under the direction of the County Road and Bridge Department. In addition, many ash trees in Larimer County Parks already have been removed and replaced with other tree species not susceptible to EAB.

General public information about EAB is available at csfs.colostate.edu/emerald-ash-borer. Larimer County residents with questions specific to EAB management on their property can also contact their local municipal forester; those outside a municipality with a forestry department can contact the county, CSU Extension or the Colorado State Forest Service:

For more information about ash tree identification, the symptoms of EAB and treatment options, go to eabcolorado.com or csfs.colostate.edu/emerald-ash-borer.

Emerald ash borer (EAB) is a non-native, wood-boring beetle that is responsible for the death or decline of tens of millions of ash trees in the United States and Canada. This insect was first discovered in Michigan in 2002, and since then it has spread to at least 35 states, including Colorado. As a non-native insect, EAB lacks predators in North America to keep it in check. EAB typically only attacks ash trees in the genus Fraxinus, but has also been documented infesting white fringe tree. Mountain ash and other tree species are not susceptible. 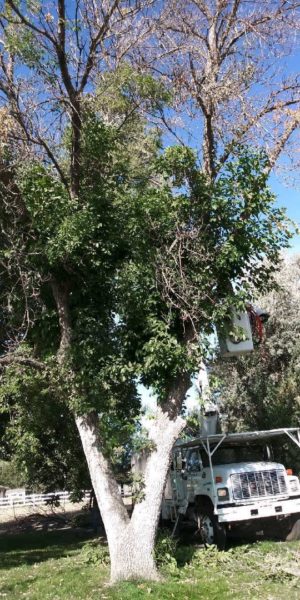