When pedaling along our local bike trails scenery and time pass us by. But when we ride we can open a door to local history, taking us back to a time when the area was “black with buffalo” and teepees of native people came and went with the seasons.

All along our bike trails are remnants of history. So the next time you’re on a trail, take a moment to hit the brakes and step back in time.

Built in 1873, the Milner-Schwarz house is the oldest remaining brick residence in Larimer County. It was later the home of William and Lizzie Schwarz, Germans from Russia who raised beets for the nearby sugar factory. The Loveland Historical society now operates the house as a museum with a miniature railroad running through the gardens. 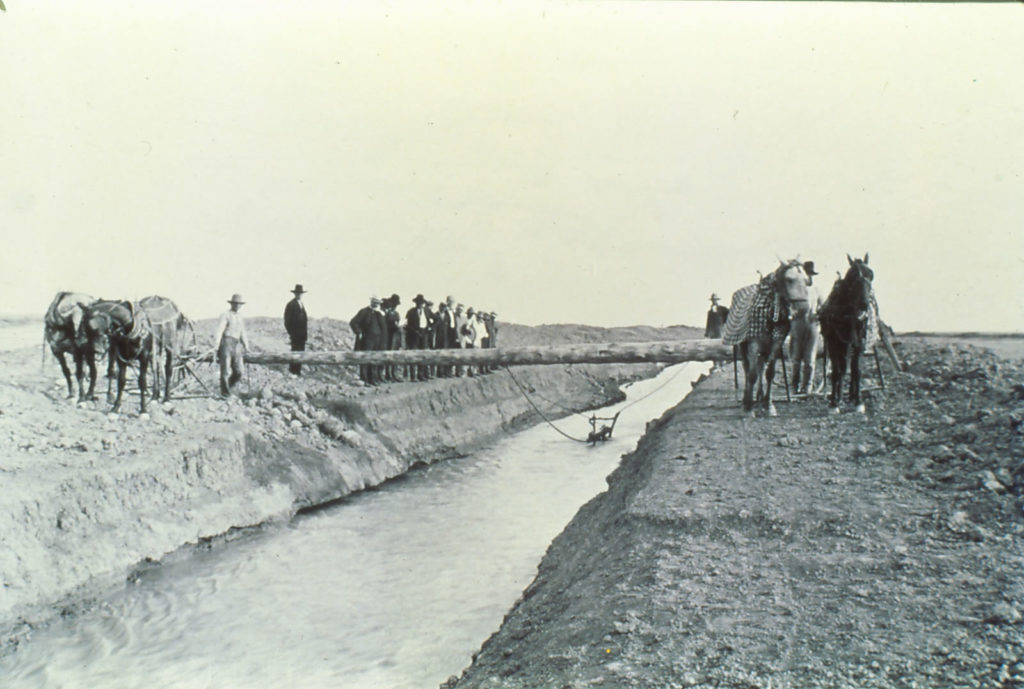 The Number 3 Ditch, despite its name, was the first irrigation ditch built along the Poudre River. Dug in 1870, this 13-mile-long waterway played an important role in state water law. During a drought in 1874, Greeley farmers pitched a fit after Fort Collins farmers drained the river before the water could reach them.“First in time, first in right,” taken from mining, was applied to the use of water. It was even baked into the Colorado constitution when we achieved statehood in 1876.

While excavating to build a new housing division, a 2,700-year-old bison kill site was discovered in the arroyo to the south of the Poudre Trail. It was one of the best preserved and largest finds of its type containing over 200 bison remains.

For over half a century, sugar beet growing and processing was a major part of the local economy. Fort Collins’ sugar plant used to sit close to where New Belgium is today, but wastewater was sent down a flume and dumped south of the river. In order to hold the flume in place across the river, a suspension bridge was built – one of only two historical suspension bridges in the state. The wastewater altered plant life south of the river in this area, only now recovering, 50+ years after the sugar plant closed.

When you need a break as you near the end of the Poudre trail, swing north to the Howling Cow café. And check out the old stone schoolhouse. Built in 1879 and recently renovated, it’s one of the few remaining one-room schoolhouses that hasn’t been moved from its original location. Noosa and Morning Fresh host tours once a month. (RSVPs required.) But if the building isn’t open, stop and read signs in the windows of the history of the school.

Meg Dunn writes History Now, a History and Heritage monthly events calendar, bringing the past to life in Northern Colorado. History buffs, to learn about historical events throughout Northern Colorado that are happening every month sign up for the monthly newsletter at: northerncoloradohistory.com/newsletter