What could be more perfect than a picnic with your sister? A book of poetry, a game of cards, and a talking rabbit. Talking rabbit? Curiouser and curiouser! Thus, begins the most famous adventure in children’s literature: What Alice finds down that rabbit hole and beyond…the madcap world of Wonderland!

If it was only the rabbit, Alice might not be as confused. However, there’s also a caucus race, a tea party, a croquet game and an absurd trial about stolen tarts. This beloved classic follows Alice’s adventures in a land of interesting and confusing inhabitants. Some want to feed her, some want to crown her, and one wants to chop off her head! A Dodo bird, a giant caterpillar, a temperamental cook, a disappearing cat, and a singing turtle are but a few of the unusual characters who lead young Alice on her journey to the eighth square.

To celebrate their 30th season, Debut Theatre Company takes you on a delightful adventure to capture the imagination of all ages with clever, nonsensical wordplay and irreverent humor. Lewis Carroll’s famous story about dreams and reality, childhood and growing up, games and nonsense, will transport you to a land that vexes time, stretches space, and asks you to believe at least six impossible things before breakfast.

Alice in Wonderland is considered to be the most famous children’s book ever written. Is there anyone who doesn’t know the story, or isn’t familiar with the phrases “going down the rabbit hole”, or “Mad as a Hatter”? For over 150 years, since 1865, Alice’s well-known journey to Wonderland has remained in print. It’s been translated into 176 languages and has inspired over 50 films, animation, television, and stage adaptations. Its popularity led to a sequel, “Through the Looking-Glass, and What Alice Found There.”, which has achieved equal fame. This adaptation uses elements from both stories, with inspiration from the original text, and Tenniel illustrations, rather than Disney or Burton. This non-musical embraces the poetry of Carroll’s satirical and silly prose.

To bring this fantasy to life, Debut will be incorporating several types of puppetry. “I love puppetry because it’s magic. The actor breathes life into the puppet; taking something that is not real and animating it to make the audience feel something.” Head of puppetry, Cameron Carcasson (18), said. Cameron has been doing puppets for many shows for Debut Theatre, including a full-size dog for Debut’s 2020 production of Sarah Plain and Tall. True to Debut Theatre’s unique troupe structure, Cameron is not only Head of puppet design and creation, but also performs as the Mad Hatter, a flower, and Bill the Lizard.

Join Alice, the White Rabbit, the Cheshire Cat, the Queen of Hearts, and Debut Theatre in a story sure to engage adventurers of all ages. Don’t be late for a very important date! 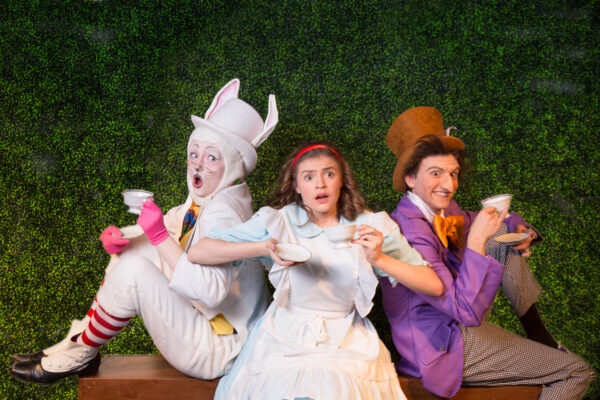 Tickets are $10 and went on sale on March 22.  You can purchase tickets at the Lincoln Center Box Office at 970.221.6730 or lctix.com.  Appropriate for all ages. The show runs 2 hours in length. For more information please visit debuttheatre.org. 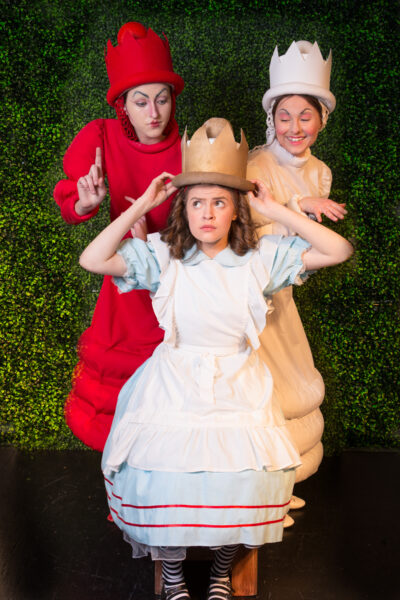