We are writing to you as the Karen ethnic minority community from Burma, living in the USA. Most of us sought protection in the USA to escape from the Burmese army’s campaigns of ethnic cleansing that targeted Karen and other ethnic minorities. Our community is over 193,000 strong, living across the USA. In North Carolina, we have a community of 8500 Karen and we are joined by Inclusive Development International, our ally in Asheville, NC. We are deeply concerned that New Belgium Brewing is being bought by Kirin’s fully-owned subsidiary, Lion Little World, pending your vote. It’s inspiring to learn about New Belgium as a progressive business, a certified B Corp dedicated to being a “force for good”. In contrast, Kirin is a business partner of the Burmese military, perpetrators of the genocide and crimes against humanity in our country. We ask you to stand for human rights and justice. Vote no to Kirin’s acquisition of New Belgium Brewing.

The Burmese state and its key actors have committed genocide against the Rohingya people of Burma, and crimes against humanity against other ethnic minorities, including the Karen. The UN International Fact-Finding Mission on Myanmar (FFM) “found ‘genocidal acts’ in Burma’s 2017 ‘clearance operations’ that killed thousands and caused more than 740,000 Rohingya to flee for their lives to Bangladesh.” Human Rights Watch reports that 106,000 civilians are relegated to displacement camps in Shan and Kachin States, with “indiscriminate attacks, forced displacement, and aid blockages.” In October, the UN Fact-Finding Mission warned of “a continued threat of genocide.” These crimes are enabled by the military’s business interests, including their USD$960 million partnership with Kirin. As a subsidiary of Kirin, New Belgium would become part of a key financial network empowering the Burmese military to continue committing genocide and crimes against humanity, unless you vote no.

On August 5, 2019, the United Nations FFM released an independent report, Economic Interests of the Myanmar Military, that highlighted Kirin’s shocking business conduct in Burma. They found that “any foreign business activity involving the Tatmadaw [Burmese military] and its conglomerates MEHL and MEC poses a high risk of contributing to, or being linked to, violations of international human rights law and international humanitarian law.” They state that “the revenue that these military businesses generate strengthens the Tatmadaw’s autonomy from elected civilian oversight and provides financial support for the Tatmadaw’s operations with their wide array of international human rights and humanitarian law violations.” We are deeply concerned that New Belgium may join Kirin, despite the serious concerns the UN has raise regarding Kirin’s conduct in Burma.

Myanma Economic Holdings (MEHL) is a major military conglomerate with shares controlled by military generals, army units and veterans. The patron is Min Aung Hlaing, the Commander-in-Chief of the Burmese military. Earlier this year, the US government put sanctions on Min Aung Hlaing for his role in mass killings and the forced expulsion of the Rohingya.

MEHL, overseen by Min Aung Hlaing, is Kirin’s partner in Burma. Kirin and MEHL jointly own Myanmar Brewery, a highly profitable business that has an 80% market share. 49% of the profits of Myanmar Brewery go directly to the military, including Min Aung Hlaing and to the very military units responsible for genocide. In 2018, Kirin reported normalized operating profit at 10.1 billion yen, more than $92 million USD. If you vote to join Kirin, New Belgium will be directly connected to these perpetrators of genocide.

While Kirin did a human rights assessment in Burma and put in place a human rights policy, they have failed to address the fundamental problem of their business in the country: that their business partners are responsible for genocide and crimes against humanity. There is no doubt that Kirin’s presence in Burma generates major profits for the military, including Min Aung Hlaing.

By operating breweries in Burma with the Burmese military, Kirin is propping up a genocidal regime and normalizing its conduct. We support the UN’s calls for all businesses to divest from the Burmese military and for sanctions against military businesses, including Kirin’s Myanmar Brewery. We urge you to add your voice to support action for justice and human rights.

As a New Belgium employee, you are in a unique position to send a strong message to Kirin that doing business with war criminals is wrong. Use your vote to block New Belgium’s sale to a company that profits from genocide. Stand for human rights and justice in Burma by voting no. 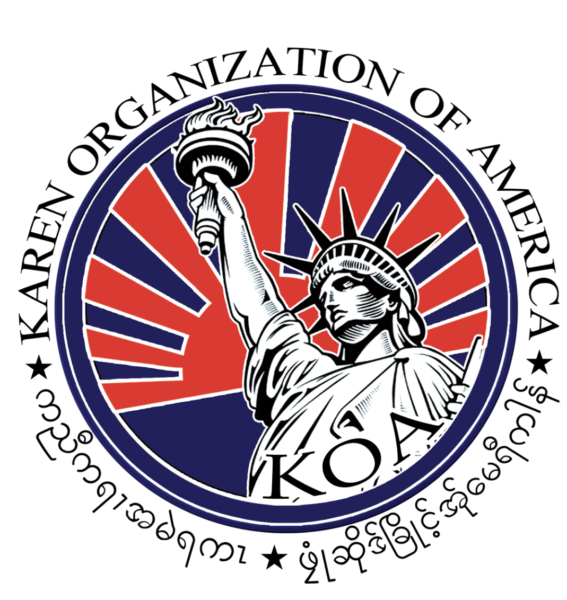