The modest city of Longmont, Colorado holds the distinction of having the fastest internet service at the lowest cost in the entire U.S. Nextlight offers a Charter membership deal providing up to 1 gigabit (1000 megs) for $49.95 per month with uploads and downloads at equal speeds. By contrast, Comcast Xfinity offers up to 25 Mbps download speeds (with slower upload speeds) for $59.99 per month. Private sector communications companies have reason to be threatened, not only can the municipal model work, it can work very well.

Colorado Cable Telecommunications (CCT) lost an expensive gamble in the November 7th election, having spent $816,000 in a failed effort to defeat the vote on the municipal broadband measure. Another anti-municipal broadband group, Citizens for a Sustainable Economy, spent $85,000.

There is a lot of misinformation circulating in cyberspace. One document earning notoriety is Lessons in Municipal Broadband from Lafayette, Louisiana by Steven Titch, Reason Foundation, cites LUS Fiber, the municipal broadband operation in Lafayette, as an example of how the model cannot work. It is true the project has been expensive for the city and is taking a long time to pay off. However, Mr. Titch saw fit to make statements that are blatantly untrue as in the heading of paragraph C of the chapter “The Future of LUS Fiber”. In this chapter he states, “the city government props up LUS Fiber, while cutting corners and transparency,” and continues, “Even as LUS Fiber boasts about increasing revenues, more of those revenues are coming from the city treasury.”

LUS Fiber responded to Titch with a document of its own: LUS Fiber – Response to Mr. Steven Titch. The response to the above statement was, “LUS Fiber budgets and pays all its own expenses and, through detailed full-cost accounting, pays its share of allocatable costs.”

The back and forth between Mt Titch and LUS Fiber can be read in full at these two sites:

The city of Provo, Utah, did not succeed with its municipal broadband network, instituted in 2004. By 2008 iProvo, Provo’s $39.5 million wholesale fiber-to-the-premises network, was behind on its business plan in revenues and numbers of customers. iProvo received nearly $1 million in extra funding in 2007, and then the utility asked the city to budget an additional $1.2 million to cover expected losses. In its December 2007 report, iProvo said losses from July through October 2007 totaled $214,000.

Provo bailed out of iProvo in 2013, when Google bought the company for $1.00. Google took over Provo’s internet and television service and its remaining construction loans. Google had good reasons for doing what it did. The Provo area ranked second in the nation in patent growth and also ranked as one of the top places to live and do business in the U.S.

Tom Roiniotis, general manager of Longmont Power & Communications, blames the failure of iProvo on a wholesale 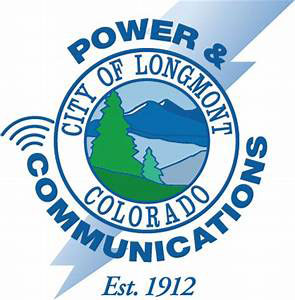 service model, allowing private ISP service providers to compete. One of the Longmont consultants indicated that part of the problem is too many people trying to get a slice of a limited revenue pie. In a wholesale model, the muni needs to charge enough to cover its costs of building and maintaining the system to the independent Internet service providers. Those providers need to charge rates high enough to cover their costs and make a profit. The direct service model provided by NextLight charges customer’s rates to cover its costs of providing a service, as a public utility and not for profit.