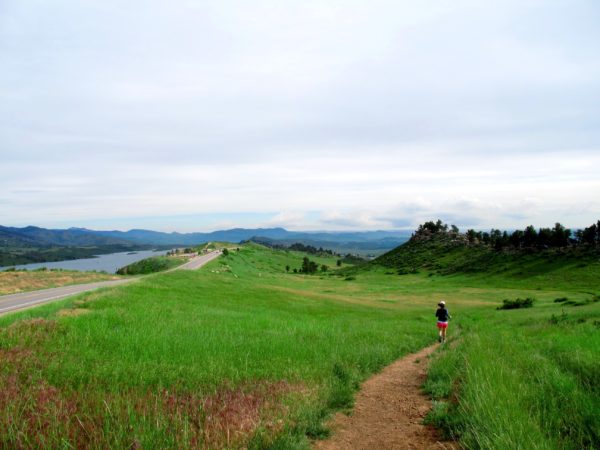 When I was a ninth-grader in Seattle, Washington in 1951, the criterion for getting an “A” in physical education had nothing at all to do with moving one’s body. All you had to do was take a shower 40 times after class during the semester. Thirty showers earned you a “B,” 20 were worth a “C”, and so on. Clever kids that we were, we soon discovered that, in reality, you didn’t have to take a shower at all.

To get shower credit, all you had to do was make sure that the towel you turned in after class was wet. No teacher ever checked to see what was going on in the locker room. Other than dodge ball, I don’t remember what kind of physical activities we engaged in during gym period, but I know for sure we never went for a run. We were girls, after all, and girls were not supposed to sweat back then.

I was a sophomore in high school when I left Seattle and moved to Philadelphia. Women’s’ sports were more a part of the scene there. My school had girls’ tennis and swim teams. And girls played lacrosse, a game I’d never heard of that involved cradling a small ball in a basket on the end of a long stick. You actually had to run with it. As a junior, I tried out for lacrosse and made the fourth team, the lowest of the low. I soon quit in disgust. There had been too many fake showers and not enough sweat in my past.

The college I attended a couple of years later was spread out across a small Ohio town—dorms up on a hill and classrooms a mile away close to downtown. Every day we walked that mile in the morning, back to our dorm for lunch and then repeated the process in the afternoon. None of us would have been caught dead on a bicycle—just not cool.

I didn’t start running until I was in my 30s, but once I started, I found I could not stop. To this day, I don’t feel as if I have earned a shower unless it follows some sort of workout that produces sweat. I believe the sage who said: “Sweat is the perfume of a life worth living.”

The day years ago when I paused during a run, reached inside my short, whipped off my bra and stuffed it into my pocket issued in a new era for me. In those days, before the advent of running bras, my straps were forever making distracting, uncomfortable trips from my shoulders down my upper arms rendering this piece of underwear embarrassing and useless.

My history with bras goes way back—long before I began to run. The first time I clamped one on at age 12, my nine-year-old brother, sensing my discomfort with this indication of oncoming puberty, marched himself across the street.

“Libby’s wearing a bra,” he announced to the neighbors after he made sure I was close enough to hear. His words bought me to tears in front of the older childless couple who had become my friends.

I have a long-ago history with underpants as well. My family crossed the Atlantic Ocean several times during my early years. At age eight, I found myself a student at Mrs. Herrington’s private school in a London suburb—small for my age and feeling out of it because of my American accent. The kids didn’t understand me and I had a hard time understanding them, so we didn’t talk much. I wasn’t accustomed to wearing a uniform to school and I was struggling with French and algebra, subjects unheard of in an American third grade and in which I was expected to ”catch up.”

For me, lunch-time has always ranked right up there with the worst things about frequent moving. Not having a ready-made group of friends to eat with can make you feel like a tall blonde alone in a bar in Osaka, Japan.

At Mrs. Herrington’s, we lined up in the cafeteria, trays in hand, to pick up our lunch. One day shortly after my arrival, I stood, tray in hand, when the elastic in my Carter’s cotton undies gave out and gravity took over.

Before I could squeeze my legs together to avert the inevitable, my drawers lay at my ankles for God and all those proper English children to see. I froze. I did not drop my tray and grab for my pants. I did not yell for help. I just stood there.

Amid a storm of kid giggles, the nearest teacher, a stern-looking lady, disappeared and returned to hand me a length of string. “Give me your tray,” she said. “Go to the baarthroom and see what you can do.”

I fumbled around as best I could to tie up my britches. It would have been helpful to have a safety pin. My re-entry into the cafeteria was a character-building moment.

To this day I buy underwear carefully, avoiding skinny elastic. And I don’t leave home without safety pins, needle, and thread.

No one is going to catch me with my pants down, on the road or at lunch.