I hadn’t thought much about roofs until I went to Africa. They’ve always just been there. I’ve taken them for granted.  They don’t demand attention unless they leak. It is easy to forget that roofs provide a barrier against rain, wind, sun and snow and help to keep us warm in the winter and cool in the summer.

Joe, who worked for my daughter and her family for the years they lived in Mozambique, had a roof over his reed house when I first heard about him. It was a piece of blue plastic stretched over the reeds bound together that formed the walls of his house. One day the wind blew especially hard. Estella, Joe’s wife, called him to say that their house had blown down. Joe went home to see what he could do.

A year later, when I first met Joe, things were looking up. He had replaced his stick house with a larger, concrete block structure. It had a central living room, a bedroom for him and Estella, one for his mother, and another bedroom for his four children who slept huddled together on a blue plastic tarp covering the dirt floor. Indoor kitchens are not common. Most people do their cooking outdoors.

Only the master bedroom of Joe’s house had a roof. When violent rains came, the family took cover in the only roofed room. They were happy to know that while their new house was not waterproof, it was not going to collapse and leave them homeless.

At my daughter’s house, Joe cleans, irons, chauffeurs kids around, stands in line to pay the family’s bills, and stays current with the never-ending blizzard of paperwork required to exist in bureaucratic Mozambique. He knows where to go and how to get things done. And he fixes things like light fixtures and plumbing.

In his free time, Joe works on his own house. Africans typically build their houses a little at a time, as funds allow. When Joe found himself the recipient of a sudden windfall related to the good work he did for his employer, he discovered that he had enough money in his pocket to put a roof over his entire house.  No more blue plastic for him. His total cost for 17 strips of corrugated iron was $145.

The photos illustrate the way most native Mozambicans live, an enormous contrast with the expat community that basks in relative luxury in multi-level, concrete homes. 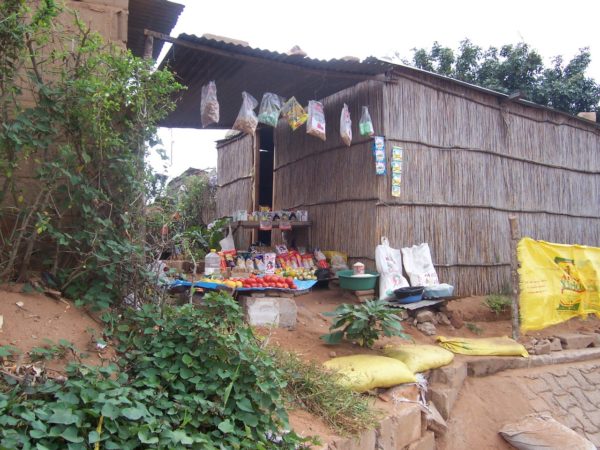 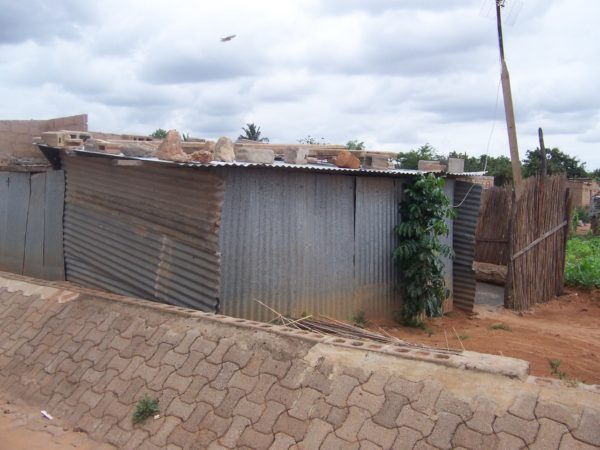