The band Uncle Barnaby formed initially in 1968 when a few Vietnam War veterans got together to play music and protest the war at the same time. Now, 50 years later, David Stumph continues the band’s legacy.

Stumph formerly served as the vocalist and guitarist for the band, but now carries the band name as a solo act as he delves back into the folk and soul music scene throughout Colorado. 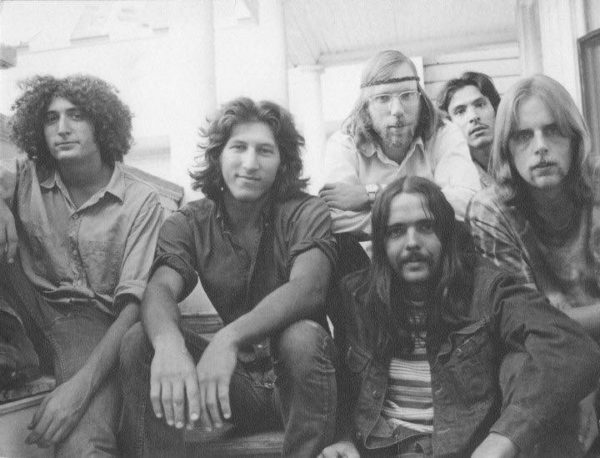 “I connected with my old bandmates to get their thoughts on using the name,” Stumph said.

The band name originated as a way to honor a friend who’d written against the Vietnam War.

“When I was in the Army, I had a friend who wrote a manifesto about how ridiculous the Vietnam War was, and that no one knew why we were there,” Stumph said. “He signed it, Uncle Barnaby. Later, he was court-martialed and discharged from the Army.” 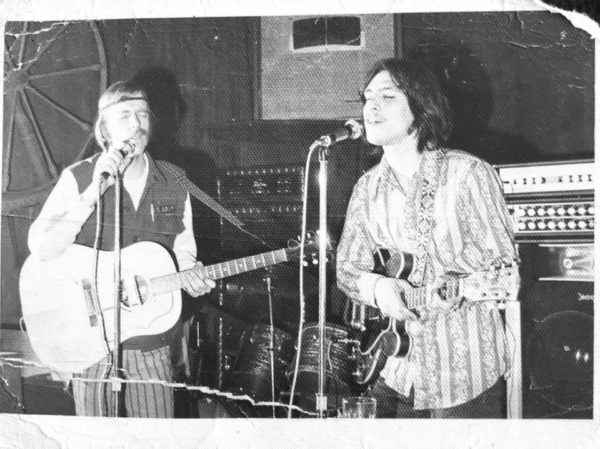 While the war was the source of the original band’s creation, Stumph’s return as Uncle Barnaby in 2017 followed another sort of tragedy— his wife’s passing.

“Two years ago, when my wife died, music was a lifesaver for me,” Stumph said. “I see music as a healing force, and you can apply that concept to the healing of returning from Vietnam and the healing of losing my wife to breast cancer.”

The decision to release On My Way Home, Uncle Barnaby’s 2017 EP, was very much related to his wife and her death, Stumph said. The process of creating the album helped him to get through that experience.

Rich Raitano, lead guitar and vocals of the original band, said the first incarnation of Uncle Barnaby was for veterans coming home and the issues going on around them. The tempo for the current version of the band has changed a bit in that regard.

“We can’t sing anti-war songs, but we can sing songs with some kind of message,” Raitano said. 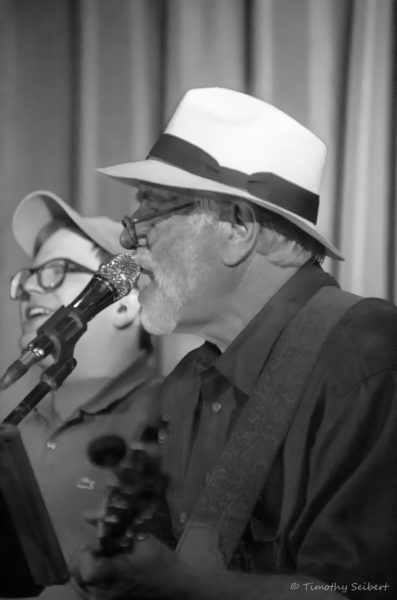 Currently, Raitano, who lives in Washington, said it’s too far away for him to be a full-time part of the reformed band but that he and Stumph are working on plans for him to join in on performances.

Around 50 years ago, Raitano and Stumph were able to connect over their musical backgrounds upon meeting during the Vietnam War. Raitano said he had been assigned to visit hospitals to interview and keep a count of the wounded. In one such hospital, Stumph had been working as a ward medic.

“We got to talking and, in that talk, we started talking about being in bands,” Raitano said.

Eventually, Raitano invited Stumph to move out to Chicago so they could start officially building their band.

It was there that the two decided on the name Uncle Barnaby.

“(Stumph) moved to Chicago, and we formed the band and called ourselves Uncle Barnaby Troupe even though we never used it as an introduction or a full name,” Raitano said. “The original intention was to write music and songs that told stories from Uncle Barnaby, and we were the troupe. We were his voice.” 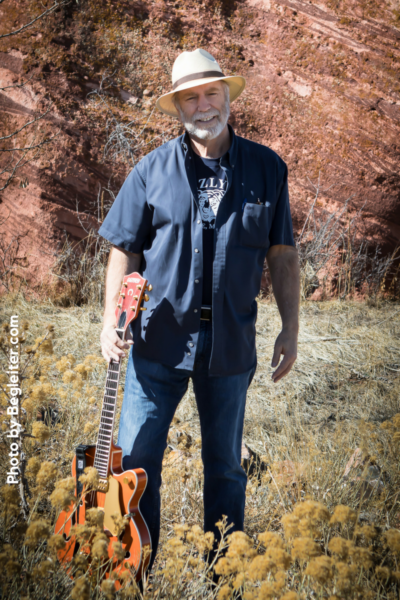 Once the band got started, and they began playing shows, Raitano said they ended up sticking simply with Uncle Barnaby.

The band was together for a little over two years, Raitano said, though it felt longer than that.

Forty-eight years later, Stumph and Raitano met up in Colorado to perform a few reunion shows. John Mathis, another band member from 50 years ago, also joined in on the performance.

“After 48 years, when we got back together, it just all came very naturally,” Stumph said.

Raitano said the reunion was exciting enough that he’s recently bought himself a new guitar and has been practicing at home.

“We’re too far apart to make it a weekly or monthly thing. There’s too much distance, and that’s a shame,” Raitano said. “But we continue to write. We still collaborate, and we’re gonna be collaborating more on some songs.”

Raitano said he started playing guitar around the age of 14. He took lessons for a while but then stopped. It wasn’t until another band came through that he turned back towards music.

“When the Beatles hit town, that really got me started again,” Raitano said. “I really enjoyed their music, and, in high school, I got together with a couple of friends, and we started a group. We played just about everywhere in Chicago.”

Stumph said his first journey into music also began in his childhood, a time where his mother had him taking piano lessons and tried to have him play the trumpet.

“My mom and I always had a running disagreement about music, and I always wanted to play guitar rather than the instruments that she wanted me to play,” Stumph said.

At the age of 14, Stumph finally got his hands on a cheap guitar, and his mother couldn’t pull him away from it.

“I never took any lessons or anything like that. I just started playing by ear,” Stumph said. “I never learned how to read music or anything. I was just listening to music and trying to play it back.”

He began forming bands and, by the time he was 16, he was playing shows in his hometown of Walla Walla, WA.

“Fortunately, I have a son who’s in the industry, and he was able to help me a lot,” Stumph said about the creation of his first EP. “Not only in helping me determine what equipment to use and when to use different effects, but he was instrumental in helping me acquire some of the equipment I needed to do the recording.”

Stumph’s currently in the process of creating Uncle Barnaby’s next album, a project which he says is 85% through.

Show dates and links to Uncle Barnaby’s music can be found online.