Although the Shoebox Parade was filled with small floats, it brought on the biggest smiles. As a replacement for the traditional Independence Day Parade, the Greeley Stampede hosted a virtual parade with over sixty miniature floats created by the community. “We were blown away by the creativity and support from our community. It was amazing to see everyone come together to make the parade a success.” – Justin Watada, Greeley Stampede General Manager.

Along with the parade floats, the Greeley Stampede included entertainment from local musicians such as Tyler Walker, Jesse Cornett, Pomegranate Migraine, Digital Venue, and the All-City Marching Band. “The idea was to make the Shoebox Parade feel as much like a real parade as possible,” continued Watada. “So we added the musical guests, dance groups, and messages from military personnel stationed overseas.”

The parade even had hosts to guide everyone through the virtual parade route including Tanner Schwindt of 1310 KFKA, Miss Rodeo Colorado, Hailey Frederiksen, and Nick Kenny, Executive Director of the Greeley Philharmonic.

Participants of the Shoebox Parade were also given the opportunity to win prizes thanks to event sponsors. The prizes, courtesy of SCHEELS of Johnstown, were given to the winners of all five categories. The categories and winners include:

Celebrating Our Heroes of the Front Line presented by Banner Health

“Tomorrow’s Heroes” by the Berry/Garcia Families 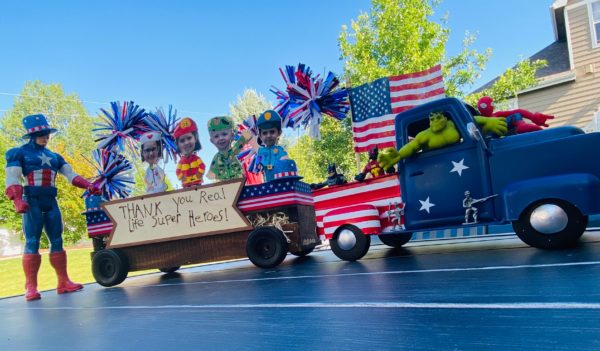 Red, White & You presented by Pepsi

“A Salute to Our Veterans” submitted by the Benson/Barrios Family 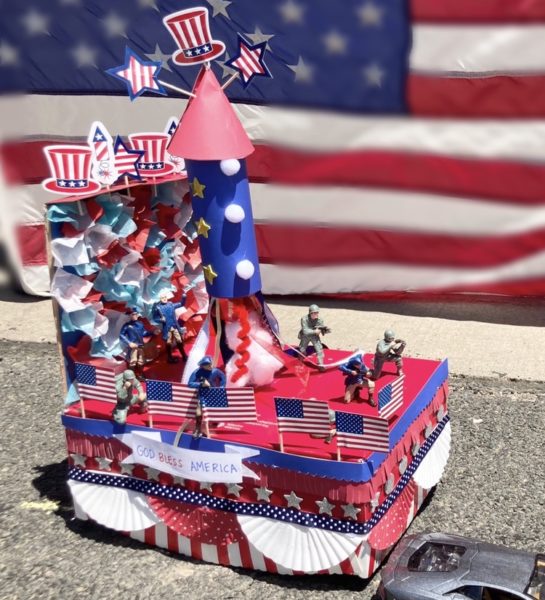 “Welcome to Greeley: Who We Are and More!” submitted by the Colorado Model Railroad Museum 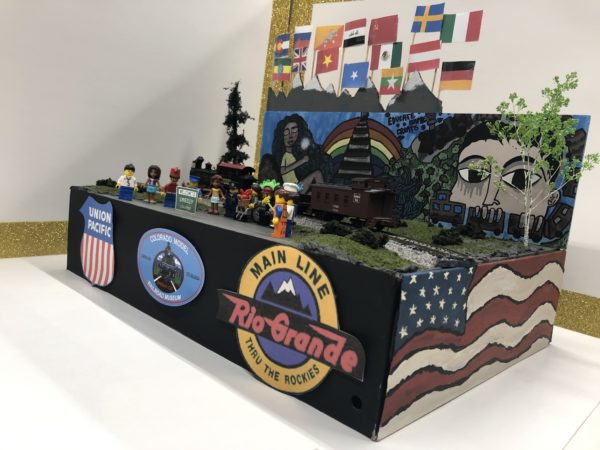 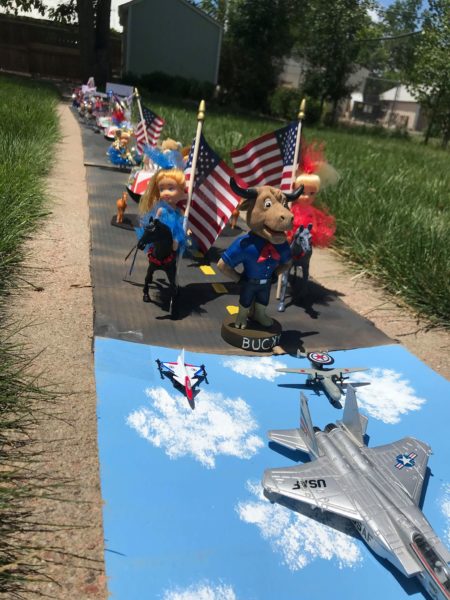 A+ Award presented by SCHEELS 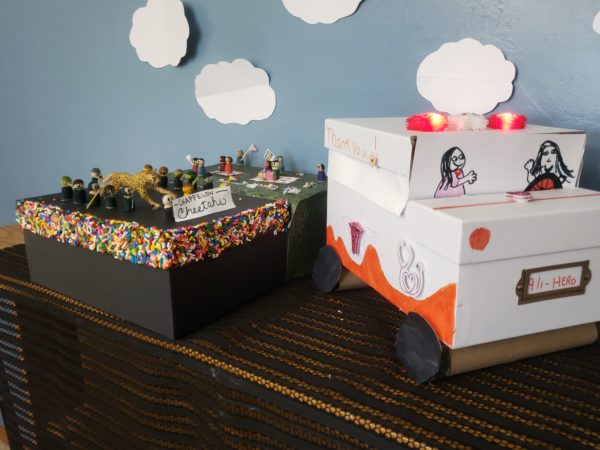 The last award, presented by SCHEELS, is the All Pro Fan Favorite Award which will go to the float entry with the most votes. Voting is currently taking place on the Greeley Stampede Facebook page. To vote, like your favorite floats until July 10th. The photo with the most likes will win a $250 gift card complete with an exclusive shopping spree with the SCHEELS experts to get the gear you want.

If you missed the parade, or want to watch it again, you can still enjoy the parade at https://youtu.be/l6azMvccav4

The Greeley Stampede would like to thank all who participated in the parade by submitting entries, all the sponsors, and to everyone that watched the parade. The support of the Greeley Stampede and the Shoebox Parade this year was phenomenal and a true testament to the value of community and the ability to come together.