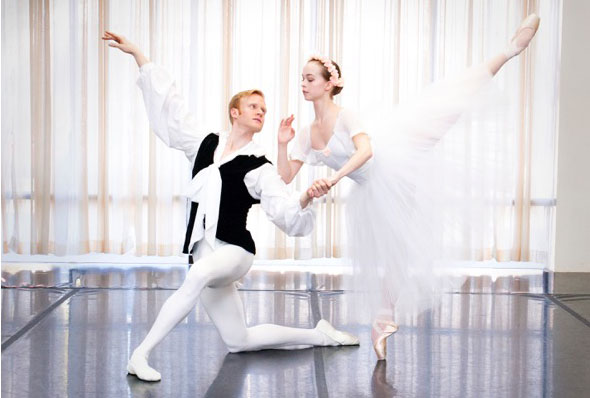 Fort Collins, CO, March 27, 2018 – Canyon Concert Ballet (CCB) presents their spring production of An Evening of Chopin and Ballet. Consisting of two distinct parts, Les Syphides and Etudes, this presentation of exquisite dance, music, and classical-meets-contemporary interpretation is destined to delight audiences and offer a fresh spin on what CCB has traditionally presented as its spring performance.

This unique and beautiful production features Michel Fokine’s 1908 Les Sylphides. One of the masterpieces of 20th-century choreography set to orchestral pieces by Frederic Chopin, Les Sylphides depicts a moonlit encounter between a young man and a corps of ethereal supernatural beings.  Audiences will also be treated to a famous duet from Giselle (1841), the Peasant Pas de Deux in Act I.

In Act II, CCB Artistic Director Alicia Laumann will present her new work entitled Etudes. Etudes is a contemporary look at the Romantic era ballet blanc – or the “white ballets” that dominated this time period (1830’s-50’s) in which the ballerinas typically portrayed personality-less ghosts, sylphs, and other supernatural creatures and spirits. The dancers will be accompanied on stage by local concert pianist, Silvana Santinelli, who will be playing nine solo piano works by Frederic Chopin.

Nearly all members of CCB’s Ballet Company will be performing. They will be joined by approximately 10 dancers from the upper divisions of the dance academy. Additionally, they will be joined by three guest artists: Adrian Fry, Principal Dancer from Ballet West in Salt Lake City; Matthew Harvey, an adjunct professor from CSU; and Nick Blaylock, a freelance choreographer and dancer based out of Portland, Oregon.

Laumann concluded, “I’ve never set this ballet previously, but the ballet is simply beautiful in its understatement. I think that in today’s turbulent world, ballet still offers moments of escape for audiences. Les Sylphides and Etudes, with its gorgeous Chopin music, white-tulled ghostly maidens, and delicate Fokine gestures and pristine footwork is a feast for the eyes and ears.”

Performance will be held at the Lincoln Center (417 W Magnolia St, Fort Collins, CO 80521) on the following dates:

Canyon Concert Ballet’s mission is to expand, nourish, and enrich the artistic opportunities in classical dance through training, performance, and community outreach in service to the Northern Colorado region. Canyon Concert Ballet is a 501c3 nonprofit organization. Learn more at www.CCBallet.org