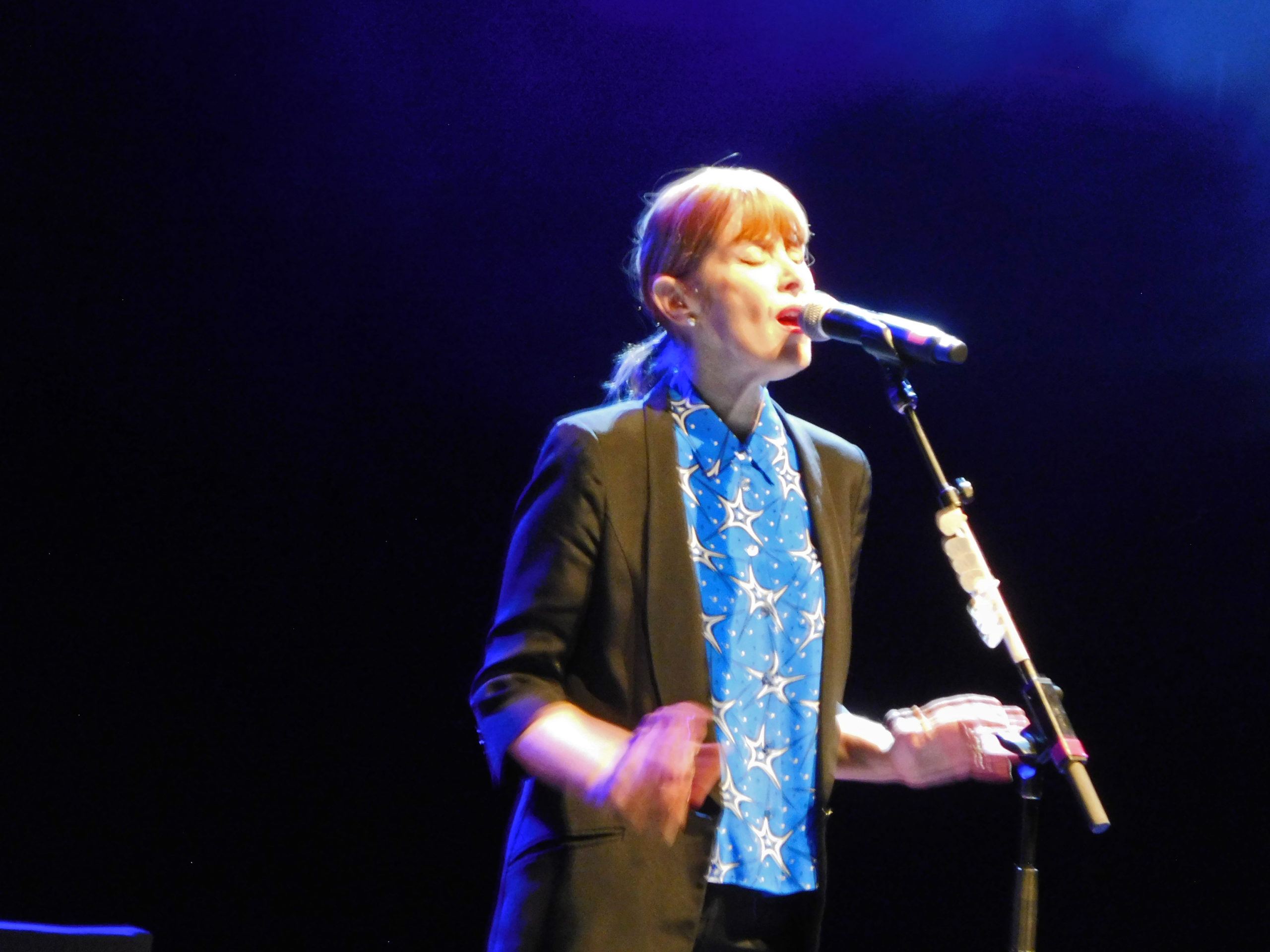 Last year, singer-songwriter Suzanne Vega came through the Boulder Theater on a very limited duo tour with guitarist Gerry Leonard, treating the crowd to a concert of luminous qualities.

Of course, Vega is mostly responsible for that — drawing on her literate songwriting powers and velvety voice. But Leonard, who had previously worked with David Bowie, added plenty of extra sonic support on guitar, embellishing and enhancing her songs and vocals.

This year, Vega will be returning to the area with Leonard — but not in person. She will actually be in New York City, playing live from Blue Note Jazz Club, but also live streaming through venues throughout the country, including The Armory in Fort Collins. Added to the lineup is keyboardist Jason Hart and bassist Jeff Allen.

The occasion is the release of her “career-spanning” album “An Evening of New York Songs and Stories” and Vega will be live streaming to fans in North America on October 7 and to European fans on October 8. Check Washington’s website for more info: www.washingtonsfoco.com.

Movies: The genius of Alfred Hitchcock’s fright flick “The Birds” is taking an element of everyday life — our fine feathered friends — and turning it into a source of confusion and terror. In this case, a California coastal town gets taken over by swarms of birds that attack anything that moves — especially the trapped townspeople.

“The Birds” is a classic of horror movie making and will be playing on the big screen at The Rialto Theater in Loveland on October 10. The Rialto has plenty of other scary movies on the schedule including “Beetlejuice” on October 9, “Monsters, Inc.” on October 10, “Poltergeist” on October 16, and “Hotel Transylvania” on October 17. Coming up at The Lyric in Fort Collins: “On the Rocks,” featuring Rashida Jones and Bill Murray, on October 9.

Authors: Also at the Rialto Theater, the Loveland Museum presents the Loveland Poet Laureate Reader’s Series on October 15. The Poet Laureate is a longtime area writer and organizer Veronica Patterson and guests include performance poet and hip hop artist Evan Lowe, who also teaches at CSU.

Fort Collins Reads — the local organization that brings in authors like Ann Patchett for sell-out events – is partnering with KUNC for a virtual event this year. Alice Hoffman will be talking with NPR’s Maureen Corrigan on November 1 and tickets are available now at the group’s site, fortcollinsreads.org. Hoffman’s latest book is “The World That We Knew,” a work of historical fiction set in 1940s Europe. Autographed copies of the book are available through Old Firehouse Books.

TV: “Cuties” is a controversial feature movie that may not last very long on Netflix due to graphic material. And there is a reason for concern — the sexuality expressed by a group of 11-year-old girls who form their own dance group is most certainly provocative.

The girls are only imitating what they are seeing on the video screen, so the real shock here is about a society that puts this stuff on display for mass consumption minute by minute, every day, and the fact that just about anyone can access it.

But did the director have to be so explicit in telling the story? Is this exploitation of a social issue? Maybe the girls didn’t know what they were doing, but the filmmaker did and some of the material goes beyond just storytelling.

The good news is that despite a lot of wrong turns, the main protagonist here makes a healthy choice in the end. But getting there went the other way in an uncomfortable fashion. Also new on Netflix: “I’m Thinking of Ending Things,” a brain-twisting psychological mystery, and “Away,” a Sci-Fi series about the first space mission to Mars which is heavier on emotional drama than on science.

Tim Van Schmidt is a writer and photographer based in Fort Collins. Check out his channel on YouTube at “Time Capsules by Tim Van Schmidt”.