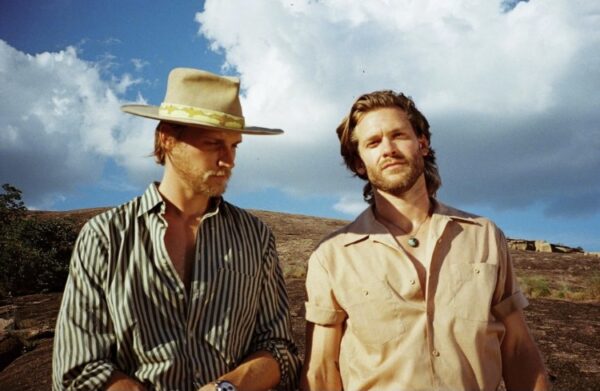 Extra, Extra! Read all about it! Jamestown Revival will be at the Ogden Theatre in Denver on January 27 AND THEN at Aggie Theatre in Fort Collins on the 29!  Bandmates Jonathan Clay and Zach Chance are currently touring in support of their upcoming album release Young Man.  Recorded in their home state of Texas and produced by fellow Texan and acclaimed musician Robert Ellis, who is accompanying them on their tour as well as North Carolina-based Mipso.

Remember when Bob Dylan went electric?  Well, Jamestown Revival did the opposite and they went acoustic for this latest album, and while it’s their first project without the use of electric guitars, it’s also the first album in where the emphasis has been placed on a polishing of details: skillful songwriting, flawless harmony, and intricate fingerpicking.

“I really think this is an album about coming of age and settling into an identity,” Clay says. “It’s about losing your identity and searching for it. It’s feeling like you found it and then realizing that’s not it. And it’s about our experiences over the last 15 years of making music – the successes and failures and all of those things mixed up together.”

All throughout Young Man you clearly hear the boys drawing inspiration from the likes of Crosby, Stills, Nash & Young, and The Doobie Brothers (particularly “Black Water”), as well as maintaining a dusty Western feel similar to Guy Clark or Townes Van Zandt.

“This is our first excursion with fiddle and we didn’t hold back,” Chance says. “We wrote a lot of these songs about the questions and the perspectives now that we’re a lot older and have been doing this longer. It’s almost like having a conversation with ourselves at times. We wanted it to feel earthy and rootsy, so the fiddle was a big part of that identity.”

This album has been described as representing a distilled and pure Jamestown Revival at their finest, but don’t just take my word for it; you can stream Young Man on soundcloud.com and/or you can watch a video on youtube.com of them performing live to get a better idea of what you’re in for!