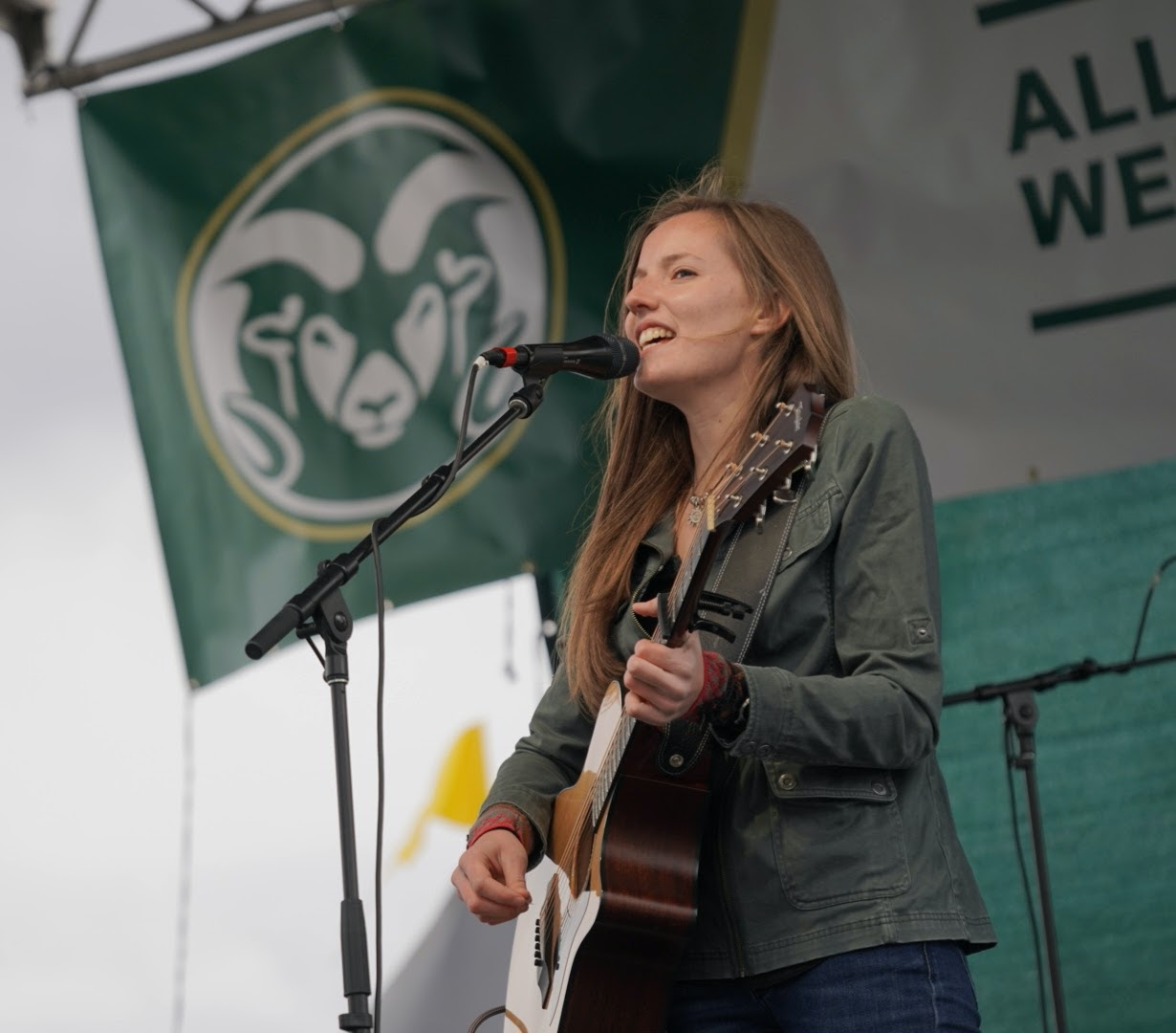 The new album features 10-songs containing stories of characters, corruption and enduring in a society of outlaws. Taylor is an award-winning songwriter at just 20 years-old pursuing the career of a musician while also working as a Colorado State University student.

“I feel such a real connection to this group of songs right down to my bones, because they aren’t just a group of songs,” said Taylor. “They’re a powerful and raw interpretation of who I am as a musician and who I’m becoming as a songwriter at this particular moment in my life,” Taylor said.

The album features soulful Americana-rock on the song “Resolution” which celebrates a gypsy-folk narrative of hitting the road and leaving regrets behind. The second track, “Storymaker” reflects on the idea that life is often out of our hands and we can only be storytellers rather than story makers.

Through her music, Taylor brings stories to life and raises awareness regarding large-scale environmental issues such as climate change in her songs “What’s Left When” and “Street Sweeper,” where she expresses her concern for the future of the world. Taylor won the Sustain Music and Nature’s Backyard Songscape competition in May with her song “What’s Left When.”

“Music is powerful and uniquely capable of inspiring change,” Taylor said. “My song “What’s Left When,” asks the questions: What’s left when we’ve taken all that we can from this planet? What’s left then,” said Taylor.

Tayor displays chameleon-Esque vocals through lyric vulnerability, fiery character through melodic phrases, and a full-bodied background chorus or often gospel-back porch harmony. Two acoustic guitars are the driving force on this album, with 10 tracks having been released as singles accompanied by music videos for a full audio-visual experience on Taylor’s Youtube page.

“It’s fun for me to not only write stories meant to be listened to through my songs, but also to bring them to life through engaging music videos,” Taylor said, “It’s amazing to explore all creative outlets with my music,” said Taylor.