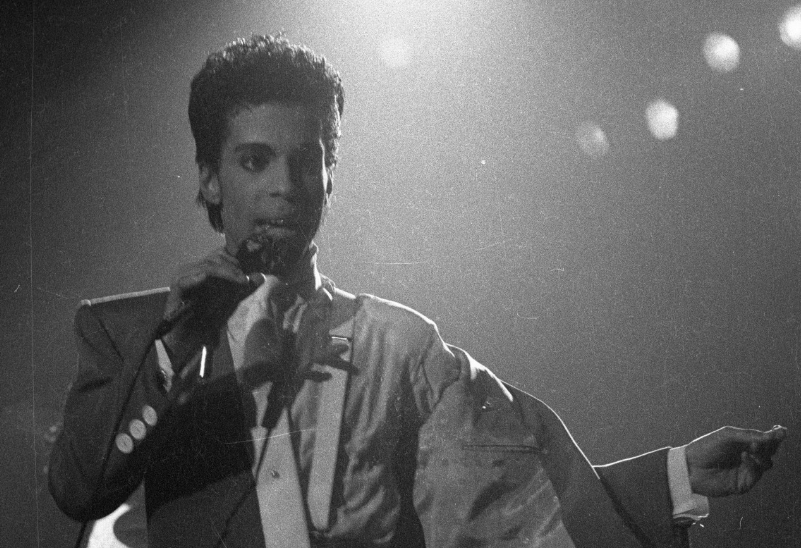 When Little Richard, whose music and style influenced everyone from the Beatles to David Bowie, passed away recently I couldn’t help feeling sad that Prince isn’t around to pay tribute to the artist who was most obviously inspired his look, his attitude, and his sound. Prince – even in stories celebrities tell about collaborating or hanging out with him – seemed to pop up fully formed out of nowhere as the mysterious, sexy, funky Purple One, as seen (very Little Richard-esque) on the cover of Purple Rain. Even interviews with him don’t delve much into who influenced him, or who he went on to influence (nearly everyone in pop music), and his thoughts on those questions remain largely unanswered because of his tragic, untimely death in 2016 left his autobiography, The Beautiful Ones, unfinished.

Whereas the Little Richard, whose look and music was appropriated by countless white musicians, was understandably obsessed with getting the credit the pop world never gave him (including a brilliant, funny, truthful onstage rant at the Grammys), Prince seemed more interested in responding to the cruel music industry by supporting and empowering young artists; avoiding shackles by constantly evolving; shocking us by doing things like changing his name rather than, you know, snorting ants; and being the best at everything, from playing guitar to playing basketball and ping pong. Leading up to his death, Prince also wanted to be the best at writing a book.

Prince wanted The Beautiful Ones to transcend music biographies by creating a book that would change the world by touching on racism, history, sociology, psychology, and more. In the introduction of what was recently published as The Beautiful Ones, Prince tells co-writer Dan Piepenbring “We need a book that talks to the aristocrats. Not just fans. We have to dismantle The Fountainhead [the 700-page Ayn Rand behemoth that inspired neo-conservatism] brick by brick.”

Prince would call Piepenbring in the wee hours – or, most often, have an associate call Piepenbring and say to expect a call from Prince – and say something like “If I want this book to be about one overarching thing, it’s freedom.” That Prince picked out, after flying numerous writing to be vetted at his Paisley Park mansion, a young white guy from the Paris Review to help him write a world-changing book was fascinating and enigmatic. But so was Prince.

The end result published almost five years after Prince’s death, is just a fragment, a spark of what could have been a great, important fire that could have warmed and illuminated millions of readers and maybe, just maybe, burned down some of the cruel system Prince and Little Richard both faced, as black people and as musical geniuses seen as dangerous because of their originality, their fearlessness, and their sexuality.

Piepenbring’s 47-page introduction is a must-read for lovers of music and culture  – not just Prince fans – because it is a rare look into the eye of a unique, artistic, and wholly American-made hurricane. There’s Prince flying Piepenbring to Australia just to see if he’s alright, Prince hosting Piepenbring at a private screening of Kung Fu Panda 3 at a local theater, Prince having his assistant tell Piepenbring who he should ask to dance with at a party, and – mostly – Prince telling Piepenbring what he thought mattered most about people, society, music, everything.

As immortalized in “When Doves Cry,” one of his best and most beloved songs, Prince was constantly and profoundly affected by the distinctly different, and powerful, imprints of his mother and father. Along with incredible never-before-seen early photographs of Prince as a boy and a young man, what Piepenbring was able to piece together from Prince’s notes, left behind at Paisely Park, to complete some semblance of The Beautiful Ones includes intimate, frank memories of Prince’s parents, along with tales of his early days as a performer and recording artist.

The Beautiful Ones is sadly defined by what it could have been – what it was meant to be and what Prince so badly wanted it to be – than what it is, but the end result is worth reading, especially during the ongoing pandemic, because it’s so inspiring, and so clearly a message from the grave to never stop creating, thinking, questioning, evolving, trying. Prince is even the best at being a ghost.