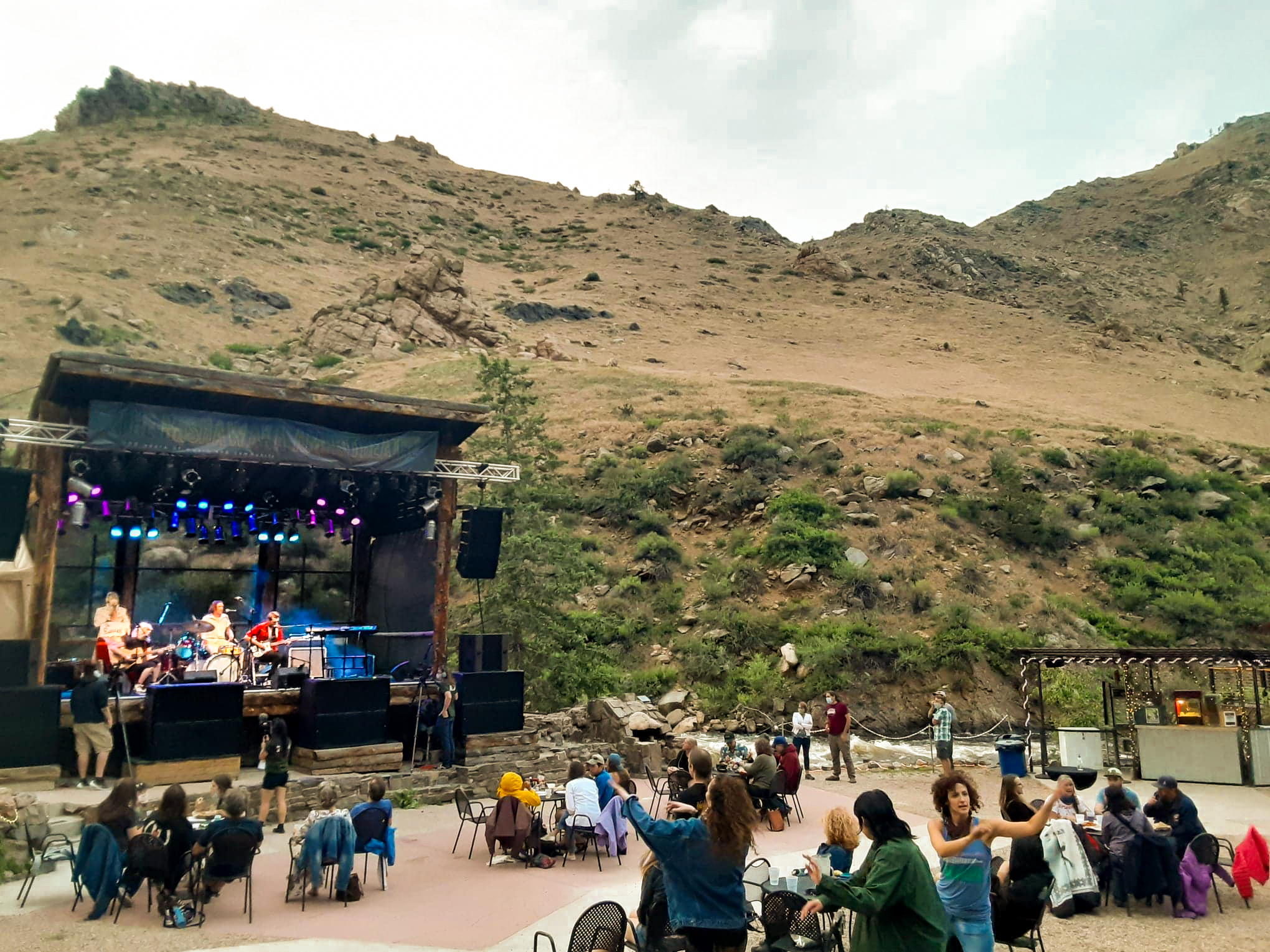 The Mishawaka recently held their first-ever socially distanced concert on June 13th. My Dog Ate Chad was the headliner and The Beeves was the opener.

Matan Birnbaum, pianist, and vocalist for My Dog Ate Chad, gave his opinion on the venue’s regulations and safety precautions.  “Everyone is doing so great. The staff are disinfecting the stage like crazy and are doing a really good job in the green room. They are wiping down everything after we go through it, they are cleaning the bathroom all the time — everyone wants to be really careful,” said Matan.

He reflected on his band being the first to play this season: “It is totally surreal and probably one of the coolest things I’ve ever done. I have been seeing shows here since I was little, and this is my first time actually getting to be on this stage. Under the circumstances, I could not ask for anything cooler. I am really glad that the Mish was able to find a way for people to socially distance, and I appreciate that it’s outside too.”

Dani Grant, the owner of the Mishawaka, said it felt great to have live music back – “Almost euphoric.” “It was stressful because we really didn’t know how it was going to work, but it turned out very well. Everyone is being respectful of each other and wearing their masks when they are out and about. People are staying at their tables as much as they can,” Dani said.

Mike Davis, track-master for My Dog Ate Chad’s debut album Krakatoa, gave his thoughts on the concert. “A soft reopening makes a lot of sense to me. Gotta’ have shows! It’s a big part of life!”

The concert was the first live music experience of the year for many. The crowd was full of family and friends, and the atmosphere was respectful and compassionate. Everyone was trying their best to have fun and be as safe as possible.

Tickets to the show were sold as table reservations. One ticket equaled a maximum of eight people per table, and the tables were spaced out at least 6 feet apart. Patrons and staff members were required to wear masks until seated in a properly socially-distanced area. The staff was adamant about sanitization, mask usage, and proper distancing during the show. There were even hooks installed to the bottom of the bathroom doors so customers would not have to touch the handles.

Ordering a drink at the bar was not an option, but there was a full staff of servers who catered to tables and brought food and drinks.

During the concert, My Dog Ate Chad announced that 25% of their earnings for the night were going to be donated to the Black Lives Matter movement.

To listen to My Dog Ate Chad’s new album on SoundCloud, visit http://tinyurl.com/KrakatoaDownload

To learn more about the Mishawaka’s events, COVID regulations, or to reserve a table, visit https://www.themishawaka.com/