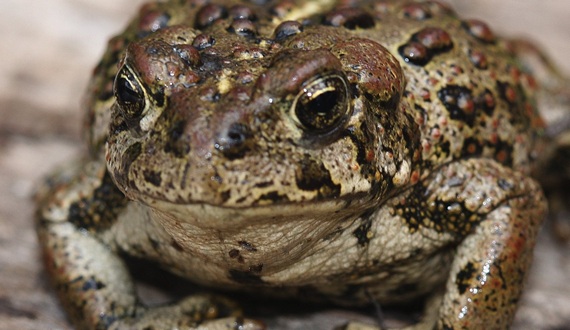 The skin fungus has also attacked many other amphibian species globally, with Colorado listing the boreal toad as a state endangered species in 1993. Colorado Parks and Wildlife (CPW) has devoted noteworthy resources over the past twenty years to figure out why the toad populations have declined, in addition to exploring viable options to recover.

The Boreal Toad is a unique species and inhabits lakes, ponds, and marshes at elevations ranging from 8,000 to 12,000 feet. Only three other amphibian species can survive at these elevation levels within the state, including two frogs and the tiger salamander.

CPW’s Native Aquatic Species Restoration Facility (NASRF) has restored Boreal Toads to the state’s ecosystems. NASRF has raised a total of 133,546 tadpoles, toadlets, and adult toads that have been translocated by CPW biologists to aid in reestablishing Boreal Toads to their historical habitat.

Biologists documented a breeding population of boreal toads in 2014 near Cameron Pass, the first translocation effort that resulted in known survival to the age of reproduction at four or five years old. CPW biologists hope that future translocations will create additional breeding sites statewide.

CPW also provides funding and other support to university researchers who study approaches to helping toads and other amphibians to resist chytrid fungus.

For more information regarding boreal toads and CPW’s efforts to restoring them into Colorado’s ecosystems, visit: https://cpw.state.co.us/conservation/Pages/CON-Boreal-Toad.aspx?utm_source=CPW-Web&utm_medium=Feature4&utm_campaign=Saving-Video-2020