On March 2, the intersection of US 34 (Wonderview Avenue) and MacGregor will be closed for three months to allow the Colorado Department of Transportation to build a roundabout in the area and make other safety improvements to the area.

There will be an open house for the public to ask questions of the project team on Feb. 20 from 5-7 p.m. at the Estes Park Town Hall, but all the information for the project will be housed at the project website: https://www.codot.gov/projects/us–34–macgregor–improvements. No new information will be presented at the meeting, and there will be no formal presentation.

This project is one that has been discussed for years, including a public meeting in December of 2018 to discuss design options for the intersection. The roundabout design that was the overwhelming choice of those in the meetings and the design team, was Option 1 (picture below). This option connects sidewalks on the north and was better for pedestrian safety while maintaining the access points for residents in the area. 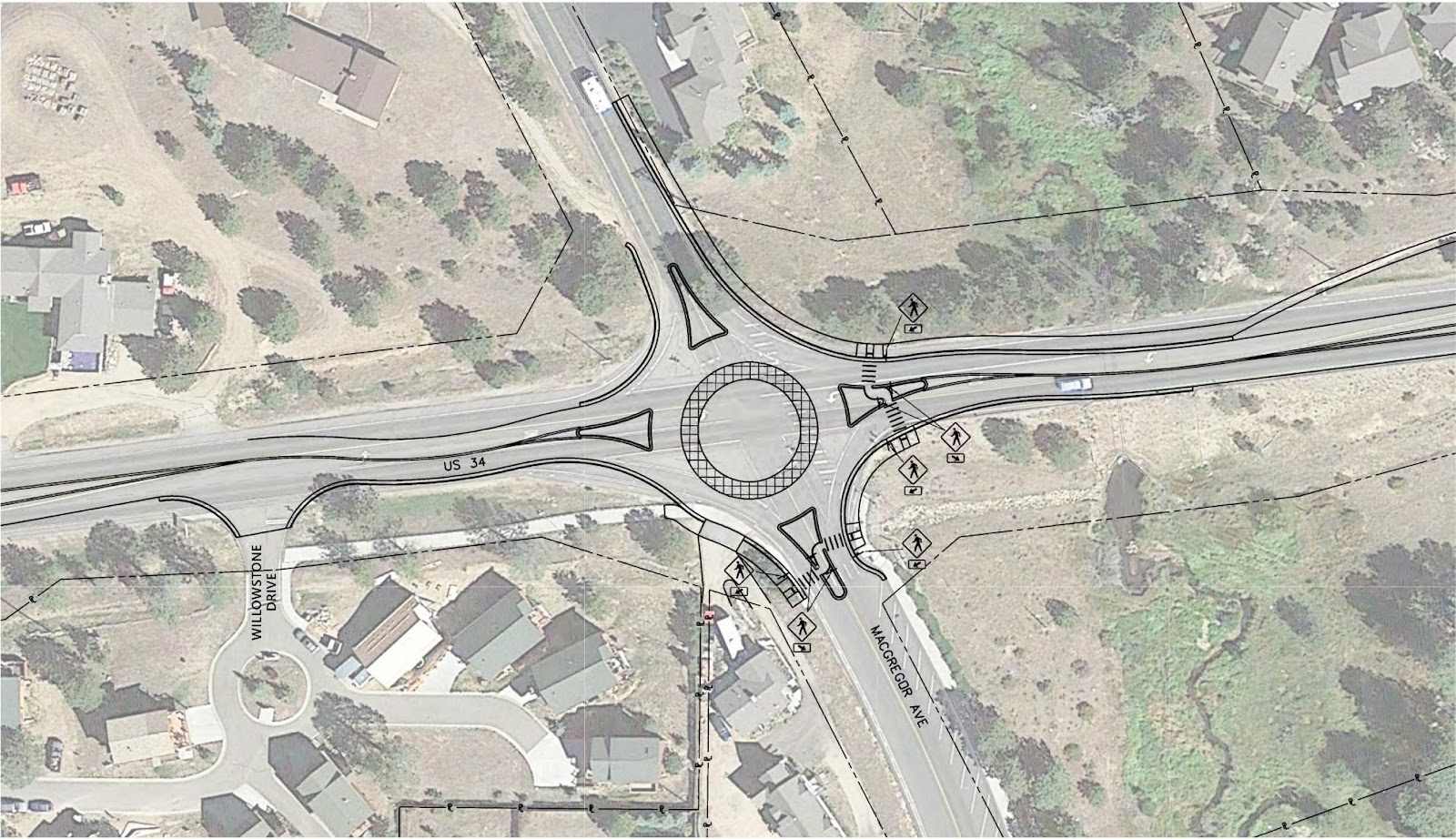 All of this work came about because of operational and safety concerns with the intersection which led to a CDOT study on the area.

The goals of the study were:

Other traffic options included in the study:

Why was the roundabout selected?

For additional information about this project:

To heighten safety awareness, CDOT recently announced its Whole System — Whole Safety initiative. This project takes a systematic statewide approach to safety combining the benefits of CDOT’s programs that address driving behaviors, our built environment and the organization’s operations. The goal is to improve the safety of Colorado’s transportation network by reducing the rate and severity of crashes and improving the safety of all transportation modes. The program has one simple mission—to get everyone home safely.

CDOT has approximately 3,000 employees located throughout Colorado, and manages more than 23,000 lane miles of highway and 3,429 bridges. CDOT also manages grant partnerships with a range of other agencies, including metropolitan planning organizations, local governments and airports. It also administers Bustang, the state-owned and operated interregional express service. Gov. Polis has charged CDOT to further build on the state’s intermodal mobility options.