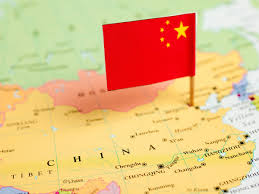 “Upheaval of Global Politics: The War in Ukraine and Rising Tensions Over Taiwan” will be presented from 6-7:30 pm Thursday, July 21, by Loren Crabtree, Emeritus Provost at Colorado State University. Dr. Crabtree had a distinguished 34-year teaching career at CSU, serving as Professor of History, Dean of the College of Liberal Arts, and Provost/Vice President for Academic Affairs.

“Since early February 2022, the Russian invasion of Ukraine has upended world politics and undermined the global economy,” said Crabtree, who is also an Emeritus Distinguished Professor of History at the University of Tennessee. “It has revealed unexpected weaknesses in the Russian military, revived NATO as a credible deterrent to aggression, and raised concerns about China’s saber-rattling over Taiwan. This is a perilous time for both ends of the Eurasian continent and for the future of the U.S.-led, rules-based international order.”

Dr. Crabtree, who will provide an interim assessment of the Ukraine-Russia war and Chinese American relations, says questions need to be asked. Will a negotiated settlement to the war emerge? Will Taiwan survive as an independent political entity as Xi Jinping’s regime tightens its political and military pressure on the island? Is Taiwan’s ambiguous status, as defined in the 1979 accord between China and the U.S., no longer tenable? Has the power of the United States, which has influenced and directed global politics since 1945, withered so it can no longer ward off a Chinese takeover of Taiwan?

Admission to the program is $5/adult, with registration required at globalvillagemuseum.org. Reservations will be taken on a first-come, first-serve basis until the capacity of the Museum’s program room is reached.

The Global Village Museum is located at 200 W. Mountain Avenue, and Museum hours are 11 am to 5 pm Tuesday through Saturday. For more information, visit globalvillagemuseum.org or call 970-221-4600.