40% containment and no threats reported at this time

There was a lighting strike Monday evening in the Halligan Reservoir just outside of Livermore and northwest of Fort Collins, causing a fire. By Tuesday night the fire had spread to 150 acres with roughly 40% containment, however, no threats to people or structures were reported.

Tuesday, The Larimer County Sheriff’s Office posted a tweet announcing that it had taken control of the situation by increasing air and ground resources in response to the fire. 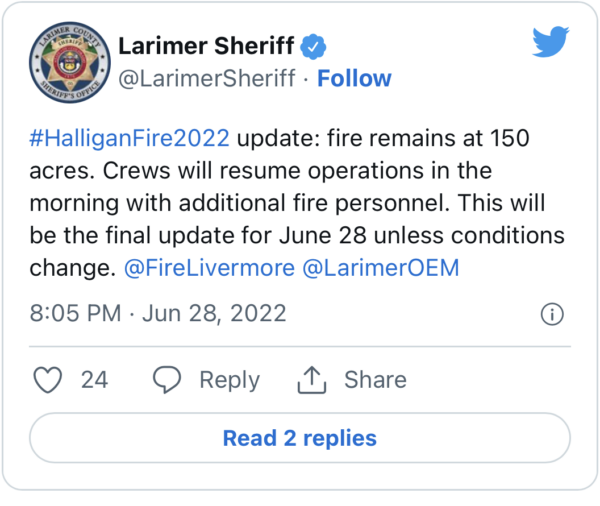 According to Livermore Fire Protection District, the first attempts at containing the fire by wildland firefighters were made in the north fork area of the reservoir, just northwest of Livermore and west of Highway 287. As of Monday, June 27, there have still been no reports of any threats to people or structures.