Two Fort Collins men, Brian Carroll and Mike Viney, have resurrected important episodes in the life and times of Fort Collins nearly 150 years ago with the joint publication of A Civil War Diary of Frederick R. Baker, Private in Lincoln’s Union Light Guard. The process started with the discovery of a vintage Kodak camera by Viney, the identification of a civil war sabre by Carroll, and access to a family diary. The project took hours of research time and collaboration with Baker’s descendants, Frederick Baker and his son Edward, who contributed greatly to Fort Collins in the early years of Colorado’s statehood. The book testifies to the fact that recording history accurately relies on both serendipity and the application of due diligence in getting the facts right.

Viney spotted the 1895 Pocket Kodak Camera at the house of Marcia Dawdy, granddaughter of Edward Richard Baker (1879-1972), who lived at 304 Mulberry in Fort Collins. As an amateur photographer, he saw its value as a collectible. His curiosity grew when he discovered that Dawdy possessed some of Edward Baker’s carefully labeled pictures. Knowing he needed additional help to interpret what he had found, Viney enlisted the aid of Wayne Sundberg, a well-known local historian who had also been Viney’s social science teacher at Lincoln Jr. High School. Sundberg, in turn, introduced Viney to Carroll, a retired FBI agent whose interest in local history (and prehistory) grew when he and his wife, Vicky, moved here several years ago.

Viney and Carroll worked together to interpret the black and white still images. Viney became the principal author of a soon-to-be-published article focusing on the pictures Edward Baker took that revealed family life in picnics and camping trips near Fort Collins in the late 19th century. One picture depicted an older couple identified as Frederick R. Baker, a former Mayor of Fort Collins, and his wife, Elenora. That image helped Carroll recognize a connection to a sabre he had acquired at an estate sale.

People designated to liquidate estates often aren’t familiar with the items under their charge. They enlist experts. This author was asked to determine the value of some fossils in the collection. While on site, the liquidator asked about the value and provenance of a Civil War sabre. I said that I didn’t have expertise in such items, but Brian Carroll might. Carroll ultimately purchased the sabre and found the initials FRB scratched on the handle. Carroll’s wife, Vicky, familiar with local history, suspected that FRB stood for Frederick R. Baker.

Carroll also performed sleuthing on Ancestry.com to locate some of Baker’s descendants. The threads of Viney’s and Carroll’s investigations ultimately intertwined with Sundberg’s timely introduction. About that time, Dawdy also shared the diary created by her great grandfather Frederick Baker during the dramatic events before and after Abraham Lincoln’s assassination in 1865.

Imagine being a strapping young soldier making penciled entries in a diary the size of a large cell phone. Your penmanship might not always win awards. Moreover, you would abbreviate common words and phrases, allude to events and people you assumed everyone would know about, and use the slang of the day. That was the task Carroll and Viney faced interpreting their Civil War era treasure. They decided it might be worthwhile to independently make translations and then compare to see where they made different choices.

That worked well for some time. Since many of Baker’s comments revolved about events happening in and around the barracks or at visits to various sites in Washington D. C., Viney said, “I thought it would be cool to add footnotes going into more detail about current events of the time.” For example, shortly after Lincoln’s assassination, Baker makes an entry for Wednesday, April 19, 1865:

Weather fine to day. No duty to do at the Bks (barracks) in the forenoon. Our Co go to the funeral in mourning the procession very large but all I can say, every person felt sad and mourns the loss of so Noble a Man79.

Evening Star of 4/20/1865 reported the order of March for the procession from White House to the Capitol. “President’s gray horse, saddled, with boots of the deceased in the stirrup, led by a groom. Union Light Guard, Lt. Jamison commanding, as mourners. This company has been doing duty as the President’s bodyguard for over a year.”

Eventually, however, they decided it was more productive to work together and feed off each other’s insights. Carroll suggested that it would be great to research pictures relevant to the text and add those. For example, when Baker mentions a big fire at the Smithsonian Museum, Carroll found a picture of the burned building from contemporary news coverage to add to the narrative. Viney said, “Our ability to work together grew as we worked on the diary. It was incredibly rewarding to solve puzzles (interpreting the text) as we went along. I felt lucky to have met Brian.” Carroll, in turn, appreciated Viney’s skills making sure everything was accurate and properly documented.

The result is a fine book that will add to the rich legacy of the one-time frontier town of Fort Collins, Colorado. After his time in the Union Light Guard, Frederick Baker mustered out of the service and moved west in 1873 to the foothills of the Rocky Mountains to make a life far from his home state of Ohio. “Over the next thirty years,” said Carroll and Viney in the book’s epilogue, “Baker becomes a successful farmer, civic leader, religious leader, and visionary for the City of Fort Collins.”

One reviewer said, “This is a precious historical document but even more, it is a rare glimpse into the human depth of that crucial period in American life. I found Baker’s spare, understated entries to be surprisingly moving.” Carroll and Viney have succeeded in turning some serendipitous discoveries into a much clearer window into Fort Collins’, and America’s past. The Fort Collins Museum of Discovery will house some of the artifacts, including the diary and sabre, using them to interpret the contributions of the Bakers to Northern Colorado for their visitors.

A Civil War Diary of Frederick R. Baker, a publication of Old Army Press, will be available at the Fort Collins Museum of Discovery. For groups interested in a presentation, contact Brian Carroll at bvcarroll@aol.com. 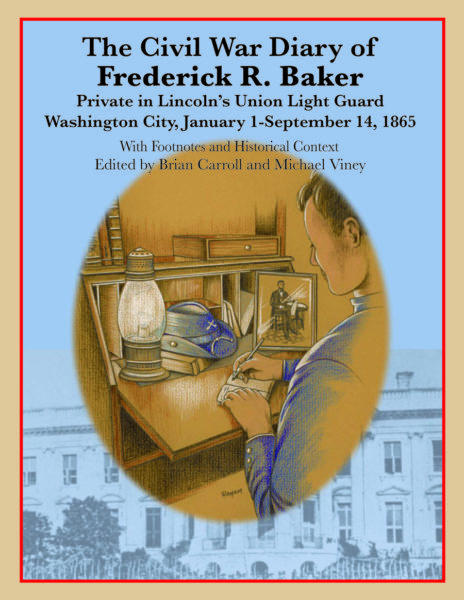 by Libby James City Park has been a playground, community gathering place, fishing, skating and swimming spot, sports arena, and green, tree-shaded respite for the people of Fort Collins for more than 100 years. In […]

The Recreator is out and sign ups are approaching

April 26, 2019 Cynthia Wilson Events Comments Off on The Recreator is out and sign ups are approaching

Girls in the spotlight foster leadership, entrepreneurship, and creative/performing arts

May 17, 2019 Cynthia Wilson Business & Education Comments Off on Girls in the spotlight foster leadership, entrepreneurship, and creative/performing arts

Girls in the spotlight is a movement to help girls find their voice through the combination of creative/performing arts, leadership, and entrepreneurship. Girls communicate, create, and connect during a weeklong summer program, Girls Take the […]