The Loveland Museum has announced an exhibition by Award-Winning Musician, Activist, and Accomplished Artist John Mellencamp, opening on November 26 and on display through February 12, 2023.

“The art of John Mellencamp stretches the American brand of expressionism…free in spirit, his work punches out at us. His is not a work that dabbles along the edges; it is every bit as strong-willed as the best of the American expressionists no matter the period with which we might make a comparison.” – Dr. Louis A. Zona

As his musical career flourished, Mellencamp began to paint earnestly in 1980 with an early affinity for portraiture influenced by the works of Otto Dix and Max Beckmann. His kinship with the German Expressionism of the early Twentieth Century, with its existential focus on the human condition, serves as the foundation for the development of Mellencamp’s “oeuvre”.

His large-scale oil portraits and mixed-media pieces document America’s heart and soul, revealing unsettling but beautiful truths with a kind of anti-establishment frown, with a rich sense of narrative. Like his music, Mellencamp’s paintings are carefully composed through the structural requirements of harmony, rhythm, and order, and are thematically in line with the small-town, earnest voice of the heartland. 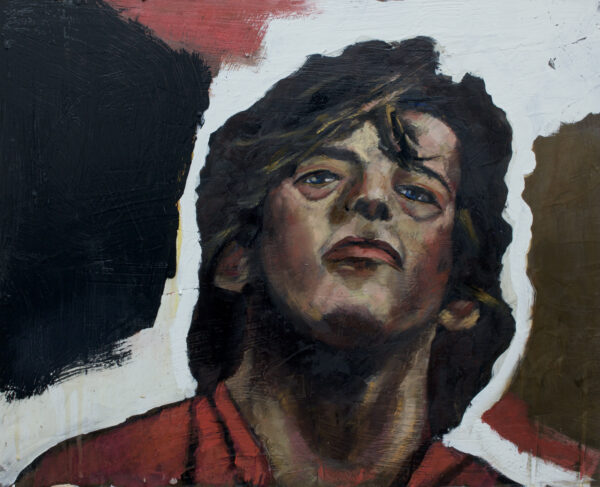 John Mellencamp: American Paintings and Assemblages Coffee Table Art Book of Mellencamp’s work will be released October 18th via Rizzoli New York. This book documents “America’s heart and soul” with an “anti-establishment frown.” The book features 170 original works, essays from David L. Shirley and Bob Guccione Jr, and a forward written by Dr. Louis A. Zona. Mellencamp’s art is storytelling at its finest.

“Although we may primarily know Mellencamp as a rock star, one of the highest-selling of all time and a Hall of Famer, he is also a great painter, as this book shows. Not a musician who also paints…. No, John legitimately belongs in the modern art pantheon,” says Bob Guccione Jr.

Mellencamp is a member of the Rock and Roll and Songwriters Halls of Fame, a recipient of the John Steinbeck Award, ASCAP Foundation’s Champion Award, The Woody Guthrie Award, the Americana Music Association’s Lifetime Achievement Award, and most recently, the Founders Award, the top honor assigned by the American Society of Composers, Authors and Publishers.

The exhibit is available for viewing from Saturday, November 26 to Sunday, February 12 during the operating hours of the museum (see below). The Main Gallery exhibit is $7 for ages 13+ and tickets are available at the door. The public opening reception will be on Friday, December 9th from 6-8 pm, during Night on the Town, and offer free admission to the gallery. Additionally, there will be a free admission day on Wednesday, December 14.

For more information about the exhibit, please visit www.thelovelandmuseum.org/john-mellencamp-painting-and-assemblages.

About the Loveland Museum

The Loveland Museum is an accredited art and history museum that was founded in 1937 by local author, collector, curator, and mountain guide Harold Dunning. Dunning began collecting pioneer artifacts and stories as early as 1919, and today, the Loveland Museum is home to a variety of history exhibits, hosts world-class art exhibitions, and provides family events; adult and youth classes; lectures; poetry readings; and other programming opportunities for the Loveland community and visitors from around the world.