I am honored to serve as your Larimer County Clerk and Recorder and take very seriously my responsibility to ensure efficient, high quality, operations of integrity for every Larimer citizen regardless of their political persuasion.

Clerk and Recorder for Larimer County

I am compelled today to inform you of a bill that is quickly making its way through the State Legislature. If passed, this bill will unreasonably and unnecessarily waste millions of taxpayer dollars and create no real improvements in our election processes.

The bill, HB19-1278, Modifications to Uniform Election Code of 1992, proposes dramatic and expensive changes to our current election system.  If state funding is provided for these unnecessary changes, they will have to be diverted from other more needy sources. If these unnecessary changes are not funded by the legislature, they will create a major drain on county general funds which are much needed for other purposes.

With the Voter Access and Modernized Elections Act of 2013, Colorado became the third mail ballot state in the nation; assigned polling places were eliminated and, Voter Service and Polling Centers (VSPCs), pioneered by Larimer County, were created; it also authorized in-person same-day registration; and state residency requirements were shortened for voter registration.

The integrity, transparency, and accuracy of Colorado’s election system have become the benchmark for our nation. In 2018, with regard to Cybersecurity, Colorado was labeled by the Washington Post as the “safest state to cast a vote,” we have the second highest voter turnout, we are the third in the nation for voter registration, and fourth nationwide for the lowest wait times.

The reason all of this matters is that HB19-1278 is primarily aimed at eliminating long wait times at polling centers on Election Day. However, data shows that in the 2018 General Election only 6% of polling centers statewide had lines longer than 30 minutes – the national benchmark established in 2013 by the Presidential Commission on Election Administration. In comparison, Larimer County, with fifteen VSPCs on Election Day, only two exceeded the thirty-minute wait during the afternoon with neither exceeding 45 minutes at any time. The wait time for all fifteen VSPCs, outside those few anomalies, was less than 30 minutes.

Included in the bill are proposed changes to the number of VSPCs and 24-Hour Ballot Drop Boxes required by each County based on a formula suggesting a one-size-fits-all approach to solving a relatively nonexistent issue. The formula, as applied to Larimer County, would initially (Tier 1) in 2020 require an increase in the number of VSPCs on Election Day from fifteen to eighteen, and the number of 24-Hour Ballot Drop Boxes from three to seventeen. The next threshold (Tier 0), which Larimer is rapidly approaching, would require twenty VSPCs and twenty-seven 24-Hour Ballot Drop Boxes and treats Larimer like a metro Denver county. Overall, the combined mandates of the bill would decrease efficiency and over-extend the resources needed to successfully conduct an election, thus putting at risk an exemplary system that Coloradoans know they can trust.

For Larimer, it is estimated that costs associated with these dramatic changes will total, for the first five years, from $3M to $6M (depending on the Tier).  As your clerk responsible for these operations in Larimer, my staff and I have brainstormed meaningful improvements that will focus on eliminating the minor wait times we have seen at a cost of implementation closer to $250K.

We need your help! I strongly encourage you to contact your state legislator at https://www.larimer.org/sites/default/files/elected-officials-terms.pdf and oppose this legislation. For more information on HB19-1278, please visit the Colorado General Assembly website http://leg.colorado.gov/bills/hb19-1278. 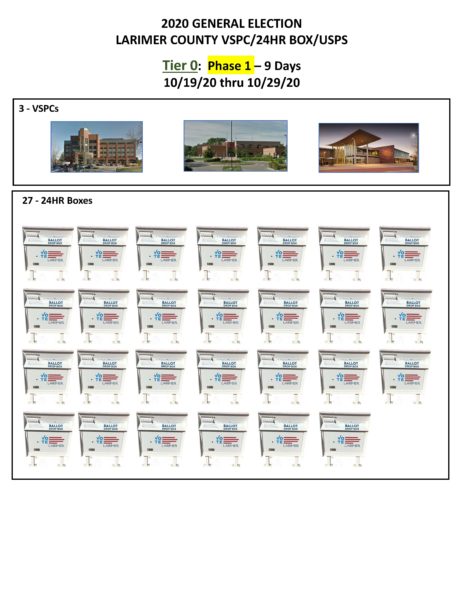 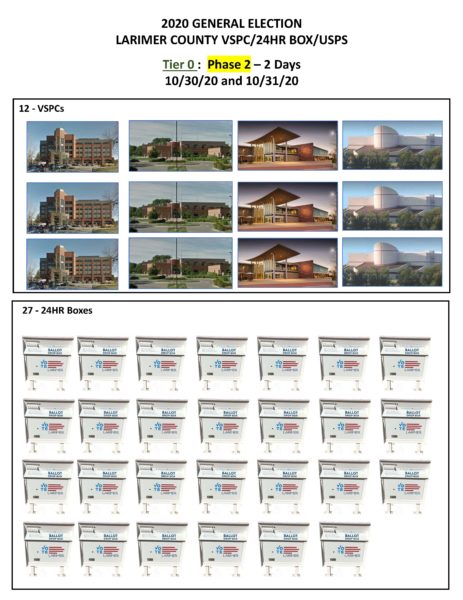 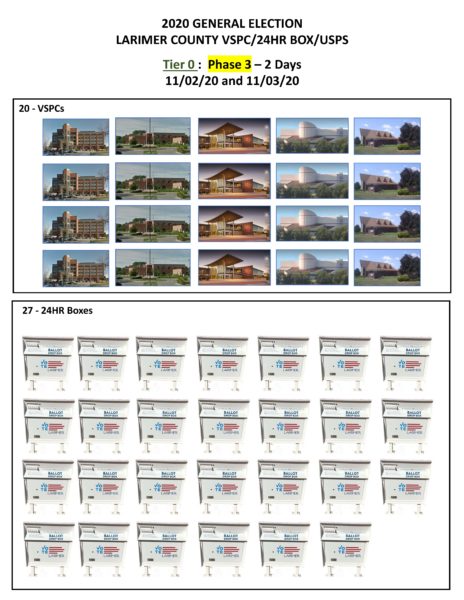 May 29, 2018 Theresa Rose Outdoors Comments Off on Colorado Parks and Wildlife seeks board applicants for Colorado Nongame Conservation and Wildlife Restoration Cash Fund

Letter to the editor: Larimer County Sheriff Supports Issue 1B

The following is a letter to the Editor. Opinions and views expressed in the following are not necessarily the views shared by North Forty News, it’s staff, or its followers. We encourage our readers to […]

Michelle A. Bird, Public Affairs Manager It was discovered that 193 voters in 105 households in a portion of the Timnath subdivision of Timnath Ranch received ballots that did not include the Poudre Fire Protection […]