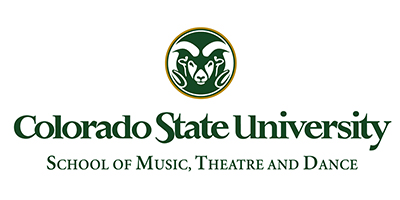 Re-Imagining Sondheim from the Piano

Fort Collins– Colorado State University’s School of Music, Theatre, and Dance has partnered with the Fort Collins Lincoln Center to bring the talented Anthony de Mare to the University Center of the Arts located at 1400 Remington St. The performance will take place on April 17 at 7:30 p.m. in the Organ Recital Hall.

Liaisons is a landmark commissioning and concert project, conceived by acclaimed concert pianist Anthony de Mare, based on the songs of legendary musical theater composer Stephen Sondheim. The project has brought together 36 of the world’s foremost contemporary composers to “re-imagine” one of Sondheim’s songs as a solo piano piece.

The result is a brand new world-class piano repertory that reveals Sondheim’s influence across multiple genres and generations, with a roster spanning the classical, jazz, opera, pop, musical theater and film worlds. Composers range in age from 30 to 75, representing seven countries and 29 Grammy, Pulitzer, Tony, Academy and Emmy Awards. Both an homage and a celebration, Liaisons makes the case for Sondheim as one of the 20th century’s most influential composers — as at home in the concert hall as on the Broadway stage.

Pianist Anthony de Mare, known as a champion of contemporary classical music, has also been credited with the reinvention of concert theater. For Liaisons, individual pieces can be combined to form an infinite variety of concert, recital and residency programs; venues can work with de Mare directly on shaping the program best suited to their audience, from recital series to jazz festivals.

Sold-out houses and rave reviews have greeted Liaisons concerts across the country. The collection received its NYC premiere over a series of three concerts at Symphony Space from 2012 – 2015.

Tickets are $20+/public and $10/student. Ticket prices may increase based on availability and can be purchased online at tickets.lctix.com or by phone at (970) 221-6730. Public pricing may increase by $5-$10 based on inventory.