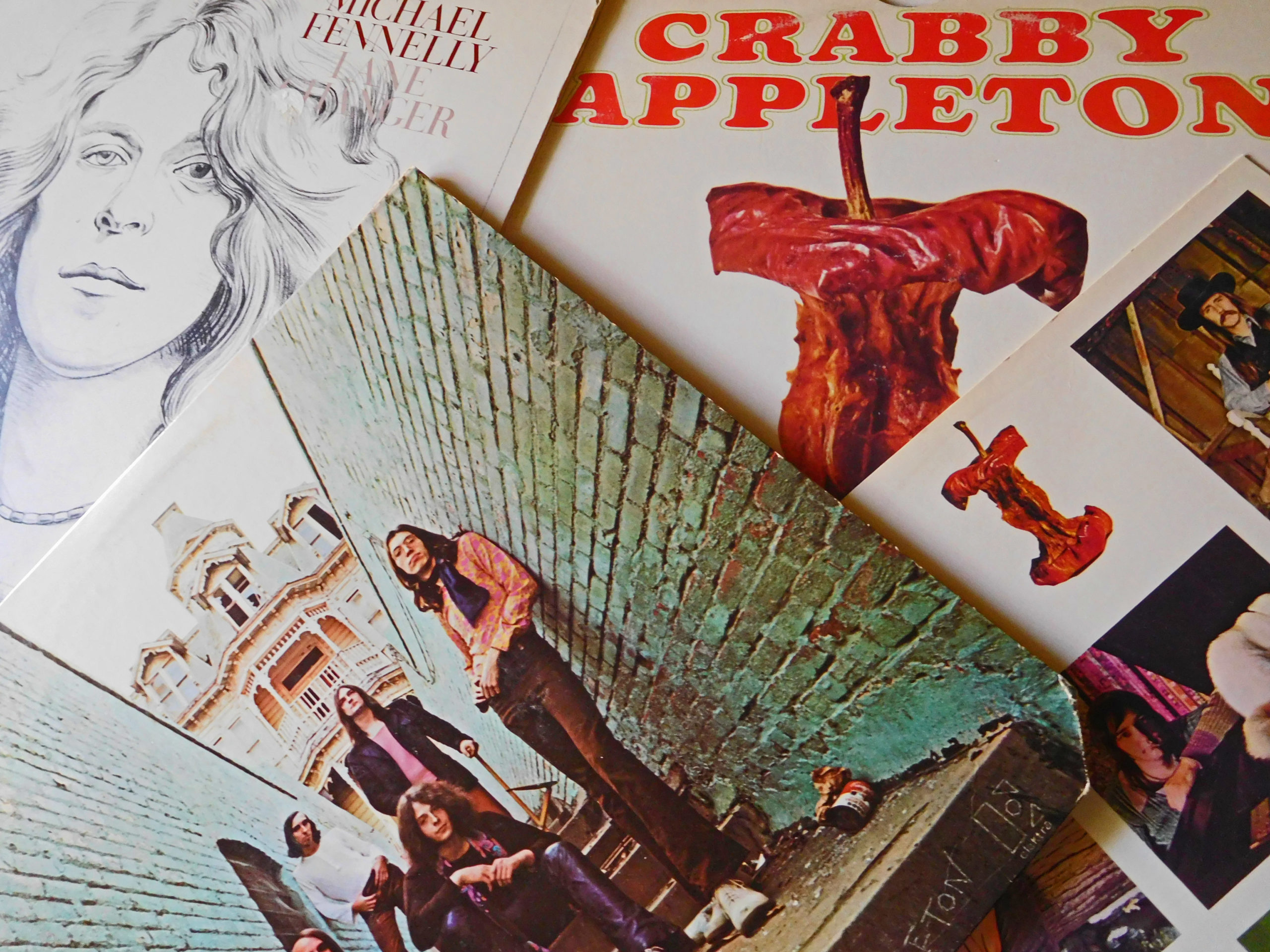 When music fans get together and concert stories start flying, inevitably they compare notes on their very first concert experience.

I remember mine — “A Festival of Rock” in Phoenix on July 31, 1970. The headliner was Ten Years After and the bill also included Cactus, the original Poco and Big Brother and the Holding Company.

But the very first band at the very first concert was one called Crabby Appleton. I’ll never forget walking into the arena — the darkness, the lights and the booming volume, all kind of disorienting. But when I finally found a seat and could tune into what Crabby Appleton was doing on stage, I was impressed from the very start.

So was the crowd and Crabby Appleton earned some major applause for so early in the evening. Meanwhile, I was carrying around my primitive little cassette recorder and recorded the show.

Shift the timeline to 2004. That year, I published a book titled “King Koncert, Memoirs of an American Rocker The 1970s,” writing about my concert experiences including, of course, that first show. I listened to the recordings I had made and deepened my memory of that great time. The book came out first through a publish-on-demand company, then I ended up putting the entire book’s text on my website.

Here’s where it gets more interesting. In 2011, a friend of Michael Fennelly, guitarist and vocalist for Crabby Appleton, read my review of that first show online and noticed I mentioned having recorded the concert. He requested a copy of the Crabby Appleton recordings on my old battered tapes and brokered a direct exchange between me and Fennelly. I was amazed — that forty-plus years after the fact, I was providing my rough recordings to one of the musicians I had seen so long ago.

Now, it’s 2020 and that first concert was fifty years ago. But the memory hasn’t diminished. So much so, that I dug around in my email archives and found Fennelly’s address and gave it a shot. I thought I might post a Crabby Appleton recording online to commemorate that event five decades earlier and though that plan was scrapped, Fennelly and I agreed on an interview that was interesting indeed.

Fennelly’s answers — read the full text below — range from memories of a rock and roll past to what’s going on in 2020.

Now I’m doubly amazed — updating views with the guitarist for the first band at the first concert I went to fifty years after the fact. OK, so all of that makes my first concert all the more memorable.

But everybody has their own story and even Fennelly, who now lives in Oregon, couldn’t resist mentioning his own “first concert” — the original lineup of The Beach Boys on their “Summer Safari” tour.

So, that just begs the question: what was your first concert? Post a comment. Bring up a memory. Play that old record of the band that lit your fuse back in the day. Right now, in the midst of a pandemic, we don’t have much choice but to depend on our concert memories.

An Interview with Michael Fennelly

What was happening with Crabby Appleton in the summer of 1970?

Summer 1970 was an amazing time for the band. Our single “Go Back” was climbing the charts and we were performing live shows all over the place. The funny thing was — our record was a hit in the top ten (sometimes number one, two, or three) in some regional markets, but was unplayed and unknown in other markets. So one night we’d be playing a huge arena — on the bill with major acts — and the next night we’d be playing in a little dive off the highway. It kept us humble.

What was different about doing solo work like “Lane Changer” (Fennelly’s solo album) as opposed to working with a band?

My experience making “Lane Changer” was new and unique to me. I’d always gone into the studio with a well-rehearsed band and arrangements nailed down for the most part. But for “Lane Changer” I was working with great British musicians who only worked the songs out briefly and quickly. The process yielded a freshness to the sound and style, I think.

And ex-Zombie bassist Chris White, who produced the album, was a joy to work with. He had a little black book with contacts for incredible players. He even had Jeff Beck come in to play the guitar solo on the song “Watch Yerself”. You can imagine what a thrill that was for me.

Where else has your music journey taken you?

I arrived in Los Angeles in 1966 at age 17. One year later I was recording with seasoned pros in CBS Studios, making The Millennium’s “Begin” album. That was like being struck by lightning. And then Crabby Appleton’s run, and then a couple of solo albums.

I continued to work with bands in LA all the way up through the late 80s — playing clubs, recording demos, and pursuing record deals. I look back on my music career of over 20 years with a great sense of satisfaction. I worked with so many great musicians and producers, had wonderful adventures and friendships — some brief and some long-lasting.

And I still hear from folks who are listening to the records I made half a century ago and enjoying my songs! How cool is that? Some of my records have been reissued, some (such as The Millennium) have been rediscovered. The pleasure I derive from having made music that people enjoy is immense. And of course, it was cathartic to get all that self-expression out. It would have been terrible for me to have never let all that out.

Any observations on the incredible changes to music in the last 50 years — from singles/LPs/radio to the digital revolution/downloads/streaming?

Wow. That’s a lot to consider. I miss the thrill of bringing home a new record unheard, ripping off the shrink-wrap and setting the needle down on cut one/side one and listening to the album as an entity. Some of those records were life-changing. But we live in a different time now — speed and accessibility have taken over in many areas — not just music. It seems that “disposable” is king. But access can also bring people to music they might not otherwise have encountered — so that part can be beneficial.

Any observations about 2020 — how is it in Oregon and do you see CO-VID creating lasting changes?

I’m sure that there will be lasting changes from the pandemic. What form those will take, and how things will be once we get past this crisis are surely big question marks. Sometimes opportunities arise from the ashes of disaster. We’ll surely need solid leadership and willing citizen participation to get to the next phase. Let’s hope we get there.

And Oregon is a special place. I feel fortunate to be here — been an Oregonian for over thirty years. The forest fires have been pretty devastating this season, as you know. But nature has a way of regenerating in the verdant Northwest, so we’re keeping fingers crossed that green will come back to areas hard hit by the fires.

I plan to stay safe, healthy, and alive!

Tim Van Schmidt is a writer and photographer based in Fort Collins. Check out his YouTube channel at “Time Capsules by Tim Van Schmidt”.