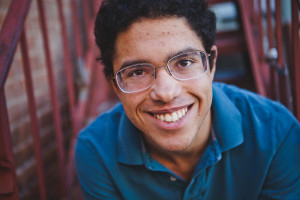 Composer Ethan Boxley’s Fanfare for the National Anthem and his arrangement of National Anthem in G will be performed by the Fort Collins Symphony Orchestra during its upcoming July 4 (FC City Park) and July 7 (Red Feather Lakes) concerts.

The 22-year old Fort Collins native recently graduated with a Bachelor of Music in Composition from the Bienen School of Music, Northwestern University.  His goal is to compose music that is beautiful and accessible, and also incorporates the complexity of earlier forms. His compositional interests include the use of early forms in modern contexts, and the use of pitches and rhythms made by water and other natural sounds in combination with more tonal musical elements.

Boxley’s works have been performed by the Spektral Quartet, Fort Collins Symphony, Northwestern’s Renaissance singers, Denver’s Playground Ensemble, and the NoCo Artists. Most recently his “Reflections on Water” had its world premiere by the Northwestern Contemporary Music Ensemble during its final 2017-2018 season concert.

He studied composition with Chris Mercer at the Bienen School of Music with a focus of study on contemporary music ensembles.  Previously, Boxley studied composition with Hans Thomalla, Jay Alan Yim and Juan Campoverde at the Bienen School Northwestern University; and Cherise Leiter and RJ Miller, NARAS, ASCAP, at the Metropolitan State University of Denver.

by Sparge Brewing - 19 hours ago