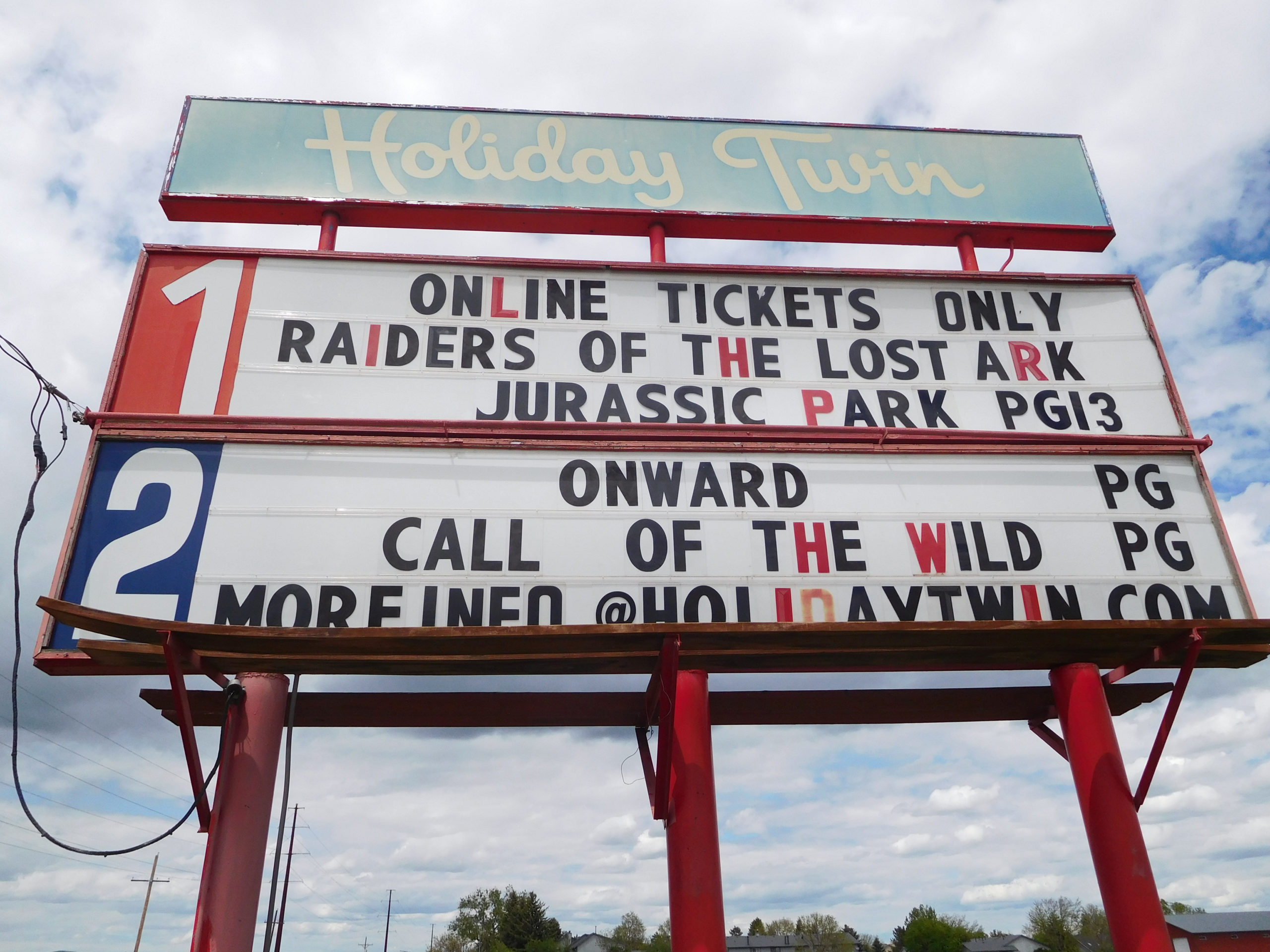 You take your seat. Maybe start digging into some popcorn. But then the lights go down and the huge screen in front of you becomes everything. For the next two hours, that screen and the stories that flicker across them push away the outside world.

That’s what I love about going to the movies — it becomes a whole world to itself, full of all the drama, laughter, heartache and joy of human life, but somehow more understandable because it’s all right in front of you. It’s just a little bit of magic.

And I’ve enjoyed the magic movie experience in just about all of the theaters in the area. The Movie Bistro offers luxurious comfort. The Lyric is the place to go for hard-to-find movies. The Fort Collins 16 corners the market on variety. The Worthington 6 is a favorite for catching up on the ones that got away.

I’ve been missing my regular trips to the movies because of the virus shutdowns. Some theaters are just now working on reopening with CO-VID concerns in mind.

But there is one theater — The Holiday Twin Drive-in — that‘s been rocking all along. It’s cool — an old-fashioned thing like drive-in theaters, many of them disappearing around the country, suddenly becoming the leading outlet for the movies. They are ideally set up for just this time.

I had some of my first movie experiences at the drive-in theater in Wisconsin where we vacationed during the summer.  It was the quintessential American thing — pack the kids into the back of the station wagon with pillows and snacks and go see Westerns like “Stagecoach” or World War II dramas like “Sink the Bismarck.”

Of course, there are other options for enjoying movie magic today, thanks to videos and streaming.

My parents, living in California at the time, bought one of the first VHS video machines available and gave it to me when I moved to Fort Collins. However, my wife and I didn’t own a TV. So we would hook up with a close friend who had a TV but no VCR — and movie night became a special living room occasion.

The progression from videotapes to DVDs to direct streaming has made watching movies at home a regular event — maybe even a little ho-hum. But we’re working on that. We just had a special movie night with that close friend we would visit with our “traveling VCR,”  sitting six feet apart to stream “Hamilton” on her big screen smart TV. It was special, indeed. “Hamilton” is an awesome piece of 21st-century entertainment.

But for me, nothing replaces that feeling of getting lost in a movie while watching in a dark theater. It’s more of a commitment than watching at home. First of all, you have to physically go to the theater – when they’re open, that is — and get settled before showtime. But it’s also a mental thing where you must suspend your everyday concerns to get the most out of it. For the effort, though, you can have it all — thrills, challenges, conflict, and love…and a little bit of magic.

Tim Van Schmidt is a writer and photographer based in Fort Collins, Colorado. Enjoy interviews with international musicians on his Youtube channel “Time Capsules by Tim Van Schmidt.”