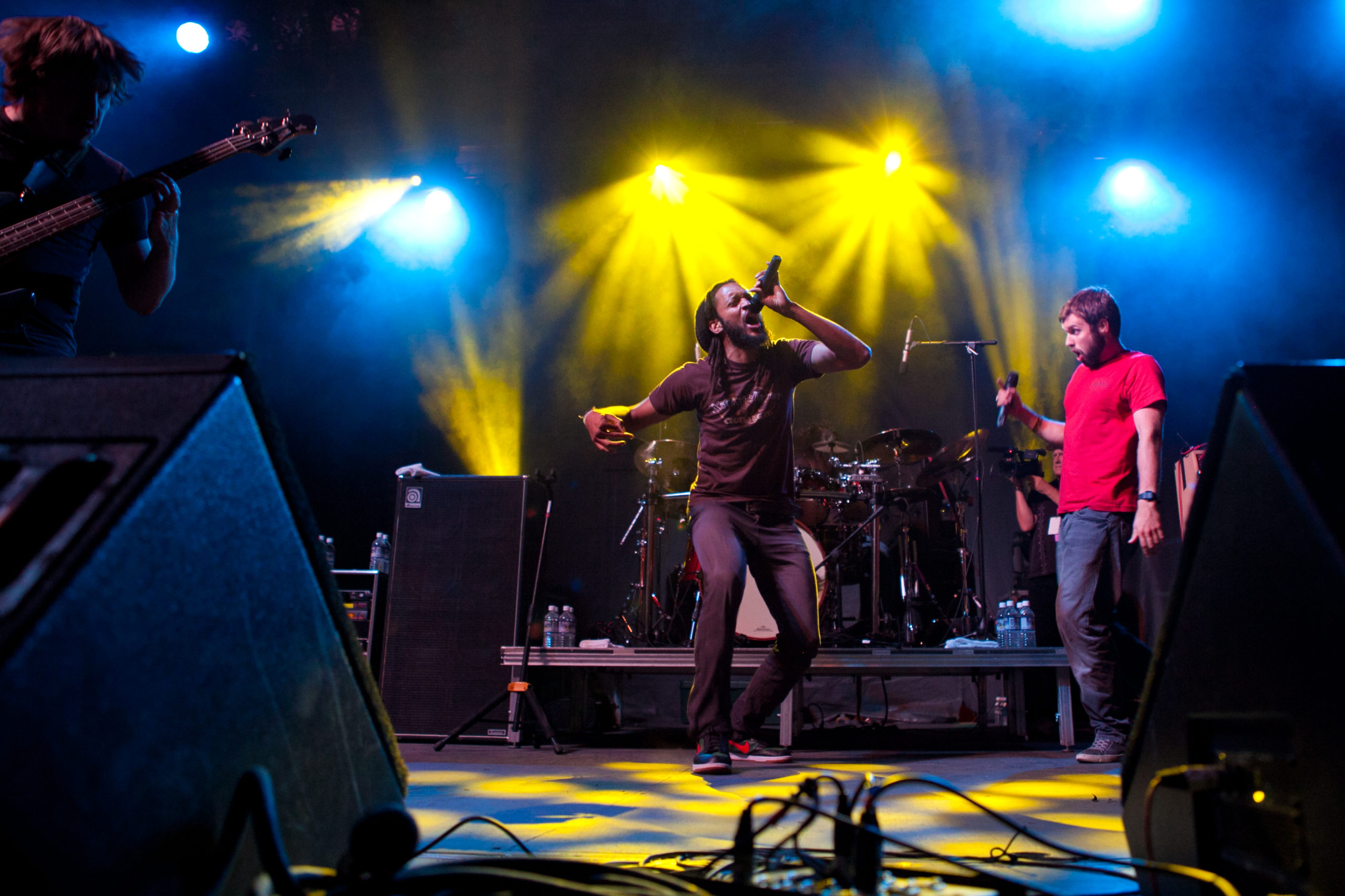 Three days of Music and Community

For Fort Collins, August means one of the biggest community celebrations of the year, when Bohemian Nights at NewWestFest takes over the streets of downtown.

Bohemian Nights at NewWestFest features performances by over 70 local, Colorado bands and three national headliners. Innovative, Denver-based hip-hop group the Flobots will play Mountain Avenue Stage at 8:30 p.m. on Friday, the opening night of the festival. On Saturday, classic rock legend, the Steve Miller Band, will take the stage at 8:30 p.m. Miller’s set also will be simulcast on three screens in Library Park for those who prefer a more relaxed venue. Internationally acclaimed Mexican acoustic rock guitar duo Rodrigo y Gabriela will close the festival on Sunday at 5:30 p.m.

If you think that’s an eclectic mix of big-name bands, you’re right. Bohemian Foundation Music Programs Director Kristen Karabensh said, “When we select artists, we strive to be diverse. We build the lineup with an eye toward appealing to people of different ages, different backgrounds and different tastes in music. We focus on local music because we want everyone to get excited about discovering so many talented musicians playing right here at home.”

While it may be one of the big names that get you on your bike or on the MAX to Old Town, the festival by no means stops there. Besides each day’s headliners—and to other festival attractions like food and beverage vendors, specialty booths and a kids’ carnival—Bohemian Nights at NewWestFest treats festivalgoers to an unforgettable Colorado lineup.

For Bohemian Nights at NewWestFest, the music is about coming together as a community. It’s also about supporting the community of musicians living and working right here in our city and state.

It turns out that community is important to musicians, too. James Laurie, Flobots singer, and founder better known by his “Jonny 5” moniker, emphasizes how important community has been to his band’s ascension to the national scene. Flobots came up out of Denver, forming in 2005 and breaking on to the national scene around 2008 with their debut album “Fight with Tools,” which included the chart-topping single “Handlebars.”

Laurie said, “It was quite a pleasure and honor for us (to headline the festival in the past). To get to come back again and just celebrate Fort Collins, celebrate Colorado, and celebrate the power of communities to get together and have a good time, that means a lot. We are super-amped to play at the festival again. We feel like we’re home when we’re in Fort Collins, we recorded our albums in Fort Collins. It’s really our second home in a lot of ways.”

Local musician, music organizer, and Bohemian Nights blogger Greta Cornett (of 12 Cents for Marvin, and Mama Lenny and the Remedy) said, “Fort Collins is now looked at as the place to be if you are playing music in Colorado, and is being called the hotspot for the next breakout band. There are bands moving here from out-of-state to be part of the movement that’s taking place with local music in Fort Collins. It’s super cool to see the community support local music and to connect with the audience … a supportive local scene is one that not only goes out to see local music but is excited about it. When the community knows who their local bands are and what songs they are playing, then you know good things are happening.”