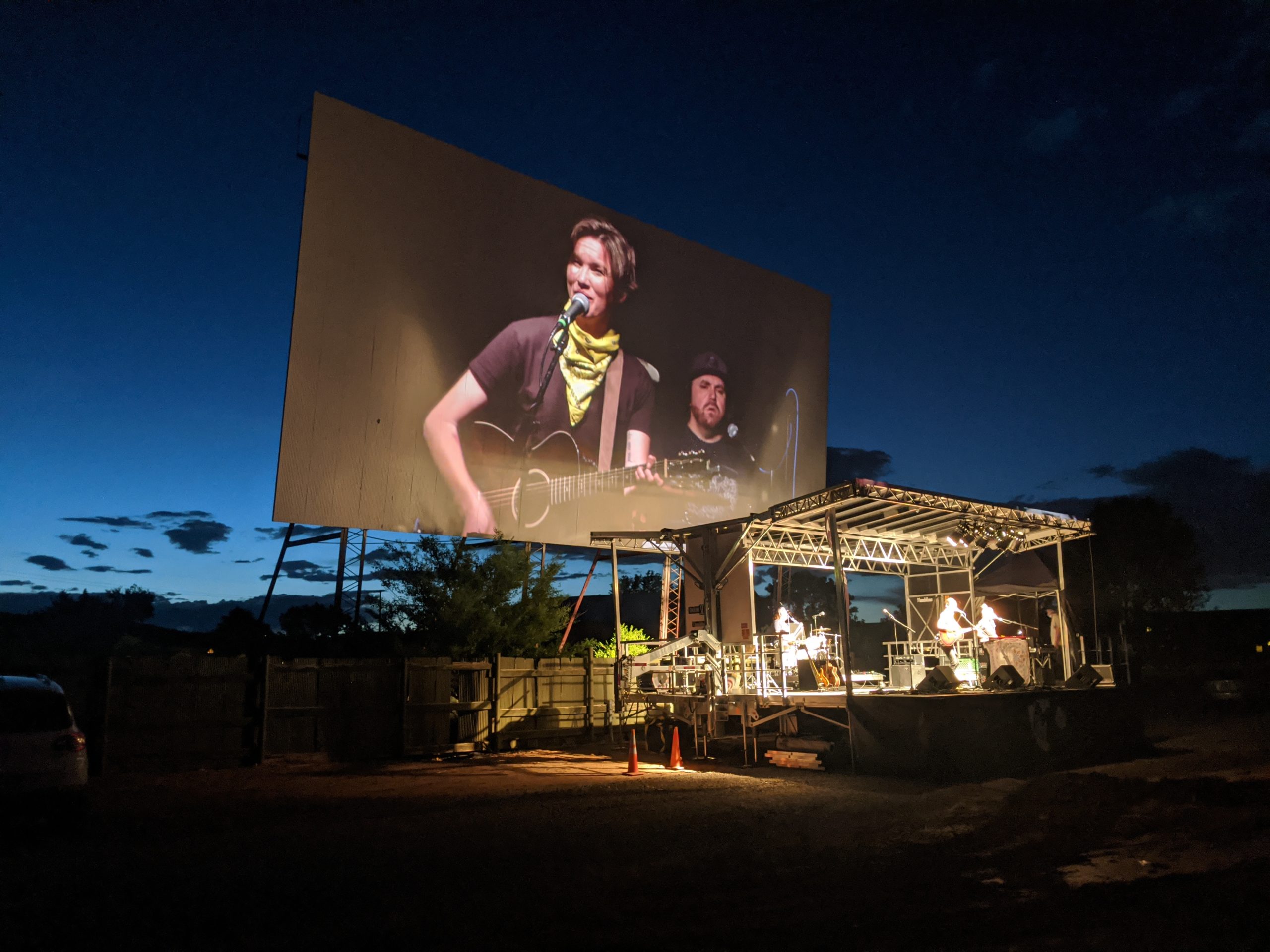 Live music made a return tonight at the Holiday Twin Drive-In. A soft opening of FoCoMX Drive & Jive was intended for invite-only guests.

A stage was set up under the screen, and audio was piped to FM radio in cars. People sat up lawn chairs near their cars and watched two bands perform until just after 11 pm.

“It’s so great to be back performing live in Fort Collins,” said Sarah Slaton, the first performer of the night. “Flash those headlines and honk those horns,” she said.

The celebration of music was a welcome sight for the crowd. The crowd cheered, honked and flashed their headlights at the end of every song.

The series will officially kick off on June 9th and will feature Northern Colorado bands playing live music to audiences safely watching from their cars.

Cars were parked a minimum of 10 ft apart.

Just like everyone else, our music scene has struggled to find creative ways to continue working and performing in these uncertain times. We are grateful for such a supportive community that has worked with FoCoMA to produce a fun (and safe) concert series,” said Greta Cornett FoCoMA President. “We are thrilled to continue supporting our musicians, our music industry, and for the opportunity to do our part to bring some live and local music back to Fort Collins this summer.”

All tickets will be purchased online at holidaytwin.com.