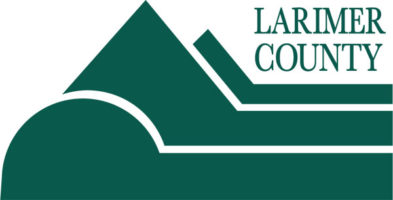 On March 30, 2018, at approximately 11:35 a.m., deputies responded to the maximum-security area of the Larimer County Jail when an inmate began to attempt self-harm. Inmate Anthony John Warren Stansberry (DOB: 07-20-1990) had tied material from a mattress around his neck. Deputies quickly removed the material and Stansberry was evaluated by jail medical staff. Stansberry was subsequently moved to a different area in the jail for closer observation.

A short time later, Stansberry began further self-harm by banging his head on a metal frame and attempting to cut his wrists. Stansberry spit at, attempted to bite, and fought with deputies as they restrained him. A padded helmet was placed on Stansberry’s head to prevent him from harming himself.

Stansberry was able to work free from the restraints and removed the padded helmet. Stansberry threatened to assault deputies who entered the cell, continued to resist and attempted to harm himself by hitting his head. Stansberry bit a deputy’s hand as they worked to restrain him. Once secured, Stansberry was again evaluated by medical staff and did not require treatment. Stansberry began to slowly de-escalate and was taken out of restraints at approximately 1:40 p.m.

Three deputies sustained injuries including cuts, bruises, a bite, and knee injury. The deputies were treated at a local hospital and released.

As a result of Stansberry’s actions, deputies will seek to add a new allegation of 2nd Degree Assault (F4) for this incident. Stansberry was booked into the jail on March 29, 2018 by Fort Collins Police Services on allegations of Resisting Arrest, Obstruction, Criminal Mischief, and Escape. Bond has not been set and a booking photo is attached.

The charges are merely an accusation and the defendant is presumed innocent until, and unless, proven guilty.

May 26, 2018 Theresa Rose News Comments Off on Suspect Arrested for Harassing Women in Campus West Area

Public Information Officer, Fort Collins Police Services A man has been arrested for harassing multiple women in Fort Collins this spring. Andrew Varela (DOB 02/03/82) was taken into custody on May 24, 2018 on charges […]

On September 20, 2018, Robert Frank Bradley (09/20/1981) of Loveland was booked into the Larimer County Jail on allegations of six counts of felony Sexual Exploitation of a Child and six counts of misdemeanor Invasion […]

The Victim Services program for Fort Collins Police Services is looking for compassionate and caring people to serve as volunteer victim advocates. Victim advocates are trained to offer emotional support and crisis intervention to crime […]