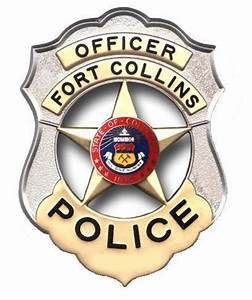 On March 7, 2018 at 12:36 pm, Fort Collins Police received a report of an injured adult male in Eastside Park located at 1000 Locust Street, in Fort Collins. When officers arrived, they located a stabbing victim, later identified as Luis Renteria (DOB 5/7/81). Renteria was transported by ambulance to an area hospital with life-threatening injuries. Officers at the scene recovered the knife used in this incident.

Suspect Roger Alan Brown (DOB 08/02/51) was located in the area and arrested on charges of Attempted Second Degree Murder & First Degree Assault. Brown was booked into the Larimer County Jail. A booking photo is attached courtesy of the Larimer County Sheriff’s Office.

The park was closed for approximately three and a half hours for processing. During this time, FCPS deployed an unmanned aerial vehicle, or drone, to photograph the scene. While the incident did not involve the school, Laurel Elementary was briefly placed on lockout as a precautionary measure due to its proximity to the park. A lockout consists of the doors being locked and no one being allowed in or out, but activities continue as normal inside.

This case is under active investigation, and anyone with information who has not already spoken to police is asked to contact Detective Jaclyn Shaklee at 970-416-2771 or Crime Stoppers of Larimer County at 970-221-6868 or www.stopcriminals.org.
All charges are simply an accusation by law enforcement officers, and any arrested party must be presumed innocent until proven guilty in court.

On January 10, 2018, at approximately 7:48 p.m., the Larimer County Sheriff’s Office was notified of a disturbance in the 800 block of 4th Street Southeast in Loveland. Deputies arrived and learned an adult male […]

Fort Collins Police are asking for the community’s help identifying three suspects responsible for burglarizing a local business. On August 9, 2017, officers responded to Rock N’ Robin’s at 804 S. College Avenue regarding an […]