DENVER—Hyperloop One—the Los Angeles-based company proposing to build levitation-based technology to carry passenger and cargo systems at speeds of up to 700 mph—has selected the Rocky Mountain Hyperloop team as one of 35 worldwide semifinalists to build the new technology.

The team includes the Colorado Department of Transportation/RoadX (CDOT) and global infrastructure firm AECOM as primary sponsors, in concert with the City of Greeley in northern Colorado and the City and County of Denver/Denver International Airport (DEN).

“We are excited about the opportunity to provide the progressive perspective that Hyperloop One brings; it will change our customers’ current perception of transportation and, as a result, revolutionize what we think we know,” said CDOT Executive Director Shailen Bhatt. “We have made a bold commitment to our customers to be a national leader in innovative technology that improves our transportation system. The Hyperloop technology directly aligns with our goals of reducing the cost of transporting goods; of turning rural state highways into zero-death roads; and of decreasing congestion within Colorado’s critical corridors.”

After fielding 2,600 registrants in five months, Hyperloop One selected 35 semifinalist teams for its Hyperloop One Global Challenge. The Global Challenge kicked off in May 2016 as an open call to individuals, universities, companies and governments to develop comprehensive proposals for using Hyperloop One’s disruptive transport technology in their region to move passengers and freight point-to-point, swiftly, and on-demand. 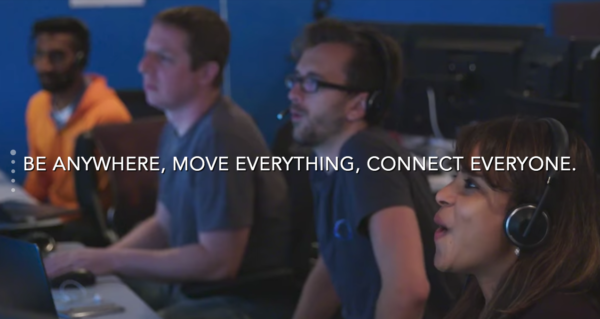 “The Hyperloop One Global Challenge unleashed ideas from some of the world’s most creative engineers and planners, who care as much as we do about the future of transportation,” said Rob Lloyd, CEO, Hyperloop One. “These are all solutions that can make a real and immediate social and economic impact.”

The CDOT team proposed construction of a first phase for the Rocky Mountain Hyperloop is a 40-mile route from Denver International Airport to Greeley, connecting the region’s hub of transportation and commerce with the highest-growth areas of northern Colorado. With the rapid pace of population growth and land development, these major urban centers have become one megatropolis. Hyperloop would accelerate this evolution, and better connect centers of activity and industry.

“We’d like to see Colorado host the first Hyperloop network and be a part of the future of travel,” said Michael B. Hancock, mayor of Denver. “I am confident that this new and transformative method of transportation will bring substantial benefits to Colorado and the West.”

“The proposed Rocky Mountain Hyperloop aligns with the industrial and commercial development planned on Greeley’s wide open plains at the eastern edge of our city,” added City of Greeley Mayor Tom Norton. “Hyperloop technology provides an unbelievable opportunity for all of northern Colorado, and for Greeley in particular, at only 40 miles from Denver International Airport, to continue to be the business hub for northern Colorado, providing goods and services to people throughout the region.”

The semifinalists come from 17 countries, representing every continent except Antarctica. The United States has 11 teams left, India has five, and the U.K. has four. It’s a strong field: Twenty proposals come with commitments of support from local, state, and federal governments and agencies. The company expects to announce the handful of finalists by May.

In the fall of 2016, the Greeley City Council identified broadband as an issue that needed attention. Windsor put the issue in its 2016-18 strategic plan. The city of Greeley and the town of Windsor […]

Five Rivers Cattle in Greeley up for sale

June 20, 2017 admin Business & Education Comments Off on Five Rivers Cattle in Greeley up for sale

$1.8 billion in assets up for sale by owner, JBS (Brazil), includes JBS Five Rivers Cattle in Greeley. It appears The Northern Colorado Cattle industry is about to go through transition with the announced intended […]