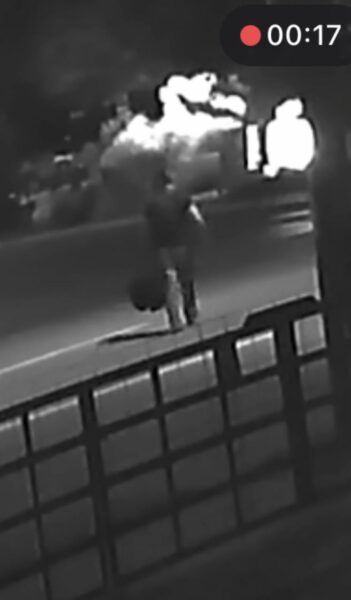 On the night of Monday, August 29 between 10:30 pm and 11:10 pm, a man attacked two dogs in a fenced yard off of 6th Street near the McDonalds in Wellington. One of the dogs died during the attack, and the other was seriously injured but is expected to recover. LCSO is working to identify the suspect who was described as a white adult male about 5’8” to 6’02” who was wearing a dark-colored t-shirt and light-colored pants. The suspect is believed to be associated with a motorcycle bearing an Arkansas license plate. A security camera image of the suspect is included.

Anyone with information regarding this incident or any crime is asked to call Investigator Johnston at 970-498-5509.