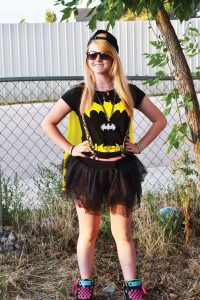 Victoria “Torry” Diane Archibald passed away Monday, Feb. 9, 2015. She was 16 years old and lived in Wellington, Colorado. She was born on March 10, 1998 to Nichole Pritchett-Archibald and Ronnie Archibald. Torry was in her junior year at Poudre High School.

Torry was a bright, beautiful, willful human being. She loved her family and friends, and would do anything for anybody. She always had something to say and add to the world around her.

Torry was willing to work hard for what she wanted; she started working the day she turned 16 and held three jobs over the summer. Everyone was impressed by her spunk and her determination. Torry was never anything less than beautifully, vibrantly alive.

She is survived by her parents Nichole and Ronnie; her three brothers, Michael 19, Alex 19, and Ronnie Jr. 11; her boyfriend Brennan 18; and a large extended family around her.

A memorial service will be held at noon on Saturday, Feb. 21 at the Wellington Community Church, 8445 3rd Street in Wellington. The event will be open to the public, and we encourage anyone who was touched by Torry’s life to attend.

Torry was not a formal person and we are trying to respect her free spirit. We are asking that even though black or formal wear is acceptable, we know that she would love green, Batman, or PHS gear.

All arrangements have been made with The Filling Station 970-568-7480.
A fund has been established to help the family during this hard time. Any donations would be greatly appreciated. Donations can be made at http://www.gofundme.com/m44gq0.

Our heartfelt thanks goes out to all of the family, friends and community for their support.

Memorial Day weekend brings many visitors to the Canyon Lakes Ranger District (CLRD). There is a lot of interest in what the Hewlett Fire means to recreators and what is available to do. Visitors should […]

The Larimer County Sheriff’s Office will participate in the National Prescription Drug Take Back Day, April 29. Sponsored by the US Drug Enforcement Administration, this event provides a safe, convenient, and responsible means of disposing […]

[media-credit name=”Kenneth Jessen” align=”alignleft” width=”300″][/media-credit]The Cherokee Trail was the first route along the foothills through Larimer County. In 1861, it was recognized by the Colorado Territorial Legislature. The importance of this route was amplified the […]