Harry Edwin Jenkins, Jr., 47, of Cowdrey (near Walden), has been arrested for the mail thefts which occurred last month in rural areas of Larimer County.

In January, Larimer County Sheriff’s Office asked for the public’s help in providing information on a series of mail thefts that were occurring in the Bellvue, Rist Canyon and Poudre Canyon areas of Larimer County. The suspect was stealing mail and using the stolen financial information to commit thefts throughout Northern Colorado and Wyoming.

Acting on a tip to the Jackson County Sheriff’s Office, investigators were able to identify Jenkins as the suspect in the mail thefts and subsequent fraudulent financial transactions. 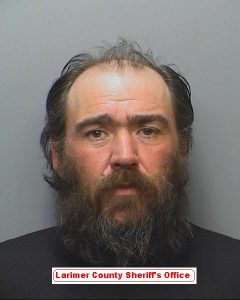 Jenkins was booked into the Larimer County Jail on Feb. 6 and was subsequently released on a $10,000 bond.

The charge(s) are merely an accusation and the defendant is presumed innocent until and unless proven guilty.

Letter: Thanks to LaPorte Hardware for the recycling bin

February 2, 2012 admin Uncategorized Comments Off on Letter: Thanks to LaPorte Hardware for the recycling bin

Thank you LaPorte Hardware for the recycle bin!! I’m sure you noticed it was gone for a couple of weeks in January. This is something that the hardware store offers to the community as a […]

Celebrate the newly reconstructed Pawnee Buttes Trailhead on the Pawnee National Grassland (PNG) on April 20 at 10 a.m. Approximately $250,000 was spent to reroute this trail, build a new parking area, and add picnic […]

September 3, 2015 admin Uncategorized Comments Off on Applications being accepted for Habitat Hero wildscapes