Snow, gusty winds and plummeting temperatures will accompany a new storm poised to blast a large area from the Rockies to the High Plains with winter-like weather this week. As of Monday, more than two dozen winter storm watches and warnings were issued across parts of Montana, Idaho, and Wyoming.

This latest storm is expected to unleash less snow when compared to the one that buried Montana with over 4 feet in late September. However, the upcoming snowstorm will have a much broader reach and pose a wide array of hazards.

Disruptions to travel and daily routines are likely.

Cold air plunging in with the storm will allow snow to accumulate and travel to become slippery, not only in the highest elevations but also in the valleys. 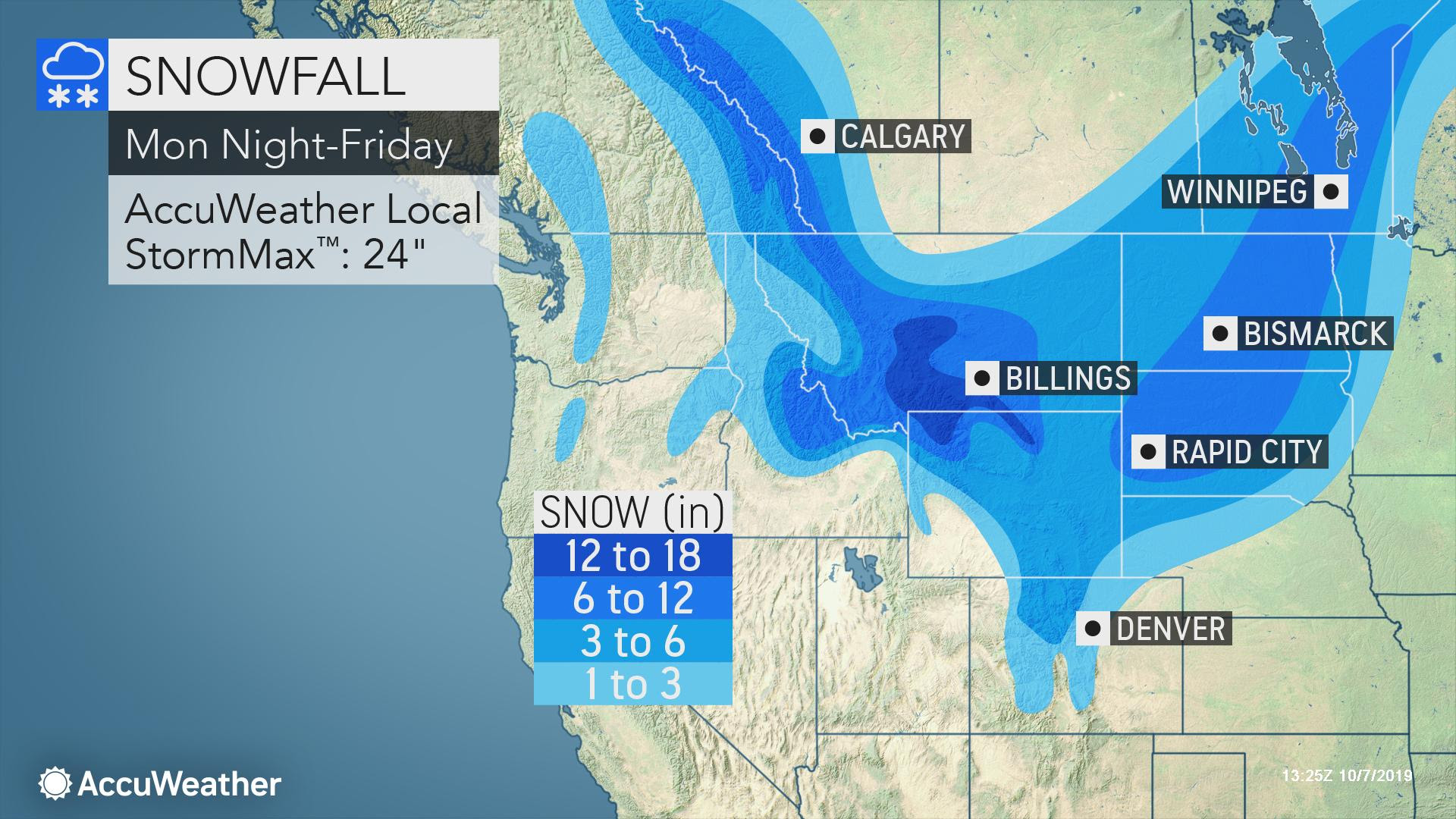 Temperatures can plunge by 30-60 degrees Fahrenheit in the span of 12-24 hours as the cold air swiftly replaces preceding mild conditions.

Billings, Montana, is expected to have a high near 70 on Tuesday before temperatures plummet into the 20s with an AccuWeather RealFeel® Temperature in the teens as snow falls at night.

“The mild-to-cold transition during the storm will tend to cause the snow to cling to the trees at first, which can lead to broken limbs and power outages,” Alex Sosnowski, AccuWeather senior meteorologist, said.

Accumulating snow will fall at pass level in the Washington Cascades. Motorists should be prepared for slippery conditions over Snoqualmie Pass on Tuesday.

Gusty winds whipping around the strengthening storm can also contribute to localized damage, as well as a heightened wildfire risk farther south.

The snow will become light and fluffy as the temperatures plummet, making it more susceptible to blowing and drifting in the winds.

In some areas, especially the lower elevations, precipitation may start as rain before transitioning to all snow.