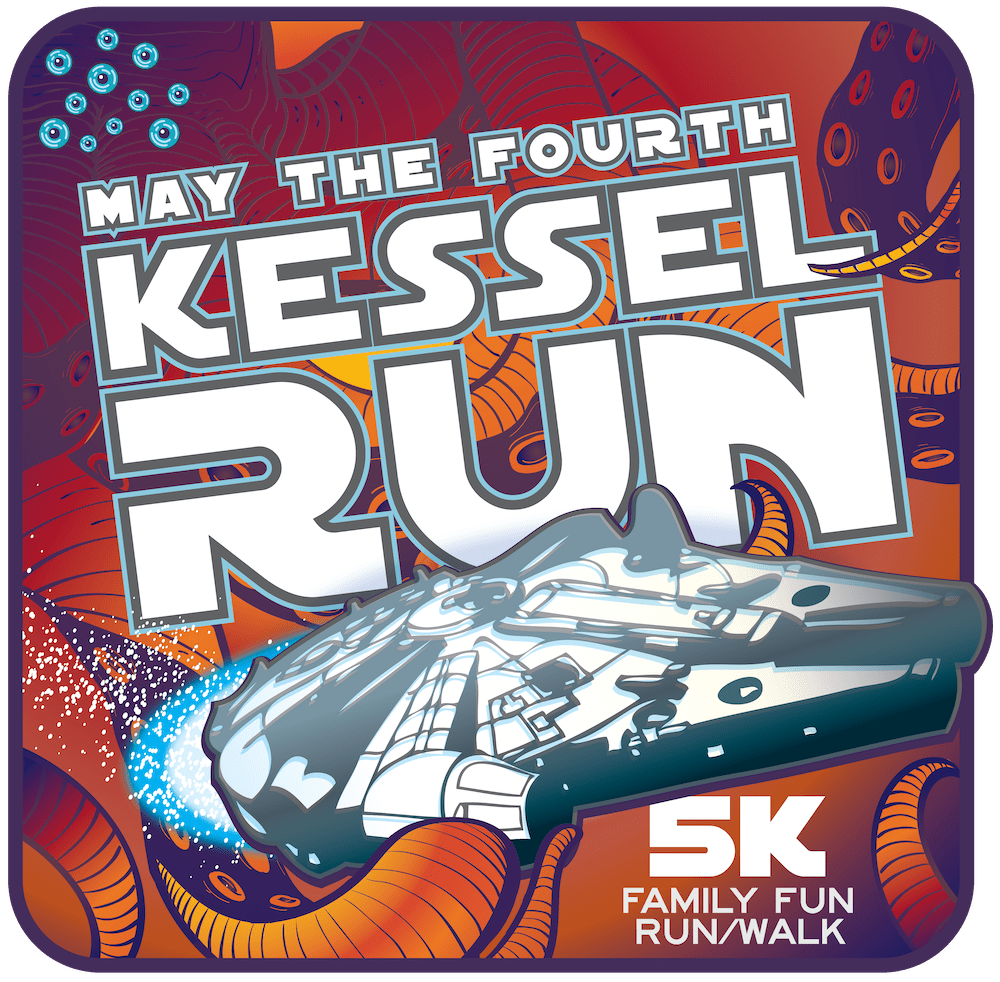 the Geek-in-Chief behind WTF Marketing and Fort Collins Comic Con.

Not long ago, the term “geek” dredged up the idea of a binge-watching, cheese-dust-covered couch potato. That cliché has been left in the dust thanks to events like the Kessel Run, a free Star Wars-themed family-friendly 5K fun-run hosted by Fort Collins Comic Con and the Poudre River Public Library District every May 4th at Old Town Library.

The popular event regularly draws around 350 participants dressed in everything from athletic garb to Stormtrooper uniforms and cardboard costumes of AT-AT Walkers. It spawned a new program last year in partnership with the Fort Collins Running Club: The Kessel Runners couch-to-5K training group.

“When newbies start running feeling like The Flash, three minutes later they’re breathing up a storm and wondering why they even own a pair of sneakers,” says Kessel Runners’ founder Yvonne Kullberg. “My prime directive was to make sure no one would outpace their capability.”

“I wanted the runs to play like a side-scrolling video game, à la Super Mario Bros. Each run’s theme was based on my favorite fandoms like Pokémon, Jurassic Park, Ghostbusters, you name it. Throw in a villain to defeat and some fun trail elements to keep people entertained and engaged, and we’ve gamified learning how to run.”

The pilot year for the event drew 40 participants, including families, groups of friends, and even power walkers. This year, the event will accommodate 50 participants.

“I fully intend to participate again this spring. It was a great way to get moving and get motivated with like-minded people. It wasn’t competitive and everyone was great about cheering each other on. The themed runs were a blast and we had so much fun collecting pins as we went along. I’m really glad for the family-friendly opportunity to spend some time outdoors doing something good for myself and especially excited to participate in the Kessel Run again in May!” says Grace Adams, a participant in 2018’s Kessel Runner’s group.

“I was not a runner and still don’t think I am,” jokes Nick Armstrong, Lead Organizer of Fort Collins Comic Con. “My role was largely telling jokes during warm-up. Each week I did my best and had a lot of fun running – something I thought I hated. Making running fun for geeks, in light of Leonard Nimoy and Carrie Fisher dying from heart-related issues, is a no-brainer.”

The warm-up, created by Keith and Shelly Beyerle at Straightline Fitness, was turned into a parody fitness video featuring volunteers in inflatable T-Rex costumes and produced by local marketing agency WTF Marketing.

“This year, I am looking forward to meeting a new diverse group of geeks willing to give running a chance,” says Ben Clark, who inherited leadership of the program from Yvonne. He started running in earnest in March of 2018 as part of the first wave of Kessel Runners.

Ben realizes how difficult it can be to get started, “I never considered myself a runner. In high school, I was the slowest. The gym teacher would tell me, “Just stop, you’re done, you’re taking too long.” Last February, a friend gave me some pointers. I tried a simple mile run and was surprised at how fast I actually was and how good I felt afterward. I ran my first 5K – slowly – on St. Patrick’s Day and then I joined the Kessel Runners.”

“Not only did I have a motivational group to run with, I reconnected with the geek of my childhood, which was also blocked out for many years of being told it “wasn’t cool.” In May, I ran my first 10K, then my first half-marathon in September. Thanks in part to my start with the Kessel Runners, I consider myself a member of the larger Fort Collins running community now,” Clark says.

The program is funded through registration fees and earned the Runnovation Grant from the Fort Collins Running Club in 2018. “We were lucky to have our initial year funded by the Fort Collins Running Club, but I knew we’d have to make it sustainable and since we weren’t looking to make a profit or disincentivize geeks by charging a lot, it became a matter of getting creative,” says Kullberg.

Registration for the 8-week program which leads into the May 4th Kessel Run is just $30 and includes a wide array of free cross-training activities ranging from TaeKwonDo at Thrive to swing dancing with the CSU Swing Dancing club to learning D&D at Dungeons and Drafts. Registration is open at FoCoComicCon.com/KesselRunners and interested geeks can attend the first two training runs at no cost.

“Kessel Runners is a direct way to bridge the gap between the geek and athletic worlds, roll for initiative, and bring the magic and imagination of geek culture into the exercise realm,” says Clark. “We have a group of previous Kessel Runners who want to continue in the program and help the next generation of runners to successfully navigate the challenging Akkadese Maelstrom of learning a new life skill – all in under twelve parsecs.”