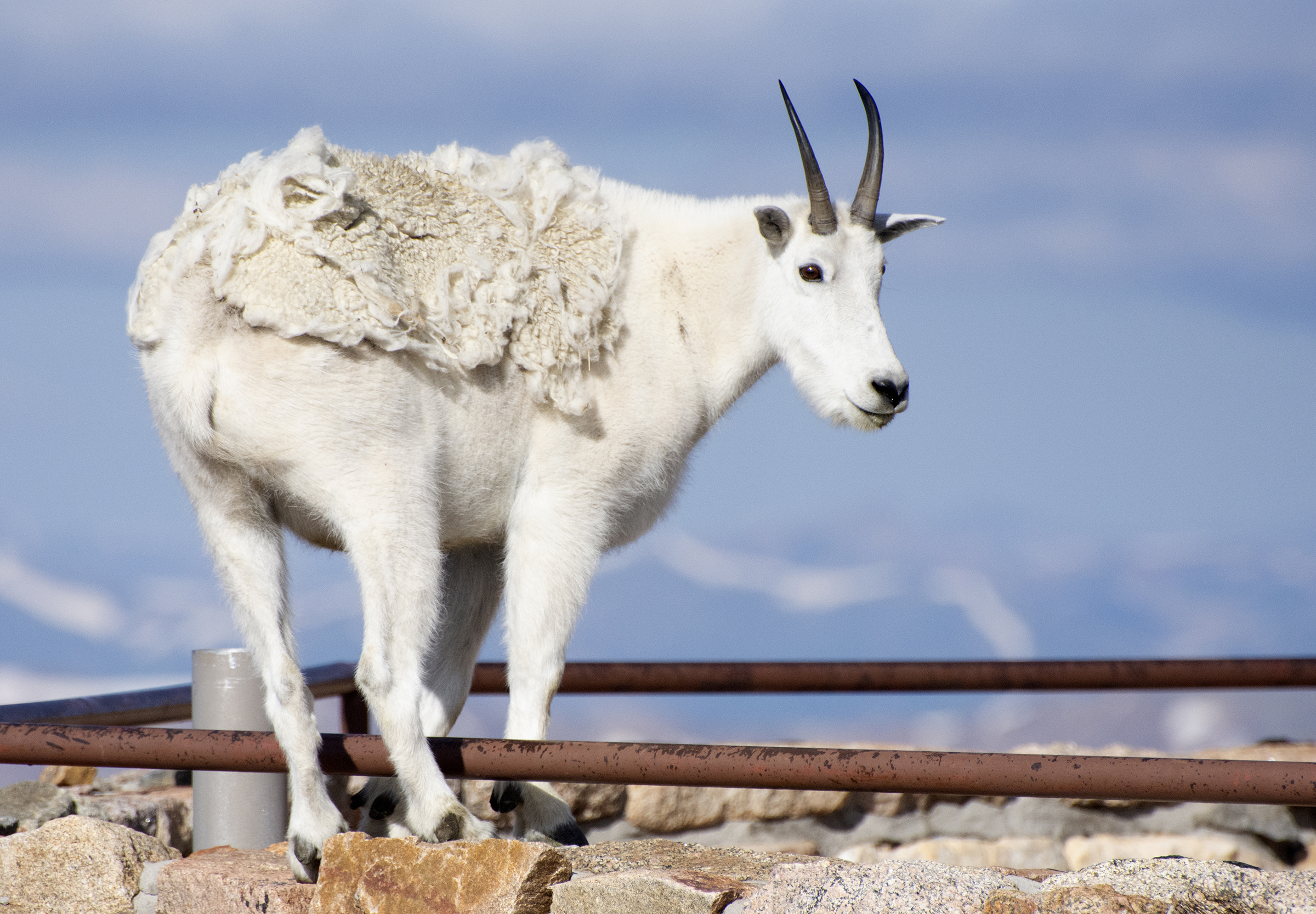 Colorado Parks and Wildlife biologist Lance Carpenter and wildlife pathologist Karen Fox have begun a study on the summit of Mount Evans to look into an unknown disease outbreak in mountain goats.

The main symptom the mountain goats have is diarrhea, however, the cause is still unknown. The result has been the loss of nearly an entire age class of baby mountain goats between 2013 and 2014 with low recruitment into the population since. Unfortunately, the outbreak was not observed from 2014 through 2018 like in 2013 until appearing again in 2019.

“Through necropsy examinations, we have found a mix of bacteria and parasites, none of which single-handedly explain the severe losses in the herd,” said Karen. “We are hoping to identify what specific pathogens, and what combinations of pathogens, are present before, during and after an outbreak of diarrhea,” Karen said.

Lance began collecting fecal samples on Thursday, July 23 to send to Colorado Parks and Wildlife’s (CPW) health lab for testing. In 2015, Lance put 20 satellite collars out on nannies to look at habitat use by the mountain goats. During that study, if the mountain goats showed signs of diarrhea we could have used the location data to backtrack where those goats were to see if anything changed land-use wise that may have caused this diarrhea in the kids.

Karen hopes to use the results from this study to aid in interpreting the relative importance of each organism and obtain targets for treatment or management of the disease. Nevertheless, they can use the samples to look for uncommon or unrecognized pathogens if the results indicate that the pathogens found are not associated with diarrhea.

One pathogen the CPW is exploring as a cause of diarrhea is E. coli which can be found in animals and people. Though certain strains of E. coli can be harmful especially if exposure is high, there are heightened levels of E. coli present at Mount Evans as a result of heavy human traffic and recreators going to the restroom all over the wilderness area.

Currently, Lance and Karen are urgently working to get a hold on the disease prior to it spreading to other mountain goats statewide. The monitoring helps to ensure that bighorn sheep living within the same habitat do not show any signs of symptoms.

For more information regarding Colorado Parks and Wildlife, visit: https://cpw.state.co.us