More boats requiring decontamination due to fouling by destructive mussels entered Colorado in 2021 compared to previous years, but the statewide inspection program coordinated by Colorado Parks and Wildlife again succeeded in keeping invasive mussels out of the state’s lakes and reservoirs.

“Colorado Parks and Wildlife continues to meet the challenge of protecting the state’s waters and infrastructure from aquatic nuisance species,” said Robert Walters, CPW’s ANS program manager. “But as boating season approaches, we continue to ask for help from boat owners in maintaining our mussel-free status.”

Mussels are destructive to aquatic habitats, can seriously damage reservoir infrastructure, and cause problems on boats.

Colorado’s ANS inspectors were busy during 2021. Staff conducted a total of 514,028 inspections and decontaminated 27,877 boats suspected of carrying mussels, other aquatic invasive species, or standing water. Most concerning is the continued increase in the number of boats fouled with mussels. In 2019, 86 boats were found to be fouled with invasive mussels. In 2020, that number jumped to 100. And in 2021 that skyrocketed to 181. Only 16 boats with mussels were found in 2017.

Contaminated boats come into Colorado from neighboring states, especially Utah and Arizona because of our proximity to Lake Powell which has been mussel-infested for years. Other neighboring states with mussel infestations include Kansas, Nebraska, Oklahoma, Texas, and South Dakota. Most Midwestern and East Coast states also have infested waters.

In 2021, Colorado Legislature passed House Bill 21-1226 which authorized Colorado Parks and Wildlife to implement a pilot roadside watercraft inspection and decontamination program. In 2022, the Aquatic Nuisance Species Check Station at the Loma Port of Entry on I-70 will be checking vehicles with watercraft on May 15, July 23, and September 5.

Some of the increase in inspections can be attributed to the large influx of outdoor recreation Colorado has experienced since the start of the pandemic. Colorado Parks and Wildlife understands that outdoor recreation is important to everyone’s physical and mental health and the state made a commitment to keep state parks open during the pandemic.

Since CPW’s ANS inspection program started in 2008, 6.1 million boats have been inspected and 172,460 boats have been decontaminated. The agency is aided in the program by Colorado counties, municipalities, water districts, federal agencies and private companies that also conduct inspections. CPW also works proactively looking for aquatic nuisance species by sampling waters throughout the state. In 2021, crews sampled 157 standing waters and eight flowing waters. The National Park Service provided CPW with 31 water samples.

Walters said that CPW will always remain vigilant in the fight against mussels.

“Mussels aren’t going away. However, by continuing our preventative watercraft inspection program we can keep Colorado’s waters free of invasive mussels.”

Boat owners are reminded to “clean, drain, and dry” boats after every use. Boaters should also inspect their trailers and look in hard-to-reach spots on boats and engines for evidence of mussels. Anyone who has used a boat in waters outside of Colorado should tell boat inspectors. Boat owners can also call any state park or wildlife office if they have questions or concerns.

For more information about aquatic nuisance species and CPW’s program, visit cpw.state.co.us/aboutus/Pages/ISP-ANS.aspx or read the Boater’s Guide to ANS Inspections. 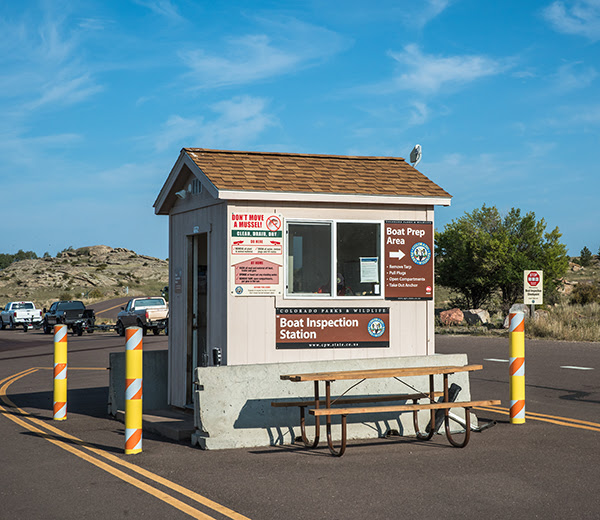 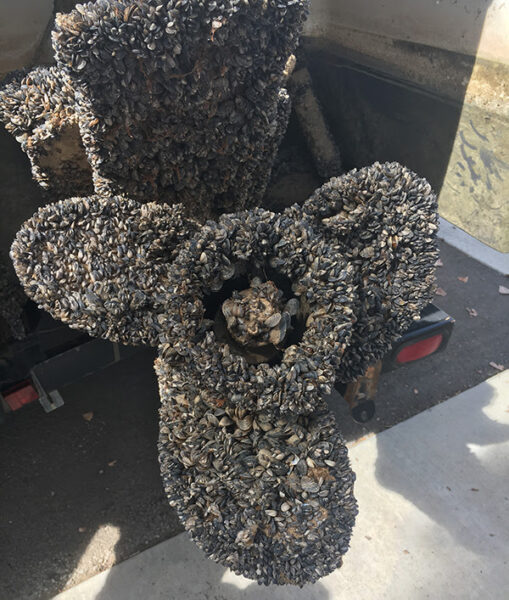