The 2021-22 NBA season hasn’t been the best for local Denver Nuggets fans. Despite the team’s incredible roster, serious injuries have slowed the team’s progress in the Western Conference. Still, there’s been one major silver lining on the court: Nikola Jokic.

The Serbian-born center joined the team back in 2015 and has since become one of the city’s, if not the state’s, most prized sporting talents. Last year, Jokic was named the NBA’s regular-season MVP. He beat out other top talents like Joel Embiid of the 76ers and Giannis Antetokounmpo from the Milwaukee Bucks—as well as veteran names like James Harden.

Already, local fans are wondering if Jokic’s current stats will be enough to see him nab the title again. At the moment, NBA predictions are still focusing on the regular season as teams advance toward a playoff position. However, coverage for the recent Nuggets vs. 76ers saw Jokic come out ahead—especially against fellow MVP candidate Embiid, Cameroon-born center for the 76ers.

But will it be enough to help propel Jokic toward another MVP award this year? Let’s break down the possibility.

Facing Off Against Embiid

As mentioned above, Jokic’s prime competition for the NBA MVP award is Embiid. The fellow center has been carrying the 76ers since being drafted in 2014. In fact, Embiid’s time with the 76ers closely mirrors Jokic’s own development with the Nuggets (since 2015). Both players are physically powerful, technically skilled with the ball, and visionary.

Jokic is no stranger to recording triple-doubles in just about any game. In fact, in January 2022 he posted six triple-doubles for a total of 12 (out of only 43 games). He’s incredibly efficient on the court, which makes him a pleasure to watch and easy to back in an MVP race.

Embiid, on the other hand, is competing right now with LeBron James for total points. While Embiid lost the head-to-head matchup against Jokic during the recent Nuggets-76ers game, these stats don’t translate to easy wins for MVPs. And with the recent move of Harden to the 76ers, will Embiid’s bid for MVP be boosted with a little help from one of the NBA’s top competitors? 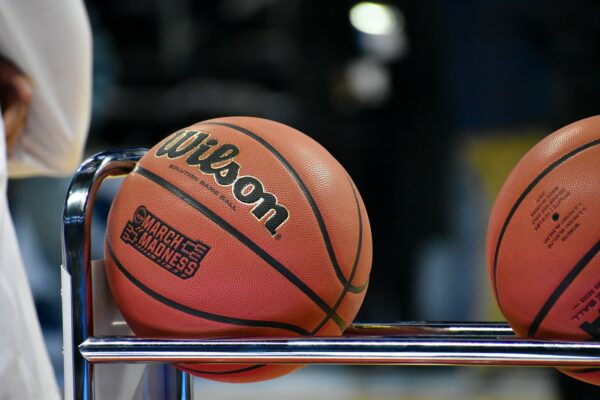 Building on Efficiency in Denver

If there’s one thing working in Jokic’s favor in Denver, it’s his consistency of play. He’s currently sitting at first in the league when it comes to overall player efficiency rating—and he has been for multiple weeks. Currently, Antetokounmpo trails him for second place, while Embiid is close behind in third.

However, it seems too late in the season to stop Jokic’s momentum in Denver. A high player-efficiency rating aggregates other stats, such as rebounds, assists, and steals. And when it comes to the NBA’s MVP race, there are few stats as critical for those in charge of finalizing a winner.

The proof of Jokic’s dominance isn’t just within the NBA, either. For weeks, Jokic has been the number one-ranked fantasy basketball player. Fantasy players around the country scramble for players like Jokic, as their high efficiency rating makes them one of the most consistent talents to add to a lineup.

A Comeback from the Morris Incident

This season hasn’t been smooth sailing for Jokic, even if his stats hint that there’s nothing amiss. In November, close to the season start, Jokic was involved with an on-court incident with Miami Heat star Markieff Morris.

What began as a foul ended with an extrajudicial shove from Jokic that saw Morris leave the game whiplash. While not uncommon to see such incidents unfold in a high-octane basketball match, the incident led to an off-the-court drama that soon ballooned into a Twitter spectacle that involved Morris and Jokic’s brothers.

Now that Morris has returned to the court in Miami, the incident has made headlines once again. At the moment, it’s unclear whether this will affect Jokic’s chances at an MVP nod—though locals are certainly pulling for their star center.