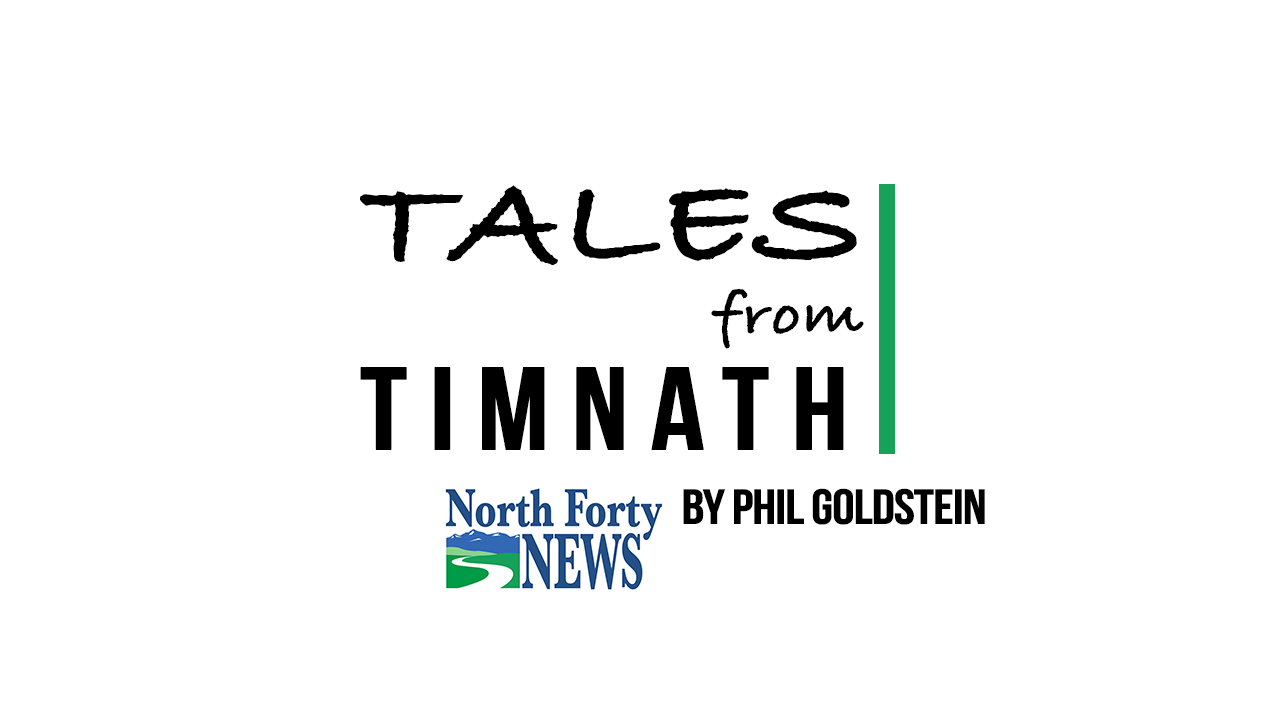 Since this is a November column, I believe some thanksgiving is in order. As I come up on the end of my third year of writing for North Forty News, I’d be remiss in not thanking Publisher Blaine Howerton for the opportunity to finally use my 1973 West Virginia University School of Journalism degree. Like presumably other area writers whom Blaine has given a forum for their work, I am most grateful, and I encourage readers to support Blaine’s tireless efforts to keep this unique, independent publication afloat by purchasing a subscription.

This column and the writing I also do for several other area publications came along at a time in my life when I was struggling with a post-retirement lack of relevance and identity. That dilemma was compounded by an increasing cynicism and skepticism about life and times. I definitely needed the distraction and distinction of a new challenge, and I found that the satire that is my frequent subject matter brought me surprisingly valuable recompense.

Like this column, my wife Amy came into my life at a most opportune time, so I’m certainly thankful for her. She puts up with my obsessive quirks—although I don’t know what’s wrong with alphabetizing the canned goods—and I’m proud of her two separate, long-time careers and now-thriving, post-retirement pet-sitting business.

I don’t have many extravagances, but I have an appreciation for quality automobiles, no doubt because, unless I wanted to walk during my high school years, I had to drive the family’s 1960 Studebaker station wagon. I also favor Texas-handmade footwear and certain classic wind-up timepieces. But my absolutely indispensable indulgence is an iPad Pro, the greatest innovation since books. I hope I’m never forced to choose between it and Amy if I can only keep one of them.

I’m thankful for my hard-earned state of mind of late. I know this might not resonate with those who don’t know me well, but it’s taken many years for me to move on from the self-imposed stress of 30 years in intercollegiate athletics administration, where taking my obligations seriously and never compromising my integrity were both a strength and my undoing at times. The figuratively good place in which I now find myself manifests itself in sleeping better, doing some of my best writing, and even playing some of my best pickleball, proving that a positive mental state is as important as physical preparation.

Speaking of pickleball, I also teach, coach, and run tournaments for my development’s residents. I’m thankful for those players who’ve bought into my message that it’s not necessarily athletic ability, strength, or fitness that determines success in this sport, only the willingness to listen, accept constructive input, not make excuses and learn from one’s mistakes. You few know who you are, and you make it worthwhile.

I’m thankful for the consulting work that continues to find me since I dislike idle time.

I’m grateful to the friends who coaxed me into taking up the drums six years ago. I just bought my second drum kit, I’m with a new band practicing in a studio I set up in my home, and now I’m as loud and cool as I’ve wanted to be ever since I was ten years old.

I’m thankful to Timnath Town Council for the continued privilege of serving on the Planning Commission and to my fellow commissioners for the honor of serving as your Chair these last eight years.

I’m thankful for some great role models I’ve had and even for those people who were the opposite, from whom I’ve learned what not to do.

I’m thankful to Orthopedic Center of the Rockies and Momentum Physical Therapy for always putting me back together after my admittedly obsessive recreation regimen has once again gone awry.

I’m thankful for incompetent people. Imagine how much more competitive the world would be if everyone was better at what they did.

Finally, I’m thankful for regular readers, both friends and strangers, who appreciate what I do here and consistently let me know that with their comments. When I started writing this column, I had no idea how gratifying it would be to see my efforts in print and online. But when I realized from your feedback that I was actually reaching others who could relate to my musings, now that was worth celebrating on the fourth Thursday in November.

Phil Goldstein writes Tales from Timnath periodically for North Forty News. Phil is a 12-year Timnath resident who proudly serves the Town of Timnath as chair of the Timnath Planning Commission. Phil is finally using his journalism degree after getting sidetracked 49 years ago. The views expressed herein are Phil’s only. Contact him with comments on the column or suggestions for future columns at NFNTimnath@gmail.com.