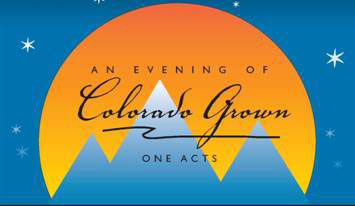 An Evening of Colorado Grown One Acts

The Bench by Nabih Saliba, directed by Kirsten Jorgensen-Smith

A full production of 3 new one act plays written by local playwrights.

Coal Creek Theater of Louisville is proud to present an evening of one-act plays, written by local playwrights, directed by local directors, and starring local actors. Enjoy our full productions of the finalists from the 2017 Front Range Playwrights’ Showcase: The Bench by Nabih Saliba, a lifelong writer whose works include numerous short stories, plays, and an upcoming book. Irregular Opening by Colette Mazunik, who received her MFA from The Actor’s Studio Drama School in New York. Collette’s work includes many acclaimed plays as well as short films. Her film Blind Date is shooting in New York this summer. Lastly, the 2017 Showcase winner, Michelin Star is by CU theater professor and Lousiville resident, Oliver Gerland, who also won the Showcase in 2015. Coal Creek’s An Evening of Colorado Grown One Acts is an educational and entertaining experience for audiences and actors alike. After the show, stay for talk-backs with the actors and writers, as well as other members of the Colorado theater community.