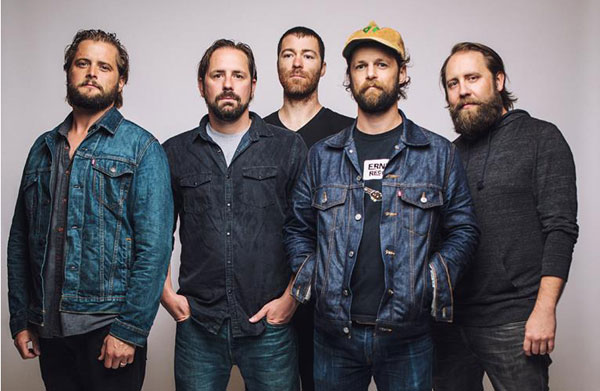 FORT COLLINS, COLO. – June 20, 2018 – The Lagoon Summer Concert Series is excited to welcome classic rock ‘n’ roll band, Strange Americans, to the stage on Wednesday, June 27. The concert will take place on the west lawn of the Lory Student Center and run from 6-8:30 p.m.

Strange Americans dubs themselves as a “Carhartt-wearing, hard-working, industrial beer-drinking” band that encourages listeners to embrace their classic, guitar-driven, true American side. The five-man band boasts an ability to weave new sounds and styles into their traditional rock sound, creating a musical experience enjoyed by audiences of all ages.

Hailing from Denver, Strange Americans has produced three full-length albums over the past six years: “Royal Battle” (2012), “That Kind of Luster” (2014), and “Borrow You, Brother” (2017). Band members include Matt Hoffman, Trent Nelson, Murry Mercier, Trevor Sinnard and Michael John McKee. Together, the quintet has established an extensive following across northern Colorado and beyond and has even been named as “Best Band” by Westword Magazine in 2013. Learn more at strangeamericansmusic.com.

Lagoon runs for eight weeks throughout the summer and features a variety of music styles, including country, reggae, folk, rock and more. Attendees are encouraged to bring lawn chairs and picnic blankets for an enjoyable evening of free music. Residents should be cautioned that there is no parking allowed on Plum Drive.

Visit the series website at www.lagoonseries.com to find frequently asked questions about the event, weather updates, band bios and more.