A new type of bicycle infrastructure made its debut recently on a section of East Pitkin Street following a repaving and utility project.

The new striping pattern called an “advisory bike lane” is the first such installation in the City and runs from Remington Street east to Smith Street. Although this type of infrastructure is new to Fort Collins, it has been used in other cities nationally and internationally, including nearby communities like Windsor and Boulder.

In an advisory bike lane pattern, a single center lane is marked for two-way motor vehicle traffic, and dashed bicycle lanes mark bicycle travel. A separate area is striped for parking, which, on Pitkin Street, is on the north side of the street.

Motorists travel in the center lane until they need to pass an approaching vehicle. After yielding to bicyclists, motorists can merge into the advisory bike lanes to safely complete the pass.

Advisory bike lanes are ideal for narrow roads with low vehicular traffic. The new striping is intended to improve safety for bicycles and vehicles alike. 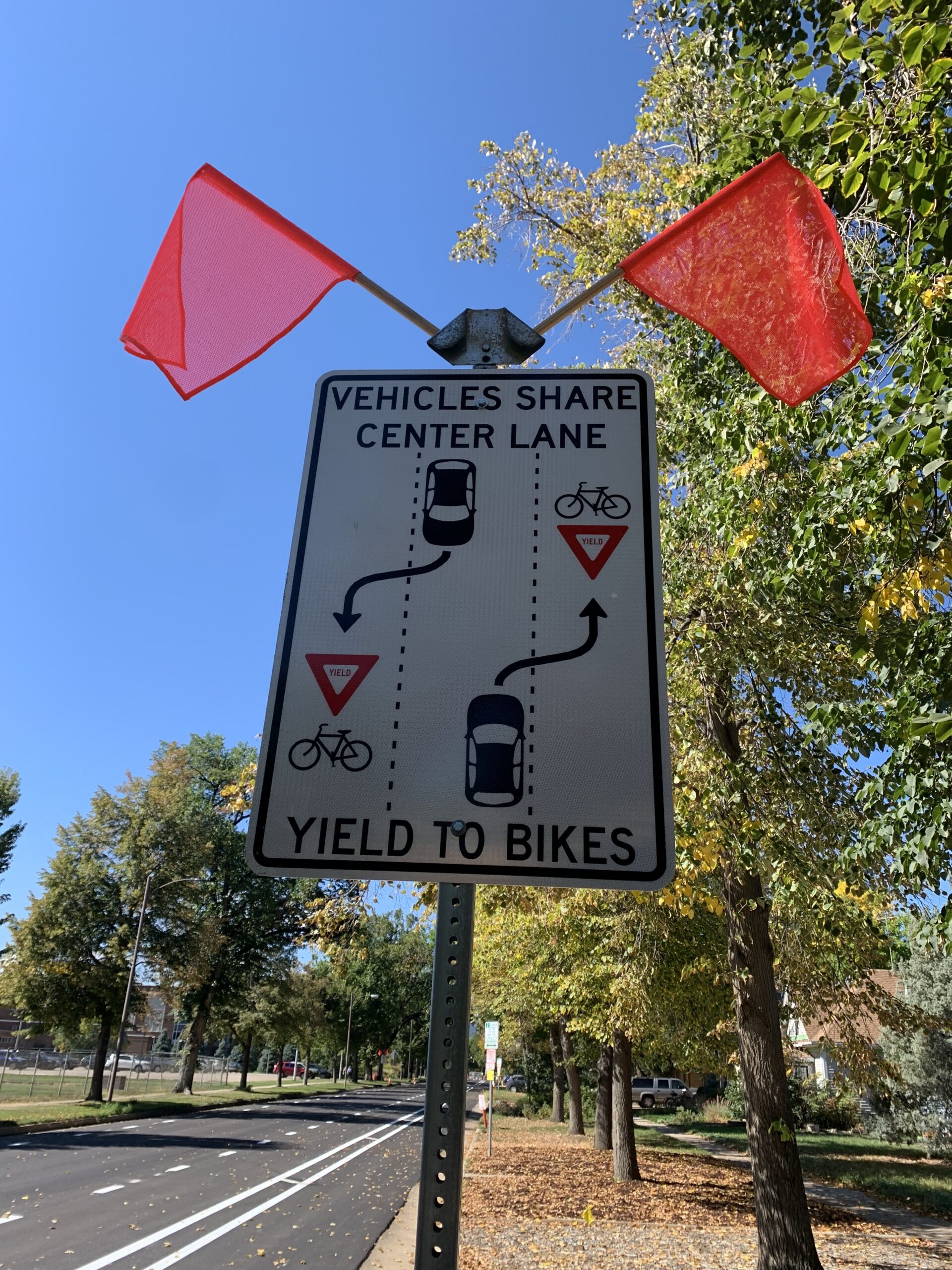 Pitkin Street is part of the signed Pitkin Bikeway, which runs east-west on city streets from Overland Trail, through CSU’s campus, and east to Riverside Avenue. A map of this bikeway and all signed bikeways in Fort Collins can be found at www.fcgov.com/bikemaps.

“We’re excited to test out advisory bike lanes in Fort Collins and see this as a great addition to our bicycle network,” said Cortney Geary, Active Modes manager for the City. “We hope the new roadway design will be more comfortable for people riding bikes, provide additional buffer space between pedestrians and motorists, and reduce traffic speeds.”

Fort Collins is a Platinum Bicycle Friendly Community as designated by the League of American Bicyclists and the City’s designation was renewed in 2021. Only four other communities in the country have achieved Platinum status.