The City of Fort Collins lineup of activities for the 2019 4th of July Community Celebration:

4th of July Parade
The Fort Collins 2019 4th of July festivities kick off with an Independence Day parade at 10 a.m. The parade travels west on Mountain Avenue, beginning at Meldrum Street and ending at Jackson Avenue. There will be street closures in the parade’s area and they limit parking in some areas.

When asked how it felt on D-Day and the night before, Curt said, “Like everyone else, you expect something but you don’t know what’s coming so you’re probably a nervous wreck. All the guys I talked with said ‘we have a job to do, we might as well get with it.'” 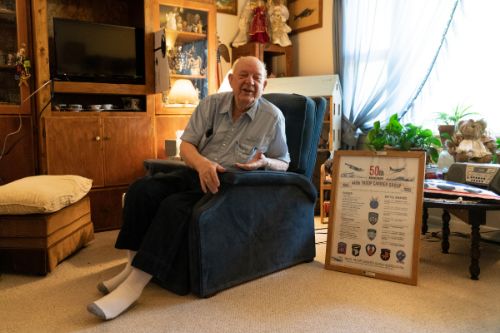 For more information on Curt  visit the Veteran’s History Project

The Fort Collins Symphony led by Maestro Wes Kenney and plays at 8:15 p.m. until the fireworks begin around 9:35 p.m. The grand finale is the Independence Day fireworks display over Sheldon Lake in City Park.

The fireworks display begins at 9:35 p.m., depending on wind and weather.