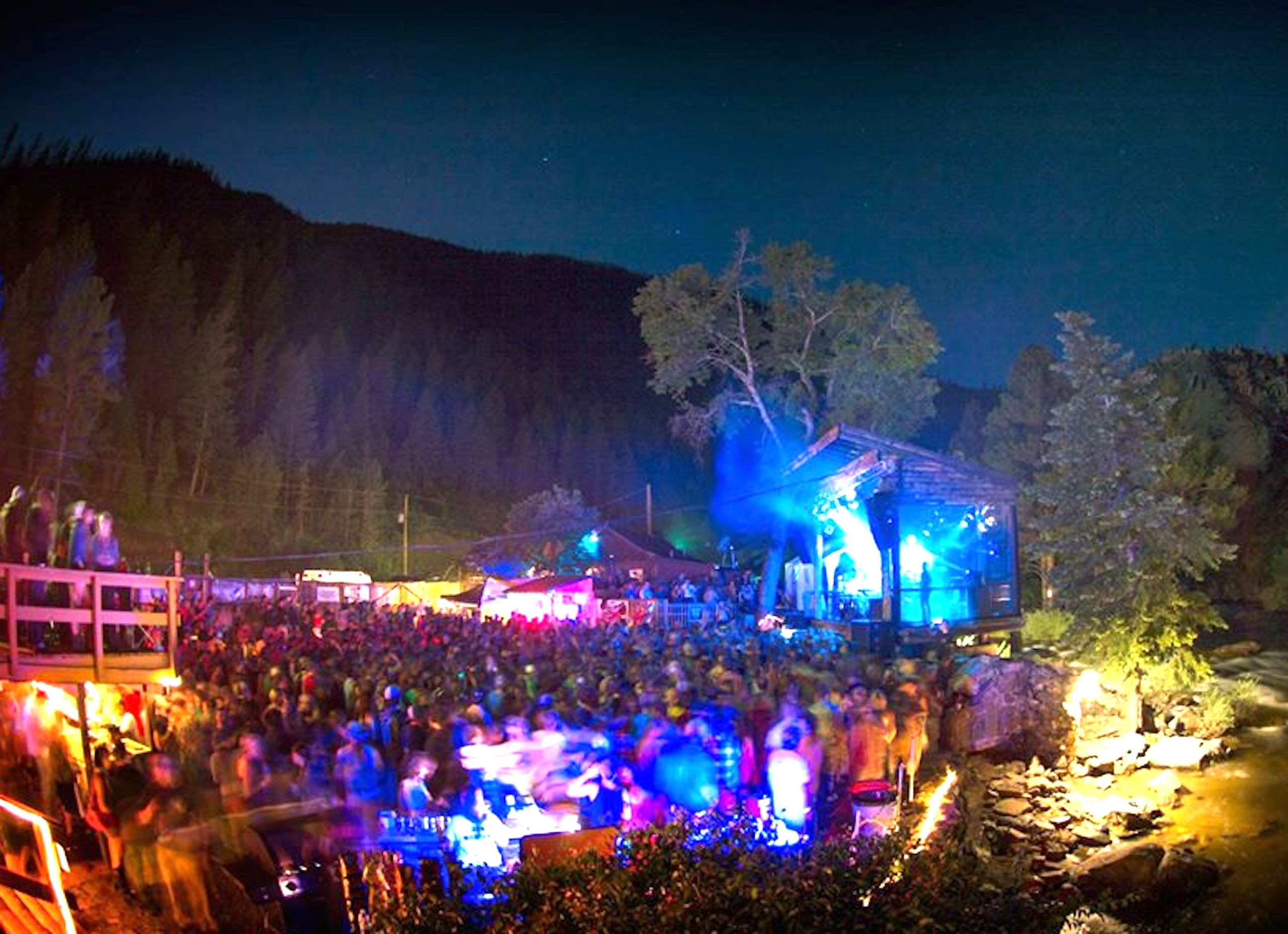 In 1916 Walter S. Thompson was inspired to build the Mishawaka Dance hall after being inspired by music in the Poudre Canyon. he homesteaded the property and opened it in 1919. Since then, it has been a destination for music and celebration.

In 2010, the Mish was reinvigorated by Dani Grant and her husband Matt Hoeven, Entrepreneurs and Music Lovers from Fort Collins.

The Mish has a full menu at its restaurant from 10am-10pm most weekdays and until 11pm on weekends. Music events run throughout the summer.

Movies at the Mish started in June and go through October. On July 18th, Shut Up and Play the Hits will be showing from 8pm – 11pm.

For the full schedule of music performances and Movies at the Mish go to https://www.themishawaka.com/